Fintech firms in Iran have overcome significant hurdles during the past year to participate in devising regulations and setting the stage to change the country’s financial landscape. 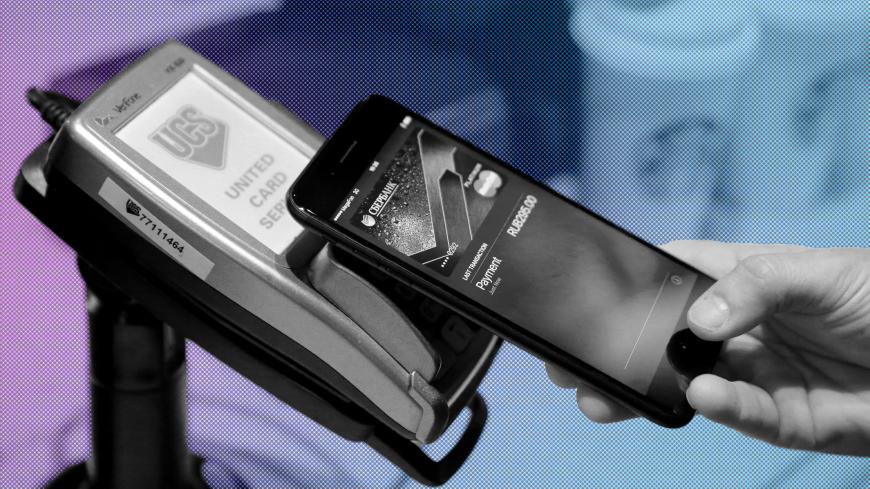 A man uses a smartphone to make a mobile payment in this illustrative picture, Moscow, Russia, Oct. 3, 2016. - REUTERS/Maxim Zmeyev

Against the backdrop of an ailing yet dominant banking system that is struggling to upgrade its operations, Iranian fintech firms are slowly but steadily fashioning a position for themselves. Local developments in the past year have made it clear that fintech firms will be a major part if not the architects of the future landscape of financial services in Iran.

On Dec. 14, Iran’s young Minister of Information and Communications Technology Mohammad Javad Azari-Jahromi promised that fintech companies would soon be connected to SHAHKAR, the ministry’s system for online identification of mobile carrier services users. This is the latest positive measure in line with strengthening the fledgling fintechs that will boost the security of and public trust in their operations. It is also important since they will be among the first private entities to join the system that was launched about three years ago but has only welcomed several state-owned banks so far.

Iranian fintechs are still at the beginning of their journey, but they have already had to fight hard to get where they are. Only last year, a slew of the most well-known fintech firms were still being suddenly blocked by the internet filtering committee of the judiciary and facing allegations of facilitating criminal wrongdoing by the Iranian Cyber Police. A major issue cited by both entities in the censorship of the firms was a lack of recognition by the Central Bank of Iran (CBI).

So fintech players sought official recognition from the regulator, whose response was refreshing and something not often witnessed in Iran’s regulatory landscape. For one, the Iran Fintech Association was formed in early March 2017 by a group of fintech companies at the proposal of CBI deputy for innovative technologies Nasser Hakimi. Then, the fintechs were invited to participate in the process of devising regulatory frameworks that would directly govern their future operations.

This led to the regulatory framework for the operations of payment facilitators to be revised three times after feedback was sought from industry players. The latest version of the regulatory framework was published on Aug. 18. It recognizes fintechs that facilitate payments as intermediaries. Therefore, it requires payment facilitators to partner with payment service providers affiliated with banks, who will in turn be charged with the responsibility of evaluating the eligibility of the fintechs and exerting supervision over them.

“This was a first-of-its-kind experience, so while it definitely has deficiencies and is still some distance away from what we had in mind, it was a very positive thing on its own that formed a collaboration at the highest levels,” Milad Jahandar, CEO of Bahamta, a payment facilitator fintech firm, told Al-Monitor.

According to Jahandar, a former head of the Fintech Association, the emerging startups would not have been able to achieve these results had they not established a collaborative effort in the form of the association. He said it was a remarkable feat that was fortunately met with a positive response by the regulator, leading to agreeable results for both sides and an ongoing endeavor to reform and progress.

CBI was originally slated to publish six regulatory frameworks for fintechs and cryptocurrencies by the end of the current Iranian year on March 20. But the timetable has been delayed due to the currency crisis that emerged following the reimposition of US sanctions and which has seemingly grabbed all the attention of the regulator for months. Except for the fifth regulatory framework, which deals with cryptocurrencies, the rest are related to fintechs, namely payment initiators, facilitators, aggregators, personal finance managers, and those offering loans and facilities, also entailing peer-to-peer lending, crowdfunding and crowdlending.

In early September, Bahamta made history by signing an agreement with Shaparak, the CBI’s executive arm for operating the country’s payment network, along with five other fintechs. They were the first to officially start operating within CBI’s legal framework.

“The best thing the agreement did for us was that it gave us legal legitimacy in answering requests filed by other government entities,” Jahandar said. He explained that fintechs wish to look at it as an extension of the framework that defines the don’ts and the red lines. “We were among the first groups of startups to be regulated and recognized by the government brass, and I think this in itself is a big thing and a turning point for the interaction between the government and startups in the country,” Jahandar said.

In late 2017, Pomegranate Investment AB, a venture capital firm specializing in direct and indirect investments set up in Sweden in 2014, agreed to invest €500,000 in Bahamta to grab 14.3% of the company’s shares. “The investment will help Bahamta recruit more talent and grow as a company and continue to develop its offering in the now emerging fintech industry in Iran,” Pomegranate said.

As Jahandar described, on top of investments, the thing they looked for the most in their negotiations with potential investors was transfer of experience and expertise. “In addition to the money Pomegranate brought in, the experience of running a firm on the international scale that they transferred to us has been immensely valuable,” the Bahamta CEO said.

Stringent US sanctions reimposed after President Donald Trump's unilateral withdrawal from the Joint Comprehensive Plan of Action on May 8, 2018, have since changed the game. But as Jahandar sees it, every threat also brings an opportunity — this time perhaps for investors, both local and foreign, who are willing to take a risk to help develop a lucrative niche market.

While the sanctions will certainly constrain Iranian fintechs as the penalties are more broadly putting pressure on the country’s entire financial system, they won’t be able to kill progress of financial technology in a nation marked by its educated millennials.

“As someone who’s working in this market, I can say without any exaggeration that I see a very bright future for Iranian fintechs, especially considering the constructive interaction formed between fintechs, banks and the [CBI],” Jahandar said, predicting that due to the rapid progression of financial technologies, Iranians will witness collaborations during the next one or two years that will significantly impact and alter Iran’s financial and payments landscape.