Controversy implodes at Al-Azhar in the wake of PDA incident

Although Al-Azhar’s grand imam reversed a decision to expel a female university student for hugging a male friend, the issue has revived fears over conservative and religious views rampant in Egypt’s universities. 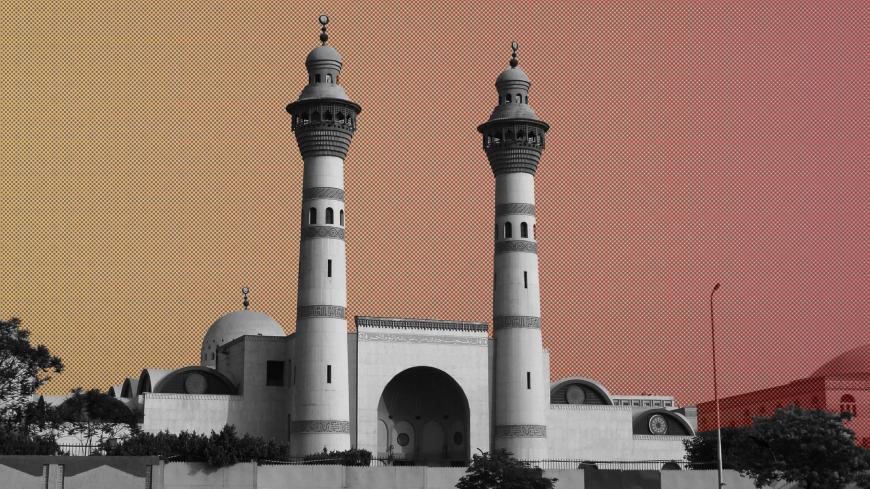 CAIRO — A decision to expel a female student from Al-Azhar University’s Mansoura branch Jan. 12 has stirred controversy across the country.

The decision was made after the student in question hugged her friend at a birthday party held inside the campus of Mansoura University. With people taking opposing positions, a number of campaigns were launched in defense of the Egyptian student. A handful of hashtags created by activists and artists have managed to garner popularity, including ones that translate into #LoveisnotaCrime and #IstandinSolidaritywithAlAzharStudent.

Conversely, some criticized the acts of the two students for being supposedly too indecent for a university campus.

A video went viral on Jan. 2 that shows a young man kneeling down and holding a flower bouquet he presents to his female friend (who attends Al-Azhar University) before hugging her inside the campus of Mansoura University, which is affiliated with the Ministry of Education and is not related to Al-Azhar University.

Being found in violation of social values, Mansoura University stated on the same day that a decision was made to refer the male student to a disciplinary board. The university also sent a report briefing the incident to Al-Azhar University regarding the female student, who is studying Arabic at Al-Azhar’s Mansoura branch.

“The female student’s acts were a complete renouncement of Al-Azhar values, as well as social and university values,” Mahrasawi told the media Jan. 12.

The same justification was cited in a press statement released by Mansoura University Jan. 14 that read, “A decision has been made to expel the male student on the grounds that he disrespected university values and customs as well as public norms.”

The story continued to develop in light of wide public reaction on social media. Grand Imam of Al-Azhar Sheikh Ahmed al-Tayeb called on the university to reconsider its decision in a Jan. 14 press statement in which Tayeb urged Al-Azhar to “take into account the juvenility of the female student, her educational future, and to put advice and guidance over enforcing punitive actions.”

In compliance with Tayeb’s statement, the High Disciplinary Board for Students at Al-Azhar University has reduced the punishment from expulsion to barring her from taking her exams for the first semester of this year.

Following Al-Azhar University’s move, calls were also raised to reduce the punishment imposed on the Mansoura University student that will affect his educational future. Subsequently, a follow-up decision was issued by the disciplinary board at Mansoura University on Jan. 15 to mitigate the punishment to barring him from taking his exams for the first semester. The decision came after Minister of Higher Education Khaled Abdel Ghaffar intervened and demanded a reduced punishment.

Intisar al-Saeed, director of the Cairo Foundation for Development and Law, believes “the hugging incident” has been blown out of proportion.

Saeed told Al-Monitor, “The incident did not call for such punitive action in the first place. But this sort of matter is to be expected from Al-Azhar University because we are dealing with men of religion.”

She noted that the Al-Azhar grand imam’s position in the matter shows he is walking a path of openness that does not go in line with the official conservative line of Al-Azhar.

Meanwhile, Iham Shahin, who teaches Aqida (Islamic Creed) and philosophy at Al-Azhar University, stressed to Al-Monitor that “Al-Azhar imam and the university are on the same line,” adding, “If a judgment involving injustice or lack of compassion was made, Al-Azhar imam would intervene to remedy the situation.”

Shahin believes the decision was steeper than the incident. The female student does not deserve to have her future go into waste. She based her assessment on an Islamic jurisdiction rule: “A punishment shall be in correlation to the crime, no more, no less.”

Shahin stressed that the female student’s mistake was that she didn’t stop her friend from hugging her, probably due to her young age and lack of life experience.

Organizing birthday parties and engagements among students inside Egyptian universities has become commonplace in recent years, with many such events occurring in front of a large number of students. This was the case in universities such as Helwan University, Misr University for Science and Technology, and Zagazig University, among others. The “hugged girl,” however, attracted the most attention since she was expelled.

The initial decision to expel the female student is a first in Egypt. In October 2017, a similar incident took place at Tanta University when two friends of the opposite sex hugged each other at an engagement party. But the university decided back then to bar the students in question from taking their exams in one course only.

According to the Disciplinary Regulations for university students, if students are found guilty of indecent acts, the punishment starts with barring them from an exam and expands to expelling them indefinitely. In the case of the female student, Al-Azhar University used the maximum penalty before the grand imam intervened.

Ahmad Zarea, a spokesperson for Al-Azhar University, told Al-Monitor, “The university is a place of science, not for having engagements and parties.” He added that “hugging” contradicts social values and is not acceptable inside the university in any shape or form.

Zarea clarified that the decision to expel was made in accordance with the legal disciplinary boards, stressing that it was a legal decision rather than a religious one.

Zarea also stressed that, while the so-called hugging incident took place at Mansoura University rather than Al-Azhar University, “the girl is an Al-Azhar student. This affiliation entails a responsibility on her to conduct herself in a way that consists with the university. In addition, Mansoura University is also a place of science where such an act is not acceptable, not to mention the vicious outcry on social media that hurt the university’s image after the hugging video surfaced online. As such, punitive action was a must.”

Noteworthy is that Al-Azhar University practices single-gender education where women and men have separate campuses and any encounter between them is prohibited.