Egypt's new administrative capital getting its own 'Nile' 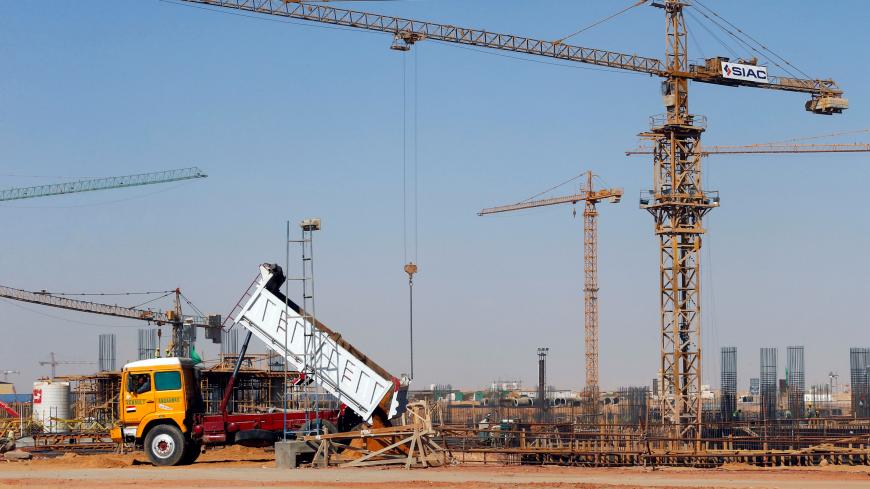 Egypt is racing against time to build a river in the middle of the desert, to go with the new administrative capital it is working on about 30 miles (45 kilometers) east of Cairo.

On Jan. 14, Prime Minister Mostafa Madbouly attended the construction launch of the Green River project, worth 9 billion Egyptian pounds ($501.8 million), in the $45 billion new administrative capital. Seven construction companies are working on the project, which involves hundreds of workers.

Madbouly said during the ceremony that the man-made river will link a series of the new administrative capital's "smart," modern neighborhoods and will feature a chain of gardens making up one of the most distinctive botanical parks in the world.

The government is committed to completing the park project within 18 months. The park will be more than 10 kilometers (6.2 miles) long and will span an area of ​​more than 1,000 acres (4 square kilometers), making it one of the world's largest parks.

“It is a garden that will respect the topographical nature of the place and be in harmony with the general ecosystem. It will also provide entertainment areas of international standards," accessible via a network of paths for walking and biking, the prime minister said.

The park plans include an Islamic Garden, a covered garden, social club, sports club, hospital and health center. They also include a restaurant with a lake view, an arts garden, a heritage garden, a recreational park, open theater and library and a central courtyard for the central business district.

Real estate developers and economists have praised the entire project, and say Green River will be similar to famous parks around the world, including Central Park in New York.

“I believe that the new administrative capital will be similar to Washington, D.C., in the US where all businesses and government institutions will be located,” said Fathallah Fawzi, a real estate developer and CEO of MENA for Touristic and Real Estate Development.

The Green River project will be essential to link all those buildings and provide green spaces. “Any city should include parks and greenery spaces,” Fawzi told Al-Monitor. The project also serves the seven goals of the new administrative capital: "To be a green city, a sustainable city, a city for pedestrians, a city for housing, a connected city, a smart city and a business city," he added.

Ahmed el-Shami, an economist and professor of feasibility studies at Ain Shams University, said the Green River project will help give the new capital an urbanized look and will be its “lifeline.” The project will be carried out in cooperation with the private sector, which will provide opportunities for local and foreign investments and create jobs for hundreds of Egyptians. “The new administrative capital as a whole will attract foreign investments, as it includes several housing, real estate and business projects,” he told Al-Monitor.

Water experts have also praised the government’s green plans to use treated wastewater in the Green River. Madbouly said during the opening ceremony that the government is placing great importance on water use. Even the gardens in the homes will use treated water.

Diaa el-Deen el-Kosi, a water expert and former adviser to a previous irrigation minister, said relying on treated wastewater is a good option, but the government should have a clear vision about other resources it will use to provide water for the new city and its millions of residents.

The new administrative capital will span 168,000 feddans (275 square miles) and it is expected to attract 7 million residents.

Kosi said the nearest water source will be the Nile River, but he added that the government may install desalination stations near the city to take advantage of water from the Red Sea or ground water.