A series of attacks and assassinations in Raqqa and Deir ez-Zor have heightened tensions between the Arab population and Kurds. 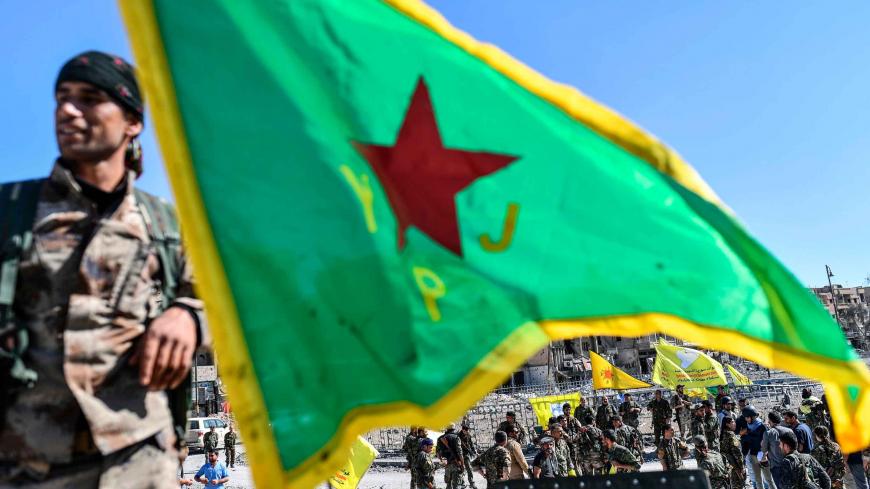 RAQQA, Syria — Operating from northern Syria, the United States has focused its Syria policy on the war on the Islamic State (IS) and the containment of Iran. Yet, the self-declared Democratic Federation of Northern Syria, led by the US-backed, Kurdish-dominated Syrian Democratic Council, is only as strong as its weakest link, namely the Arab regions of Raqqa and Deir ez-Zor, which are still plagued by security incidents and a peripheral war with the self-proclaimed Islamic caliphate.

The battle overseen by the US-led coalition and Kurdish-dominated forces against IS in Hajin appears to be coming to a close after four months of fighting that began in September. According to the coalition, an estimated 2,000 IS fighters who remained in control of territory were cornered on a small swath of land between Hajin, in Deir ez-Zor, and the Iraqi border, an area amounting to less than 1% of the ground the group had previously held in Syria and Iraq. On Dec. 14, the UK-based Syrian Observatory for Human Rights said that IS’ last significant toehold, the town of Hajin, had been captured by the US-backed forces. IS elements remain in control of some small villages in the area.

Daham al-Monadi al-Khalil, a lawyer, told Al-Monitor that IS is down to relying on a number of dormant cells in various villages and towns in Deir ez-Zor. Despite having been decimated, IS has nonetheless proved itself capable of waging counterattacks in the area, even with the US-led coalition providing air cover for the Syrian Democratic Forces (SDF). The last week in November, IS militants killed at least 50 SDF fighters in Deir ez-Zor in an operation considered to be one of the deadliest the beleaguered organization has recently launched.

The battle against the terror organization has faced a number of challenges, for instance, when it was paused at the end of October while Turkey bombed Kobani and Tell Abyad, forcing SDF fighters to abandon frontlines with IS toward the north.

Another challenge involves relations with local populations. “The main issue the Americans and the SDF are facing in Deir ez-Zor is the lack of trust by the local Arab population,” said Iyad al-Karaba, a Deir ez-Zor resident, to Al-Monitor. “The latter still see the Americans as invaders and is thus less likely to coordinate or offer information on the group’s activity.”

IS has also been able to maintain dormant cells in the city of Raqqa. On the morning of Nov. 2, Sheikh Bashir Faisal Huwaidi of the powerful Afadala clan was found shot to death. IS claimed responsibility for his assassination. A week later, a car bomb exploded near the headquarters of Abu Jassim al-Raqawi, an SDF leader, and on Nov. 27, another bomb exploded near the headquarters of the SDF-affiliated Future Movement.

“IS is waging its last, existential battle, and its fighting hard,” Sheikh Mohamad Nour Theeb, a member of the Raqqa local council, told Al-Monitor. Yet, Theeb said that the situation in the city has significantly improved.

The town nonetheless continues to face major problems. In a September interview with Al-Monitor, Leyla Mustapha, co-chair of Raqqa’s local council, had complained about the massive issues facing the city, 95% of which has been destroyed. Sixty bridges and 27 schools have completely disappeared, and the electricity grid and healthcare system have collapsed. Mustapha estimated that the cost to rebuild the electrical grid for a single street would be around $5 million.

The city’s problems, in addition to IS' antics, are adding to tensions between Arabs and Kurds. According to local sources, Kurds say they do not entirely trust the Arabs who collaborated with IS, while Arabs believe the Kurds are monopolizing power in majority-Arab regions, including Raqqa and Deir ez-Zor.

“Arabs have very little influence on decisions taken in Raqqa,” an activist from the city told Al-Monitor, speaking on the condition of anonymity. “Even in Deir ez-Zor, the military council does not have real power.”

The city of Raqqa is currently managed by a local council under the regime of the Democratic Federation of Northern Syria, which extends across northeastern Syria. The council is jointly managed by two co-chairs — one a Kurd, Mustapha, and the other an Arab, Abed al-Mehbach.

Additional sources of tension stem from the sidelining of some Arab commanders by SDF leaders. Khalil said confusion surrounds the fate of Arab commanders like Abou Issa, who had led the Liwaa Thuwar Raqqa.

The climate of mistrust makes Raqqa and Deir ez-Zor fertile ground for foreign intervention. IS is utilizing its connections in Arab regions to fight off the SDF and target its Kurdish-led and Arab forces in attempts to sow chaos.

Meanwhile, Syrian President Bashar al-Assad’s regime maintains indirect influence on Arab areas in the east, thanks to its relations with local tribes. “Influential tribal leaders, such as Nawaf al-Bashir, still reside in Damascus and have a say over the Deir ez-Zor and Raqqa regions,” said Karaba, who underlined that both IS and the regime are the most influential elements in the two Arab areas.

Turkey is also jockeying for position through its Arab connections in Raqqa and Deir ez-Zor. According to Khalil, Ankara, in a forward-looking effort, is working on uniting tribal leaders living in Turkey who are connected to the areas and funding underground initiatives in the region.

Investment, which is essential to stabilization efforts, has been slow to reach Raqqa and Deir ez-Zor. On Dec. 5, however, Kurdistan 24 reported that the United States had raised $325 million in contributions and pledges from members of the coalition against IS. According to the article, the money is earmarked to support “critical stabilization and early recovery initiatives in areas liberated from [IS] in northeast Syria.”

“Money is very much needed,” said Karaba. “We need to once again provide employment and services to Arab areas. In brief, we need one success story to restore trust between Arabs and Kurds.”