Russia, Turkey content with talks on Syria but fate of YPG still unclear

Russian and Turkish officials meet in Moscow following President Trump's decision to withdraw US forces from Syria, but make no public mention of what will happen in Manbij. 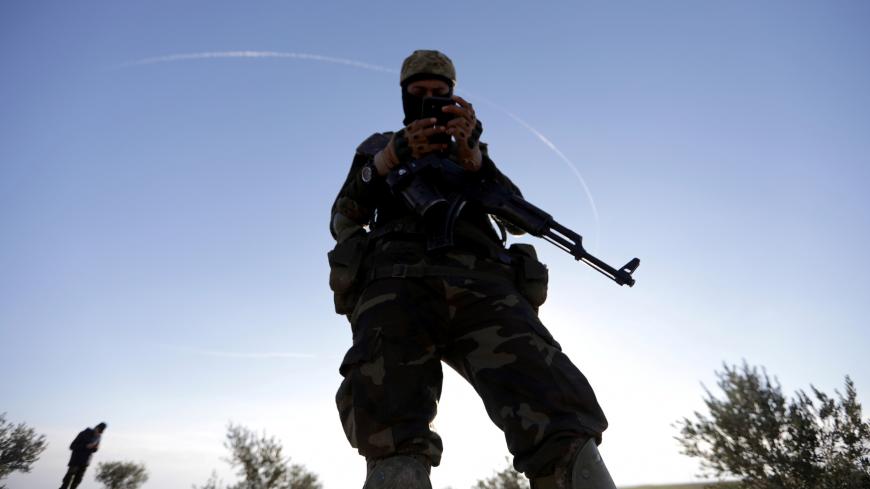 Since US President Donald Trump made the snap announcement on the drawdown of US troops from Syria, there has been no shortage of speculation about ultimate winners and losers. Yet the main pacesetters in Syrian dynamics these days — Russia, Turkey, and Iran — have all had similar concerns over the possible immediate complications the snap Trump decision may entail politically and operationally.

While the dominant view in Moscow seems to have been that the move empowers Turkey, many in Ankara suggest that the Trump decision further reinforces Russia’s role as a dealmaker in Syria and that all roads involving the situation in Idlib and the east of the Euphrates now lead to the Kremlin.

Both parties are probably right in their respective views about this situation. Turkey is a critical power in the Middle East: While Washington may not have a clear vision for the region, there are enough professionals on all levels of the American government who recognize Turkey's importance and push for a closer relationship between the two NATO allies. Trump’s “handing over” of Syria to Turkish President Recep Tayyip Erdogan is largely seen in Moscow as a reflection of this intent. So are the likely sale of the Patriot air-defense system and the lifting of sanctions against Turkey.

On the one hand, for Russia, the entire approach to the dealings with Erdogan was not so much about driving wedges between Turkey and the United States as about offering sets of incentives powerful enough to make Ankara want to cling to Moscow rather than Washington. Russian President Vladimir Putin personally has been meticulously working on this policy for a long while.

It’s no coincidence that on the day the high-level Turkish delegation arrived in Moscow, Russia’s Agriculture Ministry announced it is considering doubling the quota for tomato imports from Turkey to 100,000 tons a year. Moscow lifted a ban on vegetable imports from Turkey in November 2017, but the quotas have remained a sore point in bilateral relations.

On the other hand, Turkey has been skillful enough to play both Russia and the United States to extract the best possible deals for Ankara's own interests. The stress test of the downed Russian jet in late 2015, however, made Erdogan more cautious not to overplay his cards with Putin. Moscow and Ankara have since been more prudent when walking on each other’s terrain. The current state of affairs in Syria makes this experience particularly helpful. Russia shows empathy for Turkey’s fundamental security concern about the YPG and other Kurdish forces. Turkey, in turn, has to side with the Russian agenda on preserving Syrian territorial integrity and on Assad as being ruler of the country — at least for now.

“We are coming from the view that the Kurdish issue is a sensitive one in the entire political mosaic of Syria. Turkish actions in the north of the country are a temporary measure which has to do with their security concerns, primarily with the terrorist threat. Turkey is stating its full commitment to Syria’s integrity and Moscow has no grounds for distrust,” Gennady Gatilov, Russia's ambassador to the UN mission in Geneva, told Izvestia newspaper Dec 25.

Russian Foreign Minister Sergey Lavrov reiterated the idea three days later, on Dec. 28: "We approach Ankara’s plans to hold additional counterterrorist actions in the east of Syria from the position [of the need] to eliminate terrorist remnants on Syrian territory and restore Syria’s sovereignty and territorial integrity.”

The meeting in Moscow showed the sides are watching each other to ensure the other party doesn’t gain something to the detriment of its own agenda. Neither, however, rushed ahead to fill the void that is being left by the United States. Hence, the rails of the associated agreements within the Astana format continue to remain the general framework for the trilateral cooperation between Russia, Turkey and Iran.

“We held a very useful meeting of our interdepartmental team. … We paid special attention to the new circumstances that have emerged after the US-announced withdrawal of its military from Syria,” Lavrov said following resumption of the talks with his Turkish colleagues.

Essentially, the three takeaways from the meeting include, as Lavrov put it: understanding how Russian and Turkish military representatives “will continue coordinating their steps 'on the ground' under new conditions”; mapping out “specific measures on invigorating joint work aimed at creating conditions that will allow more refugees to return home”; and the launch of the constitutional committee “that is to begin working in Geneva … now with Geir O. Pedersen, the new UN special envoy for Syria.”

“Turkey and Russia have the common aim of clearing Syria of all terror organizations,” Cavusoglu added, speaking after Lavrov.

“Turkey will continue to be in close cooperation with Iran and Russia on Syria and regional issues,” the Turkish foreign minister said.

No mention was made of the YPG or of the situation in Manbij, where conflicting news about the Syrian army presence have been pouring in for a few days. On Dec. 28, the Syrian army was reported to have been deployed in Manbij, while the next day YPG sources said that Damascus “has no plans to enter” the city itself and that Syrian troops are only in the area.

At first glance, it’s hard to marry the idea of a Turkish “counterterrorism operation,” which clearly implies pushing YPG forces out of the areas they now occupy, with the notion of “territorial integrity” unless Moscow has some solid guarantees from Ankara that the latter will either vacate the areas or transfer them to the control of Syrian forces. There are many theories on how this might occur.

One is that the situation with the YPG may be part of a Russia-Turkey “quid pro quo” deal on Idlib. Another suggests that Moscow may propose to the YPG some kind of arrangement for an engagement with Damascus that would both save Kurdish forces from facing off against the Turkish military and be relatively suitable for Ankara. In the absence of a better alternative, the Kurds may embrace this as an opportunity to have a strong voice in post-conflict Syria. Otherwise the bitter lesson of the Afrin campaign earlier this year might repeat itself.

The bottom line is that Moscow is unlikely to agree to a scenario that could be seen by Erdogan as hurting Ankara’s security interests or his domestic standing in the run-up to March 31 local elections over concerns that such a situation could entail more assertive and less cooperative Turkish behavior. Coincidentally, the election will take place around the time the deadline for the pullout of US troops expires; the next three months could be critical to the fate of the area and Turkey’s own positions in Syria. A subtle, tenacious political tug of war between Russia and Turkey is likely — not to mention the involvement of Iran, which is seemingly out of the picture but in reality hasn’t gone anywhere. Still, the process will be done within the existing semi-diplomatic formats.

The next summit of Astana group leaders — Putin, Erdogan and Iranian President Hassan Rouhani — will take place “some time in early 2019” in Russia. Depending on the date and the state of play in Syria by then, Turkey’s president may go see his Russian counterpart in Moscow or Sochi before the summit. Erdogan tops the list of foreign leaders with whom Putin has held the most phone calls in 2018 — 18. By comparison, Putin had 10 calls with Israeli Prime Minister Benjamin Netanyahu and two each with the leaders of the United States, Iran, Saudi Arabia, Jordan and Egypt). Also, multi-channel contacts with Turkey take place on a daily basis.

“I would like to thank … all our Turkish friends once again for our joint work and particularly for the conversation that we had today,” Lavrov said at the conclusion of the meeting with the Turkish delegation.

“That allows us to enter the New Year with more optimism regarding the Syrian settlement.”