The Russian president still needs the United States to keep the pace, and the peace, in Syria. 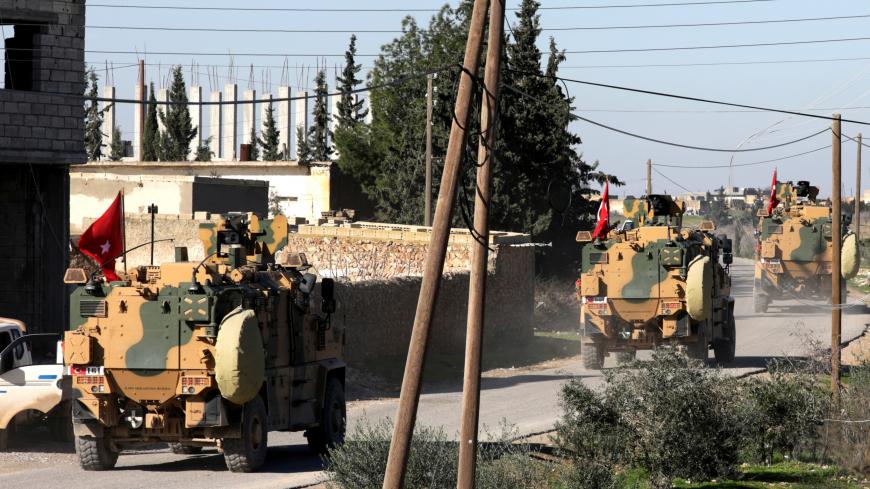 Russian President Vladimir Putin has, so far, held off a Syrian government assault on Idlib and prevented an escalation by Israel and Syria, and by extension Iran. But keeping the peace in Syria will ultimately require deeper US-Russian coordination to manage the US troop withdrawal and prevent another round of costly bloodshed.

“When Moscow decided to launch a military operation in Syria in 2015, several goals were established. More than three years later, virtually all of them have been achieved,” writes Fyodor Lukyanov. “Radical Islamists have been crushed. President Bashar al-Assad has retained and strengthened his power. Russia’s regional clout has grown dramatically alongside its military and political impact on the global stage.”

Putin’s latest effort is to seize the opportunity of the withdrawal of American troops in Syria to prevent a Turkish-Syrian conflict and re-establish Syrian government control over those areas held until now by the Syrian Democratic Forces (SDF) with the support of soon-departing US forces.

A Turkish ministerial delegation was in Moscow on Dec. 29 to work through the details, which will be challenging, given Turkey’s preoccupation with destroying the Syrian Kurdish People’s Protection Units (YPG), and the bad blood between Turkish President Recep Tayyip Erdogan and Assad. But the initial signs are good for those who consider Syrian state control of its territory as progress toward the end of the war.

“In the current situation, we are still supporting the integrity of Syrian soil,” Erdogan said Dec. 28. “These areas belong to Syria. Once the terrorist organizations leave the area, we will have nothing left to do there.”

While the United States may hope to leverage the new turn in US-Turkey policy to counter Iran in Syria, Washington is starting from behind, having ceded the diplomatic track to Russia until now. Lukyanov says the “Astana format is a miracle in itself since it witnesses the cooperation of states that are largely distrustful of each other and have different interests in most regards. However, the Russia-Turkey-Iran triangle demonstrates a new type of partnership. The parties are united not by the desire to attain a common goal but each to achieve its own. However, each party understands that the other two make it all possible.”

Meanwhile, Erdogan’s next steps are fraught with risk and uncertainty. “The Turkish government is approaching the matter cautiously, despite the self-congratulatory mood in Ankara,” writes Semih Idiz. “Turkey has put its planned operation in northern Syria on hold for the time being, and is cooperating with Washington to facilitate a coordinated and orderly withdrawal of US forces from the region. … The question in many minds concerns the risks to Turkey that will attend Ankara’s commitment to fight IS [the Islamic State] after the United States pulls out of Syria.”

“Other developments being watched carefully in Ankara include the decision by the United Arab Emirates to reopen its embassy in Damascus, which appears to be a prelude to Assad’s normalizing ties with rival Arab states,” adds Idiz. “The UAE decision comes only a week after Sudan's Omar al-Bashir visited Assad in Damascus. There is even talk of Syria returning to the Arab League soon. The Arab League had condemned Turkey’s past incursions into northern Iraq against the PKK [Kurdistan Workers Party] as a violation of Arab sovereignty. A Turkish incursion into Syria could, therefore, cause an Arab backlash.”

With the US pullout, Putin is even more on the spot in Israel. "Israel could not have sent a clearer signal,” writes Ben Caspit. “President Donald Trump might be pulling US troops from Syria, but we [Israel] are staying. We will not be deterred by Iranian threats, we will not bow our heads to Russian pressure, and we will not ignore Syrian President Bashar al-Assad and his allied Lebanese Hezbollah militia.”

“Israel fully understands the complexity and volatility of the situation,” adds Caspit. “The airstrike attributed to Israel in the late hours of Dec. 25 does not augur well. It marks another stage in the slow but ongoing slide by all sides involved on Israel's northern front into a danger zone, where each could easily lose control and set off an all-out conflagration. We are not there yet, but if this trend continues, we might be someday.”

“Outwardly, Israel continues to signal seeming equanimity over the speedy US pullout from Syria, but officials concede in internal discussions that the move greatly complicates things for Israel,” Caspit continues. “The pullout is not taking place in a vacuum…With each passing month, it becomes clearer that Russian President Vladimir Putin’s pledge to keep Iranian forces in Syria at least 80 kilometers (50 miles) from the Israeli border is not holding water. Following the most recent IAF strike, a senior Israeli official told The Associated Press that Iranian forces had returned to 'the forbidden zone' and crossed the 80 kilometer line. Israel knows it has to keep the Russian bear as calm as possible, but it will never be able to truly trust it.”

Given the risks ahead, the US remains, as we wrote here in June, the missing piece in Putin’s Syria strategy. “Syria has failed to amplify and give a boost to the US-Russian agenda,” writes Lukyanov, “and the constructive, albeit reluctant, interaction between the two countries' militaries seems likely to be on the wane and may even be viewed as something no longer necessary.”

Some American officials were “taken aback” by the decision of the YPG to seek support from the Syrian government to deter an attack by Turkey, according to The New York Times. We here at Al-Monitor were "taken aback" that anyone who works this issue could be "taken aback" by this development. As we wrote here last week, we have been all over this trend, including the Russian role in mediating between Syria and the Kurds, since 2016.

Robert Ford, former US ambassador to Syria, picked up these trends, writing in The Washington Post last week that the United States should offer “Russia cooperation in smoothing the way for a deal between the SDF and Damascus that would allow Syrian troops to return to eastern Syria in a manner that meets Turkish security concerns and gives no new space to the Islamic State.” Ford, who has criticized US policy as “behind the curve,” had previously supported arming moderate Syrian opposition groups and advocated US talks with the radical Salafi group Ahrar Al-Sham.