The art of the deal in Helsinki – the next chapter

More than 11% of internally displaced people have returned to areas retaken by Syrian government forces this year. 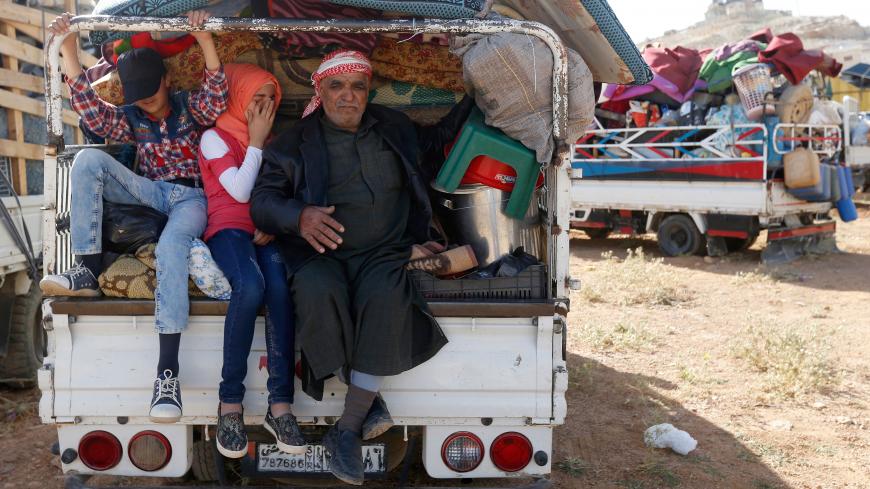 The understanding on Syria reached by US President Donald Trump and Russian President Vladimir Putin in Helsinki on July 16, especially regarding the return of refugees, represents a potential watershed in recasting US-Russian coordination to expand humanitarian assistance and bring the seven-year war to a close.

The attention given to Trump’s remarks on Russian meddling in the 2016 election at the summit may be drowning out awareness of the impact of Helsinki, which is already being felt in the region. There seems to have been a list of short- and long-term action items for both principals in advance of the next summit in Washington in the fall. And Putin is already busy on his list.

The short-term tasker, and the one with immediate resonance, is the initiative on Syrian refugees and internally displaced people (IDPs). The Russian Defense Ministry sent proposals to Washington on July 20 for US- and Russian-led monitoring groups in Lebanon and Jordan to facilitate the return of Syrian refugees and the plan to finance the reconstruction of Syrian infrastructure. Lebanese Prime Minister Saad Hariri, in a turnaround, has welcomed the initiative on refugees, signaling perhaps a change of view, or at a minimum acceptance, by leaders in Riyadh and Abu Dhabi.

The Trump-Putin agreement comes at a time when Syrians are returning to their homes in areas retaken by Syrian government forces. There are 5.6 million refugees and 6.6 million internally displaced Syrians. But the trend appears to be reversing; Syrians are going home. The UN High Commissioner for Refugees (UNHCR) reported this week that despite 140,000 Syrians displaced and in need of safe passage in southeast Syria as a result of recent fighting, so far in 2018 “nearly 13,000 refugees from neighboring countries and another 750,000 IDPs are estimated to have returned to their homes in Aleppo, Homs, Hama, Rural Damascus, Damascus, southwest and northeastern Syria.” Two days after the summit, the Russia and Syrian governments announced plans to set up an IDP return center. In a conversation with French President Emmanuel Macron, Putin discussed the “humanitarian aspects of the Syrian settlement process, including the implementation of a joint Russian-French initiative on rendering assistance to the population of eastern Ghouta.”

So more than 11% of Syrian IDPs have already gone home this year. We can probably expect that number to grow once the Syrian government retakes areas in the southeast. It is only a start, for sure, but nonetheless a substantial and underreported fact and trend — not a Russian or Syrian “narrative.” It is also a sign of the potential further impact of the Trump-Putin understanding on Syria.

And then there is the longer-term, more complicated Putin business regarding Israel and Iran. Maxim Suchkov reports that “prior to the Helsinki meeting, Russia had been expected to deliver primarily three things: guarantee Israel’s security from what Prime Minister Benjamin Netanyahu sees as a growing Iranian presence on the Syrian-Israeli border, curb Iranian influence in the rest of Syria and open up to some kind of engagement with the United States and interested European states — all to ensure America’s own military pullout from Syria. Hence, the statements and moves Russian officials have made in the few days following the Helsinki meeting are meant to signal that Moscow has been delivering on what appears to have been its promises to each party: security for Israel, cooperation with Iran and engagement with the West.”

On July 19, Russia’s Syria envoy Alexander Lavrentiev visited Tehran for meetings, including with Saeed Irvanii, deputy secretary-general of Iran’s Supreme National Security Council, as reported by Al-Monitor staff. The next day, Putin was on the phone with Israeli Prime Minister Benjamin Netanyahu.

Russia, Suchkov adds, “is moving steadily toward gradual implementation of its vision for the Golan Heights, while conveying to Iran that these policies are the least painful solutions to the interests of the Islamic Republic when measured against disincentives of a larger regional war. Moscow also seeks to persuade Tehran that its proposal on the Golan Heights doesn’t mean Russia prioritizes Israel over Iran, nor does it undermine Russian-Iranian cooperation against what both deem terrorists in Syria. Between the lines, Moscow thus signals the Trump administration it is capable of ensuring Israeli security from what Trump and Netanyahu see as the biggest threat.”

“Iran understandably appears to be wary of Russia flirting with the Israelis and Americans,” Suchkov continues.

Although Iranian Supreme Leader Ayatollah Ali Khamenei on July 22 referred to talks with the United States as “useless,” Tehran, according to Suchkov, “has a rather limited number of options: either agree to the vision that Moscow proposes — albeit with some amendments — or wave it off and face military escalation in addition to sanctions and pressure from within. To a large extent, the same holds true for Israel and the United States. They are skeptical over Russia’s ability to deliver on this policy. Yet since Israel’s security is arguably the only thing Trump really cares about vis-a-vis the conflict in Syria, he may accept the Russian vision for the Golan Heights and the southern de-escalation zone, since it virtually relieves him from yet another headache in the Middle East he’d otherwise have to deal with. It’s more complicated with the Israelis, but since they genuinely count only on themselves anyway, the Russian proposal gives them just another yet important ‘security layer’ against Iran.”

“Turkey relies on its burgeoning ties with Russia to counterbalance its deteriorating ties with the West,” writes Idiz. “Nevertheless, calls from Moscow for Turkey to hand over areas it captured from the YPG [People's Protection Units] in northern Syria to the Assad regime have caused irritation in Ankara. … Russia’s plans for the Kurds in any future constitution for Syria — a topic that is expected to be revived in the coming weeks — also represent an area of uncertainty for Ankara. Turkish officials are aware that Washington and Moscow do not share their concerns regarding the YPG and the Syrian Kurds.”

“Given that Assad will ultimately have to negotiate with the YPG and PYD [Democratic Union Party] in northern Syria if pushed by Washington and Moscow, Ankara’s task does not appear easy,” adds Idiz. “Meanwhile, the Turkish side is upset at reports that Russia is warning the FSA [Free Syrian Army] that Idlib in the north will be the regime’s next target following its successful operations in the south. Turkey has troops deployed in Idlib in so-called de-escalation zones agreed on by Russia, Iran and Turkey. Some of the opposition fighters streaming into the region after being defeated in the south are listed as terrorist groups by Moscow and are seen as legitimate targets. These include Hayat Tahrir al-Sham, which many claim is supported by Turkey. Erdogan reportedly issued a counter warning during his phone conversation with Putin before the Helsinki summit, saying that any move against Idlib would destroy the Astana peace process for Syria, which is sponsored by Moscow, Ankara and Tehran. Apart from the prospect of losing Idlib to the regime, Ankara is also worried about a new influx of refugees from the region. That could leave it facing a crisis like the one Jordan now faces after regime forces defeated the opposition in Daraa.”

Putin is not someone who works for free. If he believes he is helping Trump to achieve a responsible exit from Syria, while assuring Israel’s security, this is big stuff, and the Russian president also needs a win from the art of the deal. For Putin, that means relief from at least some of the US sanctions on Russia. His offer of a referendum in Crimea can be considered part of this bigger package. Last week we reminded readers “this column wrote last month, ‘Putin’s diplomacy to date has been instrumental in preventing an escalation in Syria, but he can only keep it up for so long without an assist from the United States. But the question is whether Trump will buy into Putin’s plan, and at what price.’ And we wrote a year ago, ‘Russia welcomes and needs US partnership in stabilizing Syria, but whose [Putin's] leverage with Damascus, Tehran and Ankara could be weakened, rather than strengthened, by closer ties with the United States. … Putin’s endgame is relief from US-led sanctions. If no sanctions relief is forthcoming, Putin will have little interest in carrying Trump’s water at the expense of his regional ties.’”