Why was the Palestinian Legislative Council dismantled?

Palestinians are losing hope in their government and its institutions, especially after the Palestinian Constitutional Court issued a decision to dissolve the democratically elected Palestinian Legislative Council that represented all Palestinian parties. 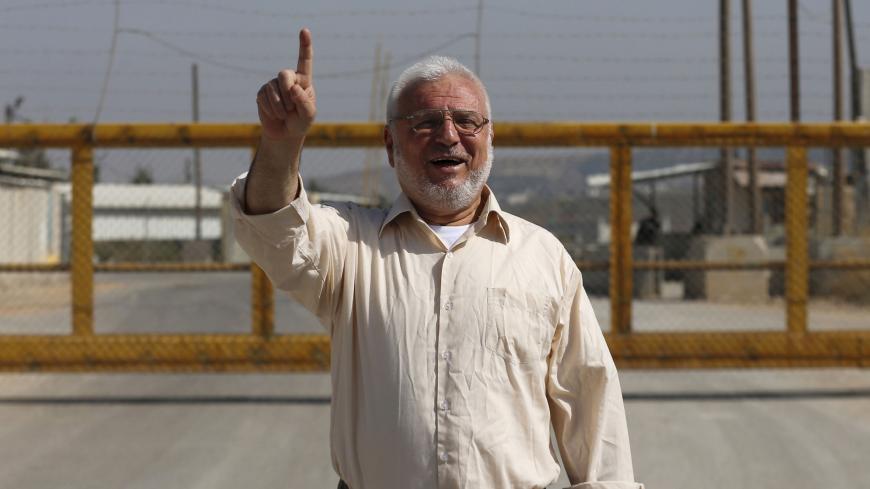 When Aziz Dweik and other elected members of the Palestinian Legislative Council (PLC) attempted Dec. 26 to reach the PLC in Ramallah to hold a press conference, Palestinian security forces stopped him and his entourage. Dweik, elected in January 2006 as speaker of the PLC, was told that he is no longer a member of the PLC, which was dissolved by the Palestinian Constitutional Court.

While the pro-Hamas speaker was trying to speak out against the decision to strip him from his powers, Ahmad Harb, a Hamas parliament member who was elected as deputy PLC speaker to Dweik, was meeting with some of the Gaza-based parliament members in Gaza Dec. 26.

Harb stressed his rejection of the court decision, which also called for new elections within six months. Harb has called the move to disband the PLC “a violation” of Palestinian Basic Law.

But after the short-lived Haniyeh administration ended with the appointment of Salam Fayyad as prime minister on June 15, 2007, the council became immobile due to the Gaza events in June 2007, when Hamas militants succeeded in removing members of the Palestinian presidential guard; Hamas has ruled Gaza since. Parallel Palestinian governments have been functioning since then in the West Bank, which is loyal to President Abbas, and in Gaza, which is loyal to the Islamic Hamas leadership.

Jabarin — whose organization on Dec. 10 received jointly with Israeli human rights group B'Tselem the 2018 Human Rights Prize of the French Republic — said that every legal entity in Palestine is being ruined. “There is no longer any independent body or legal institution that people can go to in order to see justice being served. Our country is being destroyed from within, and all checks and balances are being violated.”

Instead of dissolving the council, Jabarin argues that the leadership should be spending its time in creating a process that “allows for the participation of people through revitalized and truly representative bodies.”

Anis F. Kassim, editor of the Palestine Yearbook of International Law, expressed a similarly pessimistic view. Kassim told Arab News Dec. 24 that he believes the decision of the Palestinian Constitutional Court is a political decision and not a legal one.

Kassim added, “It reflects a political move aimed at supporting the aspiration of President Abbas.” He argued that the Palestinian leadership “has lost its way” by pushing for such a decision that reflects “the rule by law rather than the rule of law.”

Regardless of the opposition, Abbas plowed ahead in his efforts to implement the court order by meeting Dec. 24 in Ramallah with Hanna Naser, the head of the Central Election Commission, to stress his support for holding legislative elections within six months.

But the idea of legislative elections alone has not fared well, including with some of Abbas’ top officials. Saeb Erekat, the secretary of the PLO's Executive Committee, said Dec. 23 that the vote must be held for both legislative and presidential positions.

On the other hand, Majed Aruri, executive director of the Commission for the Independence of the Judiciary and the Rule of Law (ISTIQLAL), doesn't expect that elections will ever take place. Writing on the left-wing website Watan.tv, Aruri argues that the Palestinian leadership was well aware that a huge blowback would occur against holding elections without a political agreement, but that in the end, most people will forget about the dissolving of the PLC, which was the main goal of the Palestinian decision.

According to Aruri, the real purpose of the push for a decision from the Constitutional Court was to bypass the article of the Palestinian Basic Law that deals with what happens if the presidency is vacated.

The relevant Article 54.2 states: “If the office of the President of the National Authority becomes vacant due to any of the above cases, the Speaker of the Palestinian Legislative Council shall assume the powers and duties of the Presidency of the National Authority, temporarily for a period not exceeding (60) sixty days, during which free and direct elections to choose a new president shall take place in accordance with the Palestinian Elections Law.”

Speaking to Al-Monitor, Aruri explained that for Abbas and his PLO loyalist, the problem is Hamas’ speaker, Dweik. “In order to bypass the possibility of a Hamas person taking over the Palestinian presidency — even for a short time — the leadership wanted to negate Dweik and the 2006 PLC.”

Aruri noted that “for 12 years, the immobilized PLC was not a problem to the current political structure; the only problem they had with the council was how to overcome Article 54.2,” he told Al-Monitor.

While Palestine is still not an independent state, it has a number of functioning democratic institutions that have previously been a source of confidence to Palestinians living under occupation. The internal Palestinian conflict since the 2007 events in Gaza has caused major erosion in Palestinians’ trust of government institutions. It is important that in order to move forward, a clear and practical mechanism is created.