An Iraqi official's statement against the Baha'i religion raises concerns of Baha'is and other religious minorities in Iraq. 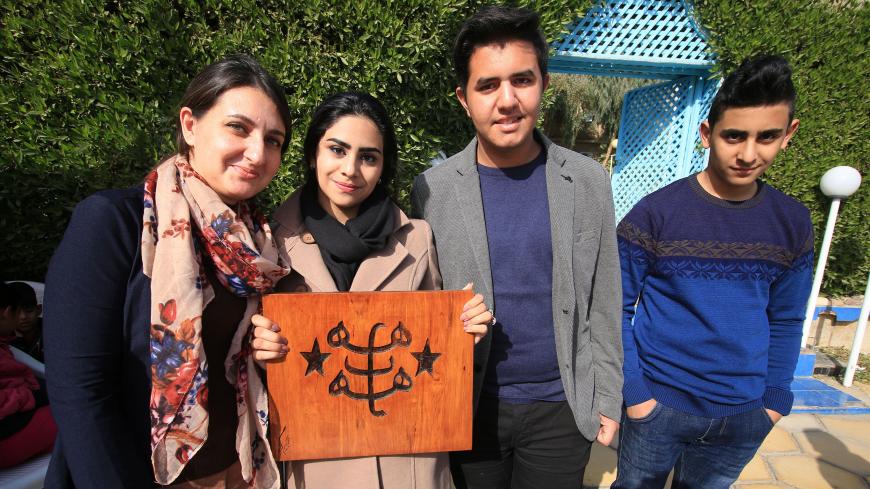 Zuhairi’s statement angered representatives of civil society and the delegations of organizations that presented parallel reports to the government’s report in which they outlined the Iraqi government’s and the Kurdistan Regional Government’s violations of the rights of minorities.

Al-Namaa Center for Human Rights director Hassan Wahab said, “The parallel reports put forward by civil society organizations confirmed that minorities face discrimination. The religious discrimination against Baha’is has created controversy given the statements of the head of the Iraqi government’s delegation.”

Hasso Hormi, head of the Yezidi Foundation in the Netherlands, was part of the civil society delegation. He said the governmental delegation of 23 representatives left a negative impression of the Iraqi government’s commitment to human rights, especially after Zuhairi’s statement. Hormi said, “The statements on the Baha’is were warning signs as they revealed a dangerous shift in the Iraqi government’s mentality. This shift will negatively impact the future of minorities and lead to draining Iraq’s rich diversity whether at the cultural or identity levels.”

The official representative and advocate for Baha’i rights at the Kurdistan Regional Government’s Ministry of Endowment and Religious Affairs, Sarmad Moqbel, disagreed with Hormi’s opinion. Moqbel did not find that such statements represent a new negative shift in the government’s mentality. He said the development is nothing new and does not provide any new information on the official attitudes of the Iraqi government toward Baha’is but only expresses a predominant point of view within Iraqi government.

Moqbel said, “The statement reveals the issue of how the government deals with factions having different beliefs and thoughts. Those groups have a right to be different, and we cannot breach people’s freedom to choose the ethical path they are convinced with or coerce them into giving up their different convictions. We cannot impose conformity to the majority’s mentality and beliefs.”

While official Baha’i representatives in Baghdad reiterated their belief in a harmonious and peaceful national spirit based on accepting all citizens and their religious diversity as an intrinsic economic and social component, they said Baha’i institutions are concerned because Zuhairi’s statement could encourage extremist and discriminatory attitudes.

They also expressed worries that such statements could tarnish Iraq’s international reputation and status as they reflect Iraq’s lack of commitment to international statutes and agreements guaranteeing human rights and freedom of religion. This is particularly dangerous since Iraq has signed such agreements and has a legal obligation to maintain its promises.

Iraq’s 2005 constitution includes no mention of Baha’is as an acknowledged religious minority. Baha'is feel threatened by this lack of acknowledgment and because Iraqi governments since the 2003 invasion that eventually brought Shiite Muslims to power did not establish any initiative to eliminate Law No. 105 of 1970, which prohibited all Baha’i activities. As a result, the law entered into force despite its being unconstitutional under the 2005 constitution, which states in its articles the need to guarantee freedom of religion and belief for all citizens.

Baha’is today are not just asking for the annulment of the mentioned law, but also asking for the removal of all instructions to implement it in the first place, namely Regulation 358 of 1985 of the Department of Civil Status Affairs. The latter prohibits the issuance of new identity cards to Baha’i faith followers and alters their civil status so that they register as Muslims.

Baha’is have not gotten back their administrative buildings, which were confiscated after the Baha’i ban law was issued. Baha’is have other more complicated demands that the Iraqi government cannot easily solve. For instance, they are demanding the restitution of one of the key holy Baha’i landmarks, which is the house Baha'u'llah inhabited in Baghdad near Al-Karkh, after he was sent into exile from Iran in 1853 during Qajar Dynasty rule. This holy site for Baha’is around the world, which is also a place of pilgrimage, was destroyed in July 2013 even though it had been classified as a heritage site in Baghdad. The Shiite Awqaf in charge of religious endowments currently controls the site, which had been turned into a Shiite mosque in the 1920s. The site now has a husseiniya, or Shiite congregation hall. The destruction occurred less than two years after Iraqi Culture Minister Saadoun al-Dulaimi issued a decree deeming Baha'u'llah's house a heritage site; his pronouncement is found in Statement No. 42 published in issue 4224 of Iraqi Facts on Dec. 26, 2011,

Zuhairi’s statements raised Baha’i people’s concerns and indicate that the Iraqi government cannot solve the conflict between respecting human rights called for in its constitution and the Islamic principles that are a key source of legislation. This divergence likely will always cause problems, such as Zuhairi’s statement regarding the Baha’i faith, and will continue to worry other unrecognized minorities in Iraq such as Zoroastrians and Kakais.