After decades of suppression, Baha'is celebrate publicly in Baghdad

Baha'is are celebrating a religious event publicly in Baghdad for the first time in their history in Iraq, as they gathered to commemorate the bicentennial of the birth of Baha’i faith founder Baha'u'llah. 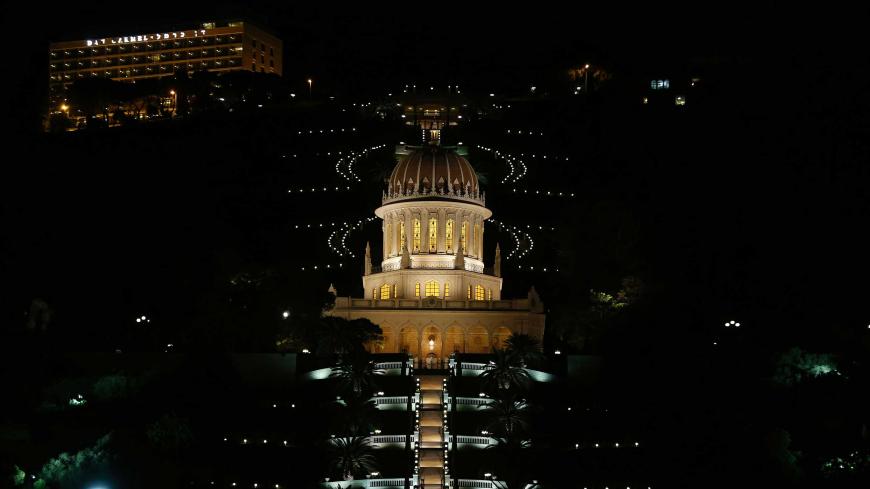 Baghdad — On Nov. 30, Baha’is celebrated the bicentennial of the birth of Baha'u'llah, the founder of the Baha’i faith, in a ceremony in Baghdad attended by representatives from the Iraqi parliament, the Iraqi High Commission for Human Rights (IHCHR), the United Nations Assistance Mission for Iraq, civil society as well as media activists.

This is considered the most prominent ceremony where Baha’is officially announced themselves for the first time in 47 years, as the Baathist Revolutionary Command Council issued Decree No. 105 in 1970 to ban Baha’i activities. As a consequence, Baha’i administrative institutions in Iraq were dissolved and any activity where Baha’is declared their religious identity was punishable by imprisonment.

Kawakeb Hussein, who was arrested under the 1970 decree, spoke to Al-Monitor about the decree’s negative impact on the Baha’i identity. She said, “The law attempted to obliterate the Baha’i religious identity, strip us of our beliefs and dissolve our identity into that of the Muslim majority. However, the Baha’is’ celebration 47 years after the official ban proves that eradicating Baha’i belief from Iraq is almost impossible, as it was from Baghdad — which the Baha’i prophet named the City of God — that this worldwide religion was announced.”

A speaker at the ceremony from the Central Baha’i Forum mentioned that Baghdad is a sacred city for Baha’is as well as how important it is to hold ceremonies in Baghdad as a solidarity action against the difficult circumstances Iraq is going through. In this context, Aseel Salam, a Baha’i activist, told Al-Monitor, “The organizing of this ceremony in Baghdad connotes several messages, among which is the importance of Baghdad as a sacred city for Baha’is, as it is the capital city where Baha'u'llah launched his call in 1863. His house, where Baha’is from all over the world travel to perform pilgrimage, is in Baghdad as well. Moreover, Baghdad holds a special place in Baha’i history, as Baha'u'llah was exiled there from Tehran before he was exiled again in Istanbul and Edirne [in Turkey] prior to his last exile in Acre [in Syria, now Israel].”

The ceremony included a set of activities, including a joint prayer that stressed the importance of men and women praying together along with people of all ages and different religious backgrounds. They prayed for the unity and safety of Iraq. Solidarity speeches were given by speakers who asked guests to show solidarity with Baha’is to obtain official recognition as an Iraqi religious minority. They asked for support to rescind the law on prohibiting Baha’i activity, which is still in effect despite the fact that the law contradicts the 2005 constitution, which guarantees freedom of belief to all citizens. The ceremony was concluded with a screening of a film about the life of Baha'u'llah in Arabic to present the history of the Baha’i faith and its underlying principles to the attendees.

Diaa Yaa’qoub, a member of the Central Baha’i Forum, explained the main message of the ceremony. He told Al-Monitor, “The celebration meant to assert the principles of the Baha’i faith, which denounce intolerance and violence, instill gender equality, and make science and religion in concord with each other as well as separate religion from politics, which are principles instilling values of peaceful coexistence and dialogue at a critical time for post-[Islamic State] Iraq amid the loss of confidence among the religious constituents of society.”

“We have the available option of filing a lawsuit before the Federal Supreme Court to rescind any jurisdiction that contradicts the constitution,” Abaiji added. However, she believes that such actions to instill freedom of thought and belief would not be very effective, as she said, “Nevertheless, we have to be realistic. The hegemony of the current intolerant Islamist movements will not allow it. We must first build a powerful civil current to defend such freedoms guaranteed under the constitution.”

Besides the role that parliament plays, IHCHR is obligated, under Law No. 53 of 2008, to preserve religious and civil diversity and heritage in Iraq. Anas Akram al-Azawi, an IHCHR member, asserted the role IHCHR plays in protecting and promoting human rights, including religious diversity. Azawi told Al-Monitor the reasons why previous IHCHR reports lacked any mention of violations against Baha’i rights or failed to recognize them. He said, “This does not mean any form of neglecting the rights of this component of the Iraqi society. However, the formation of the IHCHR was a novelty, and having such a multitude of international acts and obligations signed by Iraq as well as lack of resources on religious minorities in Iraq might have been among the reasons that contributed to the lack of vision on the part of the IHCHR in the past.”

Adding an optimist remark, Azawi said, “In this phase, we will work on developing the IHCHR vision in a way that interacts with the challenges facing religious minorities today.”

Millions of Baha’is around the world celebrated the honorary bicentennial of the birth of Baha'u'llah on Oct. 21-22. Baha’is in Baghdad celebrated after one month of postponements given the security difficulties and challenges surrounding the ceremony.