Despite recent efforts by religious authorities to promote interfaith dialogue and understanding, Iraq’s Baha’is are still subject to persecution and exclusion. 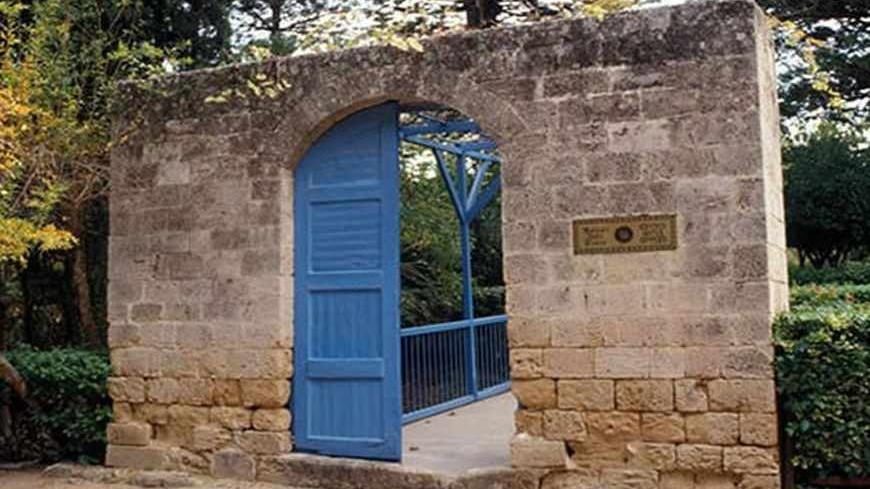 The entrance to the Radwan Garden in Baghdad, where it is believed Baha'u'llah stayed for at least 10 years, is shown in this undated photo. - Bahá'í World Centre archives, www.bahai.org

Iraq is one of the main starting points of the Baha'i religion. Baha'u'llah, the founder of the religion, spent 10 years in Iraq, where he announced his religious call. This occurred in the Radwan garden in Baghdad, which is said to be on the banks of the Tigris River in what is currently Baghdad Medical City. The Baha’i religion was preceded by a heavy presence of the followers of Bab (another central figure to the Baha'i religion) in Iraq, most notably Tahirih Qurratu l-`Ayn, the most prominent female figure among them.

Ever since its establishment, the Baha'i religion has been facing pressure and persecution in the Middle East at large, and in Iraq in particular. Many of its followers have been killed and its holy sites destroyed. Baha'is have been subjected to investigations and persecution during different periods. A number of provocative writings have been produced against Baha'is, supporting violence against them. They have been accused of a variety of charges, ranging from undermining religion to preaching atheism, pornography and being the fruit of colonialism and Zionism, and the list goes on.

There are no official statistics on Baha'is in Iraq, and their exact number remains unknown due to adherents’ fear of revealing their identities. Al-Monitor’s correspondent met with a number of Baha’is in Baghdad and Sulaimaniyah in the Iraqi Kurdistan Region. However, none of those interviewed gave statistics on their numbers, due to their dispersion as a result of the intense fear of being oppressed by both the authorities and ordinary citizens. However, Baha'is in Sulaimaniyah feel safer and have greater stability than their brothers in Baghdad, although they abstain from openly practicing their faith for the above-mentioned reasons.

During the royal era, however, Baha'is managed to officially declare their identity. The Iraqi Baha'i community was founded in 1931, the first central Baha'i forum was established in 1936 in the al-Sa’doun region and they have possessed a cemetery in the New Baghdad district since 1952 known as the “eternal garden.” The Iraqi government registered the Baha'i religion in the 1957 census.

Restrictions on Baha’is started to gradually spread following the fall of the monarchy, until the repression reached its peak during the reign of the Baath regime. The regime issued a set of decisions against Baha'is in 1970, and published them in the Official Gazette of Iraq. Under these decisions, the Baha'i religion was officially banned and Baha'is were deprived of all their property and forbidden from registering their religion in civil records. Furthermore, they were ordered to delete references to the Baha’i faith from existing records and replace them with one of the three officially recognized Abrahamic religions. Subsequently, a large number of adherents were imprisoned and many Baha’i political and religious followers were sentenced to death in the late 1970s.

The above risks led Baha'is to either completely close themselves off or emigrate from Iraq. Despite the openness that followed the fall of deposed president Saddam Hussein's regime in 2003, Baha'is in Iraq are still hiding, living in fear of declaring their social identity and preferring not to practice their religion in public.

One Baha'i woman told Al-Monitor that after being released from the “prison” of Hussein’s regime, she felt that she had moved from a small prison to a societal one, harsher and more violent than the former. Life in “prison,” she felt, used to protect her from the culture of exclusion toward Baha’is prevailing in Iraqi society.

Saad Salloum, a specialist on Iraqi minorities, told Al-Monitor that the regime change in 2003 in no way changed the situation for Baha’is. The Baha'i religion is still officially banned and Baha’is are still not allowed to list their religion on civil records. They have not regained their confiscated property and the decisions issued against them have not been abolished.

Despite all of the violence and exclusion practiced against Baha’is, there have been a recent set of legal and religious developments that serve the interests of Baha'is and improve their social status, even if legal progress is slow. According to Statement No. 42 published in issue 4224 of Iraqi Facts on Dec. 26, 2011, Iraqi Culture Minister Saadoun al-Dulaimi issued a decree whereby the house that was inhabited by Baha'u'llah when he was in Baghdad is now deemed a heritage site. It is worth noting that the location has turned into a Shiite ceremonial hall known as “Sheikh Bashar,” currently located in the Al-Tala'eh neighborhood of Baghdad.

However, Salloum said that the place had been torn down in an attempt to discourage the Baha'is, who were not deterred and show willingness to rebuild it if offered the chance.

At the religious level, fatwas were issued by Shiite scholars in Qom and Najaf, offering a different perspective on the Baha'i religion and including a level of tolerance toward it. Chief among these is the Baha’i-related fatwa issued by Ayatollah Hossein Ali Montazeri in 2009. This fatwa calls for respecting their rights as citizens, despite the religious differences between them and Muslims.

A study entitled “A Historical Glimpse at Iraq’s Religious Minorities: History and Beliefs” was published by Jawad al-Khoei, a professor at the Najaf Shiite seminary. This study includes a scientific and neutral vision toward all Iraqi religions — including the Baha'is — reflecting greater openness at the level of the religious elites. Also, Iranian journalist Mohammad Nourizadi, who opposes the absolute authority of velayat-e faqih (rule of Islamic jurists), visited the house of a Baha'i family to offer them an official apology for the political and societal persecution and violence that they suffered through the years at the hands of the Muslim majority. This step was positively received, and some Iraqi Facebook pages called for a similar act to be carried out on the Iraqi side.

Iraq’s Baha’is hope to be officially recognized, protected at the legal and security levels and allowed to assert their identity, practice their religious rituals and retrieve their property, especially of that of symbolic and religious value.