The Iranian government’s reintroduction of fuel cards has the potential to increase efficiency in governance and economy. However, it is important that the government pursue a comprehensive plan to rationalize fuel consumption, subsidies and cash handouts. 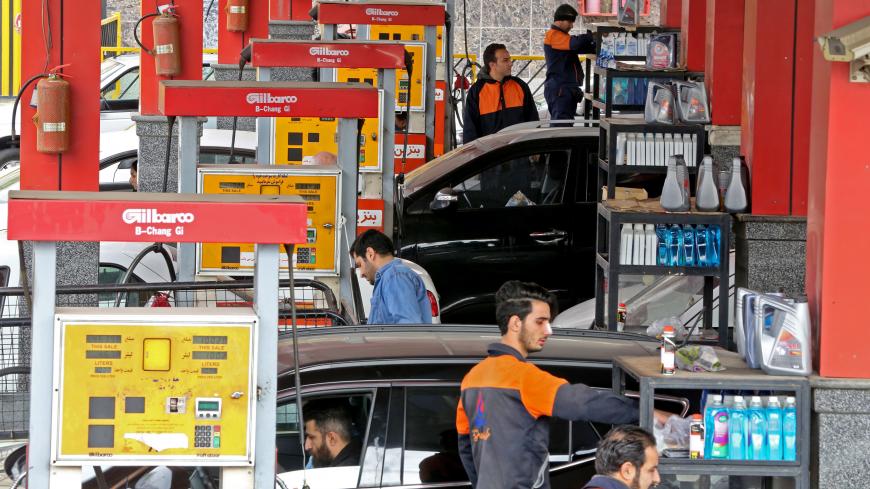 Smuggling in general and fuel smuggling in particular have continuously undermined the Iranian economy for a long time. Over the past few months, after the sharp devaluation of the Iranian rial, fuel smuggling has increased and it is estimated that 10 million to 20 million liters of fuel, i.e., 12-24% of Iran's daily consumption (especially diesel and gasoline), is smuggled out of the country. In an apparent bid to contain the runaway smuggling, Iranian authorities recently reintroduced fuel cards — a policy that had been introduced in 2007 as a prelude to introducing higher fuel prices and eventually removing fuel subsidies. The subsequent subsidy reform plan, which was initiated in December 2010, was relatively successful in curbing consumption but faced challenges in the later phases of its implementation.

In a Nov. 19 announcement, the National Iranian Oil Products Refining and Distribution Company (NIOPRDC), a subsidiary of the Oil Ministry, asked owners of cars and motorcycles to reactivate their old fuel cards or apply for new ones. The decision to reintroduce fuel cards had already been communicated in January this year but had not been implemented. In order to reduce the cost of issuing and managing millions of new fuel cards, the Central Bank of Iran declared that existing bank cards could also be used as fuel cards. The base data would be the national identity numbers of vehicle owners and the relevant information would be stored on the databases. It is expected that within the next few weeks the government will have the technical tools needed to make the use of fuel cards obligatory in gas stations.

Iranian officials have stated that there will be no fuel rationing. Oil Minister Bijan Zanganeh has stated that the core objective of the program is to contain fuel smuggling. At the same time, he has also admitted that fuel cards alone won’t stop smuggling but that they will rather “reduce the volume of smuggling.” According to Mohammad Reza Pour Ebrahimi, head of parliament’s economic commission, “The main objective is to manage consumption” and not to increase fuel prices. Assadollah Gharakhani, spokesperson of the parliament’s energy commission, stated that the main objective of the plan would be to counter smuggling by gauging whether gas stations are distributing their products to end users, and, if yes, whether cars are using a conventional amount of fuel.

Nonetheless, there is concern among ordinary Iranians that in due course rationing will take place, creating a domestic black market for heavily subsidized fuels, especially gasoline. Furthermore, many expect a price hike in the next Iranian year (beginning March 21, 2019) — a prospect that even officials view as a possibility. In a year in which Iranians had to endure many negative economic developments, such as the devaluation of the national currency, it is evident that the government is being careful not to allow the plan to negatively impact Iranian society. The question is whether the plan will be advantageous to the country’s economy as a whole.

There is no doubt that high fuel consumption has plagued the Iranian economy and energy sector for decades. Low fuel efficiency of motor vehicles, a lack of public transportation options and low subsidized prices have been the main causes of runaway consumption, with its negative environmental, social and economic consequences. It is also clear that the recent devaluation of the rial has made subsidized fuel in Iran very inexpensive, leading to lucrative opportunities for smuggling fuel into neighboring markets. So, the authorities need to address two interrelated issues: high fuel consumption and fuel smuggling.

Experts agree that pricing is the main tool that will contain consumption — a fact that was proven in the first phase of subsidy reforms in Iran in 2011, when the daily consumption of gasoline declined by 10 million liters, or 18.5%. That is why it is difficult to believe that the ultimate goal of fuel cards won’t be a price adjustment, i.e., the introduction of a two-tiered consumption system, namely a low ration at a lower price and less restricted availability of fuel at a higher price.

Following the reintroduction of fuel cards, the moderate daily Ettelaat criticized the plan and stated that the introduction of fuel cards would not make sense unless the government introduced rationing and increased fuel prices. The article argued that the government could use the existing monitoring system of gasoline stations to identify which stations have high turnover of fuel to identify the sources of smuggling. The daily also quoted Reza Moussavi Khah, managing director of NIOPRDC, as saying that “smuggling principally happens prior to fuel reaching petrol stations.” Ettelaat has joined a large number of outlets questioning the government’s intentions and demanding a transparent explanation of the program.

If the core objective of this plan is to introduce transparency into the current consumption of fuels, then the government has to present similar methods on how it is monitoring stages of production and distribution. In fact, in a vast country like Iran, smuggling activity could take place at various stages of fuel production and distribution, i.e., directly from refineries or from pipelines and storage units. If the government fails to present similar monitoring systems over those activities, it will fail to convince public opinion that the system will only address smuggling.

Assuming that the reintroduction of fuel cards will eventually lead to fuel price adjustments and two-tiered pricing, an assessment of the overall impact on the Iranian economy will have to wait until the next phases are implemented. However, past experience has shown that a two-tiered pricing system will also lead to corrupt practices, which should be avoided using more advanced technologies.

While no final judgment is possible at this stage, it is valid to point to two side phenomena: the technical possibility of using existing bank cards as a substitute for fuel cards — an approach that has in the past been used to distribute food packages to lower income families. This will gradually expand the government’s database and information on its citizens and make a future rationalization of cash handouts more feasible. In fact, one reason for the failure of the government to only pay cash handouts to lower income families is lack of accurate data on income levels. Furthermore, the combination of bank and fuel cards will facilitate the processing of cash-free payments for fuel and reduce liquidity.

More importantly, the current plan compels various state institutions, i.e., the Ministry of Oil, the Ministry of Information and Communications Technology, the Central Bank of Iran and law enforcement forces, to coordinate their efforts and connect their databases. In due course such coordination could be a platform for the expansion of cross-sector projects and the growth of e-government services — a phenomenon that is underutilized in Iran because of the lack of connectivity and information-technology infrastructure among state institutions.

All in all, the reintroduction of fuel cards has the potential of directly and indirectly increasing efficiency in Iran’s governance and economy. However, this is only one piece of a larger puzzle and it is important that the government pursues a more comprehensive plan to rationalize fuel consumption, fuel subsidies and, by extension, cash handouts.