The acquittal verdict of 43 nongovernmental organization workers and the launch of community dialogues on amending a law curbing NGOs pave the way for a new chapter between the regime and NGOs in Egypt. 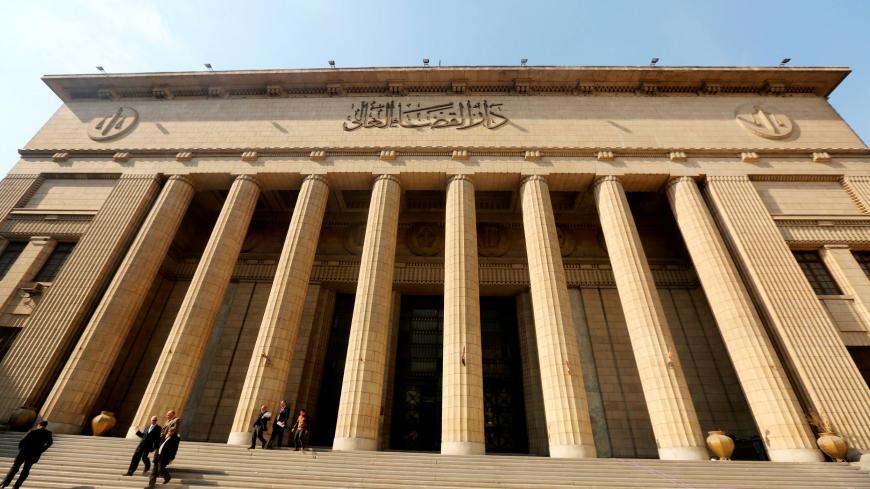 CAIRO — The first round of community dialogue involving the participation of a thousand nongovernmental organizations (NGOs) on amending Egyptian law No. 70 of 2017 on NGOs and civil society organizations started Dec. 22.

This came less than a month after President Abdel Fattah al-Sisi instructed the government at the conclusion of World Youth Forum on Nov. 5 to set up a committee tasked with developing a comprehensive vision and holding community dialogues to amend the law.

The round also came two days after the Cairo Criminal Court in Egypt acquitted all 43 defendants accused in the “foreign funding” case during Egypt's 2011 uprising.

The case involved 43 NGO staff. Along with Egyptian nationals, the defendants included at least 16 Americans, along with Germans, Serbs, Norwegians and Palestinians.

The acquittal was cautiously praised and stirred questions within human rights quarters about a possible shift in Egyptian authorities’ view of civil society organizations. This comes in tandem with moves by the government to amend the NGO law that aroused widespread local and international criticism.

Nejad al-Borai, the legal representative of a number of defendants in the case, told Al-Monitor, “The recent ruling annulled all verdicts against all foreign and Egyptian defendants, as well as against the branches of foreign organizations that operated in Egypt. They were acquitted of all charges fabricated by the authorities six years ago.”

The case started a few months after the January 25 Revolution that overthrew President Hosni Mubarak. The ruling military junta at the time set up an inquiry committee to investigate allegations that some civil society organizations were receiving funding from foreign sources.

On Dec. 29, 2011, Egyptian authorities raided the headquarters of 17 foreign civil society organizations in Egypt and banned their staff from leaving Egypt.

As US pressure mounted, Egyptian authorities allowed 15 foreign defendants to leave on a US military aircraft in a move that caused a stir at the time.

On June 4, 2013, the Cairo Criminal Court sentenced the foreign and Egyptian defendants to prison terms ranging from one to five years, in addition to ordering the closure of Egyptian branches of the International Republican Institute, the National Democratic Institute, Freedom House, the International Center for Journalists and the Konrad Adenauer Foundation.

The next day, US Secretary of State John Kerry criticized the ruling as politically motivated. “This decision runs contrary to the universal principle of freedom of association and is incompatible with the transition to democracy,” Kerry said in a statement.

Commenting on the acquittal, Nancy Okail, a former director of Egypt programs at Freedom House, said, “Now our ordeal is finally over.”

In an article in The New York Times on the day of the acquittal, she added, “In 2012, I was forced to leave Egypt for the United States, while my twins, Adam and Farida, stayed behind. For six years, I have longed for my family and my home.”

She said, “The Egyptian government has started taking steps in the right direction. ... President Sisi announced his intention to change the law on nongovernmental organizations. … I hope such amendments would really allow human rights and democracy organizations in Egypt to do their work. … This verdict should not be seen as the end of the chapter, but rather as a beginning of many effective reforms.”

At the World Youth Forum on Nov. 4, Sisi answered a participant’s request to amend the NGO law. He said the “law contained phobia and fear of these organizations for Egypt.” He went on to praise NGOs as assuming a great and much-needed role in Egypt.

Upon its promulgation on May 29, 2017, Law No. 70 had raised widespread controversy and international criticism. Prominent international human rights organizations called on Western governments to pressure the Egyptian government to amend the law.

After the acquittal, former Deputy Prime Minister Ziad Bahaa Eldin urged the Egyptian authorities to seize the opportunity and exploit the international praise of the verdict to launch a serious and comprehensive review of the legal status of NGOs and civil society organizations in Egypt.

In an article in Al-Shorouk newspaper Dec. 24, Bahaa Eldin said closing the NGOs foreign funding case ultimately lies in Egypt’s best interest. He said this would free Egypt of international pressure and embarrassment, especially as the verdict was issued by a credible judiciary.

Egypt has around 49,000 registered civil society organization and NGOs, most of which provide assistance and services to the poor, with only 30,000 of them active. Egypt also has branches of 96 international organizations.

Gamal Eid, a prominent rights activist and executive director of the Arabic Network for Human Rights Information, has a different opinion. He does not believe the acquittal shows the government has changed its view toward NGOs.

The investigative judge has not yet completed the indictment, but dozens of activists have been under investigation in the last couple of years.

“We are still under investigation. There is no breakthrough in the situation of civil society organizations,” lamented Eid, who was also banned from traveling and whose assets were frozen.

He also expressed skepticism about the government's rounds of community dialogue and the expectations that the controversial law will be amended before mid-2019. “This is a false community dialogue. No independent NGO has been invited. All participants support the government amid a lack of representation of any other opposing or dissenting parties.”

But Talaat Abdelqawi, head of the official Federation of NGOs taking part in the government community dialogue, told Al-Monitor, “The dialogue is serious and open for everyone. It provides good proposals for the amendment of the law.”

He spoke of holding four rounds of community dialogue across the country ahead of two closing meetings scheduled for Jan. 2 and 3 with experts, specialists and international NGOs licensed to operate in Egypt. “At the completion of all dialogue rounds and meetings, the government committee shall prepare a draft of the amendments as a preliminary step for their approval at parliament.”

Abdelqawi said, “I think the state intends to draft a well-balanced law because the government needs civil society organizations to help it bring about development and alleviate the impact of economic reforms on citizens.”