US Defense Secretary James Mattis has proposed division and self-rule areas in Yemen to end the bloody civil war, but Houthis categorically reject the proposal. 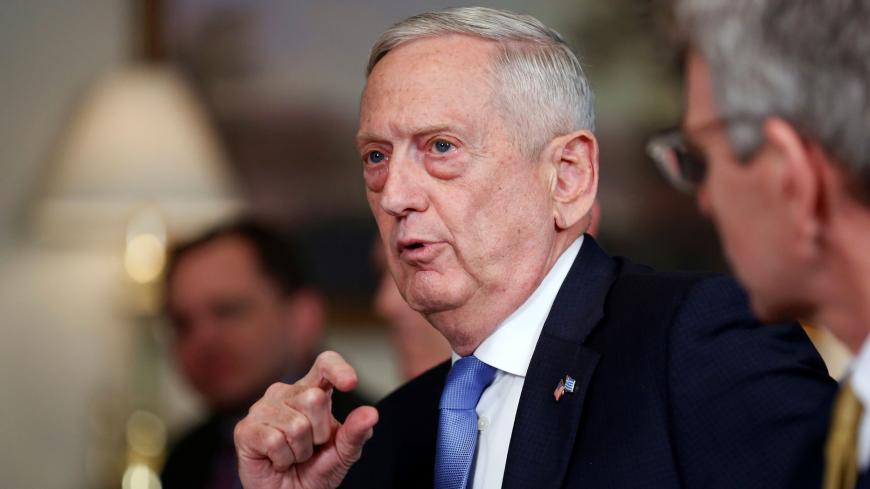 US Secretary of Defense James Mattis speaks during a meeting with Greek Minister of Defense Panagiotis Kammenos at the Pentagon in Washington, DC, Oct. 9, 2018. - REUTERS/Joshua Roberts

SANAA — As humanitarian calls intensify for peace in embattled Yemen, the world will have to wait to see whether UN-led negotiations set for December in Sweden actually materialize. The last time negotiations were scheduled — in September in Switzerland — the Houthi rebels didn't attend.

But UN Special Envoy to Yemen Martin Griffiths has made a flurry of visits to rally support for the December peace talks. He arrived Nov. 26 in Riyadh after visiting Houthi leaders in Yemen's capital of Sanaa on Nov. 22 and Yemen’s port city of Hodeidah on Nov. 23. The situation is still volatile in Hodeidah, where some of the fiercest battles have been waged. The international community is warning that the port, which is the only entrance for relief material and merchandise to the Houthi-controlled governorates, could cease operations.

Yemen's civil war has been raging since March 2015 between the Houthis (Ansar Allah) and the internationally recognized government of Abed Rabbo Mansour Hadi. The Houthis are backed by Iran, while Hadi's government enjoys military and political support from a coalition led by Saudi Arabia and the United Arab Emirates (UAE).

US Secretary of Defense James Mattis has called for all parties involved to meet in December. Mattis said Oct. 27 during the International Institute for Strategic Studies Manama Dialogue that any settlement in Yemen would have to be based on dividing the country into areas of self-rule — “the traditional homelands for the traditional peoples, for everyone to be in their own area” — and to provide Houthis with “some degree of autonomy.”

His statements were denounced by many in Yemen.

Houthis flatly reject Mattis’ proposal, though it could give them some chance for autonomy. However, Mattis failed to clarify whether this self-rule area would be limited to the Saada governorate, where the Houthis’ stronghold lies, or whether it would include areas under their control since they took over power in early 2015.

Houthis control the densely populated northern governorates where 9 million people live, according to the latest (2004) government census statistics, as well as parts of Al-Jawf, Marib, Hodeidah and Taez. Although Houthis have wide control in those regions, not everybody is loyal to them.

It's unclear whether the Houthis rejected Mattis’ proposal out of conviction or for political maneuvering.

In a Nov. 1 statement published by Yemen's official news agency, Saba, the Hadi government said, “Any talk about the form of the Yemeni state must be in line with the outcomes of the National Dialogue Conference, based on federal division and turning the country into a six-region federation.” The conference was held from March 2013 until January 2014 and included political parties and social forces that agreed on building a state and other national issues.

But Houthi leader Mohammed al-Bakhiti said Oct. 31 to Al-Mayadeen channel, “We refuse any talk about self-rule in Yemen.” He called for "respect for the sovereignty and unity of Yemen."

Rajeh Badi, a spokesperson for the Hadi government, refused to comment to Al-Monitor.

A political science professor at Sanaa University told Al-Monitor on condition of anonymity, “The settlement that Mattis unveiled complicates rather than solves the crisis. The US vision of the conflict is superficial. Even if they implement the self-rule idea, this will only temporarily delay another round of conflict over power."

He added, “The West must understand the composition of Yemen and its conflicts. Without that, it is useless to seek sustainable solutions to stop the war.”

Political analyst and journalist Khaled Abdul Hadi told Al-Monitor, “Mattis’ statements reflect a Western perspective of the US administration and its officials toward Third World countries. This perspective does not see the struggle of these countries for citizenship, democracy and civil politics, and only considers them minorities, sects and ethnicities that could only live in sectarian and ethnic divisions [like] Balkanization.”

The journalist said that Yemen is "not the right place" to discuss self-rule. "Its war is political, despite attempts from regional and local forces to make it look otherwise. These forces think the separatist card will help them come out with the spoils of war.”

Mattis had said Nov. 21 that Saudi Arabia and the UAE had stopped their attacks in Hodeidah and surrounding areas, and the battlefronts hadn't changed for 72 hours "despite some skirmishes.” But there have been numerous reports of fighting, and on Nov. 24, a Hodeidah citizen told Al-Monitor on condition of anonymity that he'd heard a fighter jet affiliated with the Saudi-led coalition launching two air raids that targeted Houthi locations.

“Despite the loud thud of raids, I heard shots from medium and heavy weapons, and the city shook with clashes until the morning," he said.

The war has killed thousands of civilians and soldiers and caused the worst humanitarian crisis in the world. The World Food Program says about 18 million people face food shortages or are starving. The humanitarian group Save the Children estimated this month that over the course of 3½ years, 85,000 children under the age of 5 may have died of starvation because of the war. 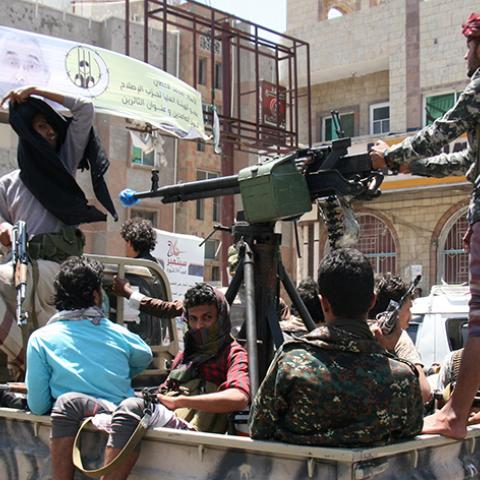