US to exempt eight nations from Iran sanctions snapback

US sanctions on Iran's oil exports go into effect Nov. 5, though the United States has issued sanctions waivers for eight unidentified countries. 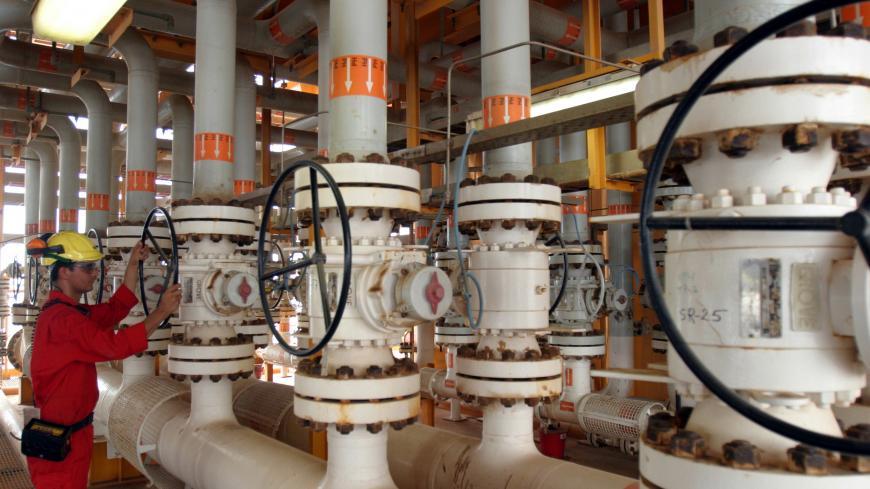 A man works on an oil production platform at the Soroush oil fields in the Persian Gulf, south of Tehran, Iran, July 25, 2005. - REUTERS/File Photo

The sanctions, set to resume Nov. 5, are “aimed at depriving the regime of the revenues that it uses to spread death and destruction around the world,” Secretary of State Mike Pompeo said in a call with journalists today. “Our ultimate aim is to compel Iran to permanently abandon its well-documented outlaw activities and behave as a normal country.”

The resumed sanctions targeting Iran’s energy, banking, shipping and ship-building sectors had been lifted because of Iran’s compliance with the 2015 Iran nuclear deal, which Trump withdrew from in May.

Pompeo said the United States will be issuing temporary, six-month waivers for eight jurisdictions that have significantly reduced, though not eliminated, their imports of Iranian oil. He did not announce which countries those are, but indicated they did not include the 28-member European Union as a bloc. Both Turkey and Iraq have announced that they have been notified they will be exempted from the sanctions. It is widely expected that Japan, South Korea and India will also receive waivers.

Pompeo said the US actions have already taken over a million barrels per day of Iranian oil exports off the market even before the sanctions officially go into effect next week.

Treasury Secretary Steve Mnuchin defended the decision not to demand an entire cut-off of Iran from the Brussels-based SWIFT global financial network from criticism by anti-Iran deal activists.

“We have advised SWIFT that it must disconnect any Iranian financial institution that we designate as soon as technologically feasible to avoid sanctions exposure,” Mnuchin said on the call. He also said that 700 Iranian persons and entities would be added to the blocked list on Monday, including 300 of which had been removed from it during the time the United States remained a party to the Joint Comprehensive Plan of Action (JCPOA). 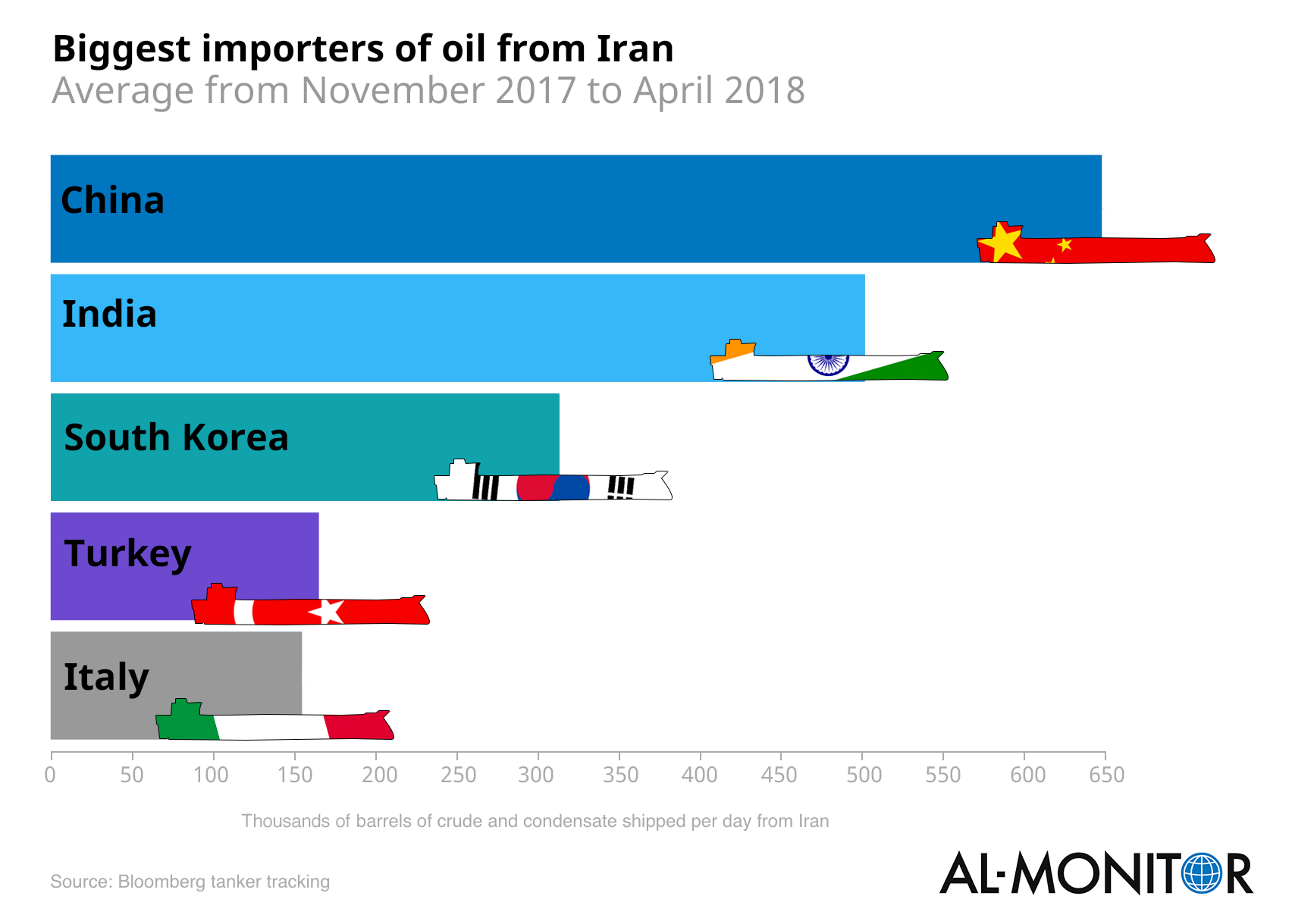 The United States' European allies expressed regret at the Trump administration actions, and resolved to try to keep the deal if Iran continues to comply.

“We deeply regret the further reimposition of sanctions by the United States, due to the latter’s withdrawal from the … JCPOA,” the British, French, German foreign ministers and treasury secretaries and the EU foreign policy chief said in a joint statement.

“It is our aim to protect European economic operators engaged in legitimate business with Iran,” they said. “As parties to the JCPOA, we have committed to work on … the preservation and maintenance of effective financial channels with Iran, and the continuation of Iran’s export of oil and gas.”

Europe had broadly complied with US-pushed sanctions on Iran’s energy and banking sectors in 2012 to try to get Iran to negotiate a nuclear deal and avoid a possible Israeli-initiated war, former Obama White House Middle East czar Dennis Ross said on a call today. Now, Europe is trying to preserve the deal to avoid a potential war they fear could result if Iran abandons the deal over US actions, he said.

“So in 2012, not buying Iranian oil and living up to very tough sanctions … was a way in their mind to avoid a war,” Ross said on a call hosted by the Washington Institute for Near East Policy today, referring to the Europeans. “The fear they have now is that if Iran walks away from the JCPOA, that greatly increases the prospects of a war.”

“And that’s another reason why I think we’re going to find it’s difficult to see them really joining even if their companies are no longer within Iran,” he added.

“I think we'll still come to regret this decision, even if the sanctions effort bore more fruit than I and others assessed,” Nephew, now with Columbia University, wrote on Twitter.

French parliamentarian Delphine O, recently back from a trip to Iran, said she did not hear any threats, veiled or otherwise, from her Iranian interlocutors to leave the JCPOA. But she said she was struck by the sense of despair she heard, in particular from Iranian officials who had promoted international engagement as a way to solve Iran’s security and economic dilemmas, and their sense that that stance was increasingly hard to sustain.

“The population is holding them accountable,” O said on a call hosted by the European Center for Foreign Relations on Wednesday. “There is no exit for us.”

But for now, Iran seemed likely to try to endure the Trump administration's maximum pressure campaign, she said. “At no point was there any threat made to withdraw from JCPOA,” she said. “There was a sense of ‘strategic patience’ … to wait to see what happens.”