Whatever fate awaits Saudi Crown Prince Mohammed bin Salman, Ankara’s already frosty relationship with Riyadh will continue to be clouded by this affair for the foreseeable future. 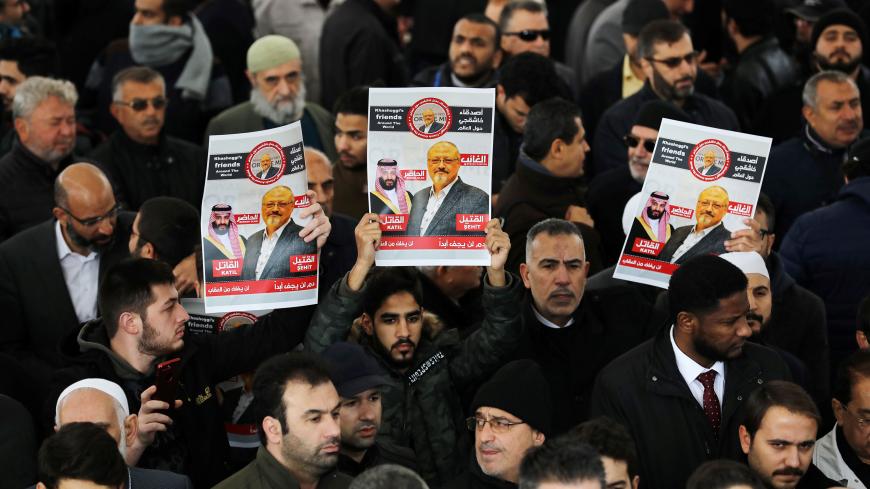 Turkey’s determination to go all the way to force Saudi Arabia to come clean over the murder of journalist Jamal Khashoggi is pointing to a serious crisis in the making between the two countries.

This crisis, which could have regional implications for Turkey, seems unavoidable since Ankara’s accusations ultimately target Crown Prince Mohammed bin Salman, commonly referred to by his initials, MBS.

President Recep Tayyip Erdogan and his government have no affection for the crown prince, who earlier this year characterized Turkey as a member of a regional “triangle of evil.”

To underline its sense of purpose over this murder, Ankara has spelled out that it will not let economic considerations with Saudi Arabia overshadow the need to secure justice for Khashoggi, who was killed in the Saudi Consulate in Istanbul Oct. 2.

The lack of support for Turkey’s position by regional Arab governments, though — most of whom are beholden to the House of Saud, with the obvious exception of Qatar — risks more isolation for Ankara in a region that is already mistrustful of “Turkish meddling in Arab affairs.”

Raising the stakes even further, Turkey’s Foreign Minister Mevlut Cavusoglu is now calling for an international inquiry by the United Nations into the case.

This call was promptly rejected by Riyadh, which also turned down Ankara’s demand for the extradition of those suspected of carrying out the murder to stand trial in Turkey.

Following a number of unconvincing accounts regarding Khashoggi’s fate, Riyadh was finally forced by Ankara to admit that Khashoggi was killed in the Saudi Consulate, although it insisted this was done by “rogue government elements.”

Riyadh also announced that 18 people, including members of the hit team sent to Turkey to carry out the killing, had been arrested, with five of them facing the death penalty if found guilty.

No names have been released by Riyadh, though, which has added to Turkish suspicions that the Saudi side will sacrifice lower-level officials to deflect blame from MBS.

Turkey has not openly named MBS, but he is widely believed to carry the ultimate responsibility for Khashoggi’s murder. Writing for The Washington Post recently, Erdogan did not hold back in his accusations.

“We know the perpetrators are among the 18 suspects detained in Saudi Arabia. We also know those individuals came to carry out their orders: Kill Khashoggi and leave. Finally, we know the order to kill Khashoggi came from the highest levels of the Saudi government,” Erdogan wrote.

He did not name anyone, but the direction in which he was pointing was clear.

Cavusoglu told reporters that like other countries, Turkey also did not want to undermine its ties with Saudi Arabia.

“We don’t see the Khashoggi murder as a bilateral problem with the Saudis. This is a matter of shedding light on a murder, and the Saudis have been forced to acknowledge that this crime was committed,” Cavusoglu said.

Cavusoglu also accused Riyadh of not cooperating sufficiently with Ankara to solve this case.

“Considerations about trade, etc., are not important for us. We have no problem with Saudi Arabia, but — as our president said — we will go all the way and do all that is necessary to shed light on this murder,” he added.

Repeating a call he made last week for an international inquiry, Cavusoglu said the UN could set up an ad hoc team to carry out the necessary investigation, and the Security Council could act according to its findings.

Taking a swing at Washington, which Turkey suspects is working to prop up MBS, Cavusoglu said America should put its economic interests aside and pursue this case to the end.

“The law comes first, and we believe in an international order based on law,” Cavusoglu said.

Ties between Turkey and Saudi Arabia have always been chilly for a variety of reasons, some of which hark back to Ottoman times when Turks were effectively the masters of the region we know today as the Middle East.

Retired Ambassador Ali Tuygan, who has served in Riyadh, believes Saudi Arabia’s approach to Turkey has remained the same from the start.

“Saudi Arabia has traditionally looked at Turkey as a regional rival. Shaping its outlook has been Turkey’s Ottoman legacy, not admitted envy for the progress Turkey has made under Ataturk’s leadership and hostility toward Turkey’s secularism,” Tuygan wrote in his personal blog, “Diplomatic Opinion."

Distrust of Turkey’s regional ambitions became more pronounced after the Arab Spring, during which established Arab regimes saw themselves facing an existential threat.

Turkey’s support for groups despised by these regimes, most notably the Muslim Brotherhood, resulted in feelings of resentment that still linger today.

This was particularly the case in Saudi Arabia, which supported Morsi’s ouster and banned the Muslim Brotherhood in 2014.

Ankara’s undermining of Riyadh’s efforts to isolate Qatar has also increased the resentment on the Saudi side toward Turkey. MBS’s remark about Turkey being a member of a “triangle by evil” was made in this environment.

Other issues that have done little to further Turkish-Saudi ties include Ankara’s strong political support for the Palestinian cause. This has left Riyadh — which is already suspected of having secret dealings with Israel — appearing indifferent to the plight of the Palestinians.

Despite these differences, Ankara and Riyadh have been trying to present an image of normality in their ties, with mutual expressions of a desire to improve ties further.

The Khashoggi affair, however, is set to deal a blow to what little relationship there is. Meanwhile, in an indication of the mood in Riyadh, the Saudi media has been targeting Turkey.

“Countries determined on proceeding with their unfounded witch hunt against Saudi Arabia will be perceived as hostile to the Kingdom's sovereignty and stability,” wrote Salman Aldosary, the former editor-in-chief of Asharq Al-Awsat newspaper, which is owned by a member of the Saudi royal family.

“Turkey, for example, instead of fuelling a media flurry can simply cooperate with Saudi authorities and exchange any evidence within its possession to help further clear details surrounding the case. Such collaboration will advance investigations rather than hinder them,” Aldosary added.

Egypt, the United Arab Emirates and Bahrain have come out in support of MBS, while countries like Jordan and Lebanon — which have important economic ties with Saudi Arabia — have preferred to remain silent.

Ankara is also worried that for all the noise in the United States and Europe over the Khashoggi murder, the West will — in the final analysis — throw its lot in with MBS as a strategic partner, leaving Turkey alone in efforts to solve this case.

Key Western countries will be attending the upcoming G-20 summit in Argentina, and there are already reports that President Donald Trump will be meeting with MBS. Trump has already made it clear that he will not sacrifice $110 billion in military contracts with Saudi Arabia over the Khashoggi affair.

Meanwhile, it is not clear what the position of European countries will be at the summit with regards to the crown prince.

Erdogan will also be attending the G-20, but there is no indication that he will meet MBS, although a handshake in passing could take place.

Retired Turkish Ambassador Mithat Rende is among those who expect Turkey’s ties with Saudi Arabia to deteriorate over this affair as long as MBS remains in the line of succession.

“Ties may improve if the crown prince is replaced, but the support he gets from the United States and Israel will be crucial to his political survival,” Rende told Al-Monitor.

Rende also believes that this affair could have implications for Turkey’s role in the Middle East as long as regional Arab governments continue to look to Saudi Arabia for economic, military and political support.

The bottom line is that whatever fate may await MBS, Ankara’s ties with Riyadh will be clouded by this affair for the foreseeable future.