Ankara’s 2019 budget bill has fueled opposition fears that the country’s rulers are bent on building an authoritarian regime that leans on Sunni Islam. 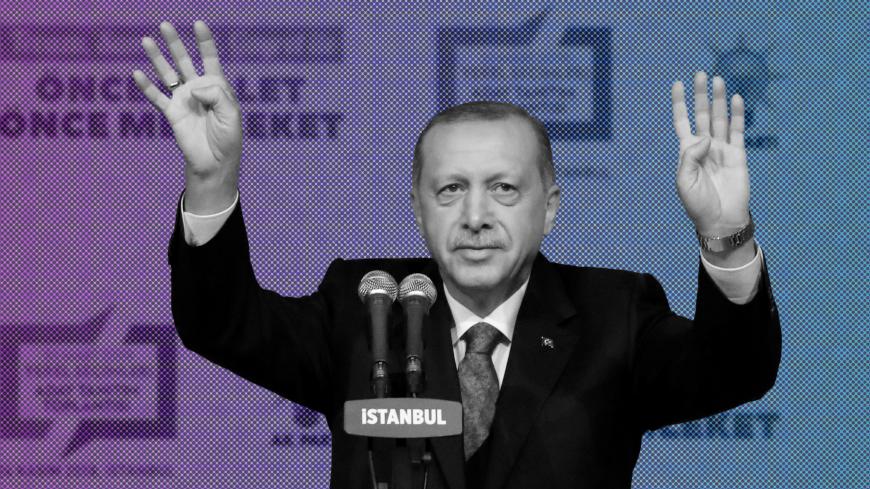 Ankara’s draft budget for 2019 — the first since Turkey’s transition to a new governance system that concentrates power in the hands of the president — has reinforced opposition concerns that the country’s rulers are building an authoritarian regime with a heavy Islamist flavor. The lavish funds allocated to the presidential office and the Religious Affairs Directorate (Diyanet) are at the core of the criticism directed at the bill, which passed through parliament’s Planning and Budget Commission last week and is expected to reach the general assembly for a final vote in December.

Under the budget bill, the budget of the presidential office — which was 845 million Turkish liras in 2018 — is being increased by 231% to 2.8 billion liras ($529.6 million), according to Abdullatif Sener, a former finance minister and now a lawmaker for the main opposition Republican People’s Party (CHP) who sits on the Planning and Budget Commission. Funds earmarked for purchases of goods and services for the presidential complex are up 631%, while its personnel expenditures are up by 179%, said Sener, who served also as deputy prime minister under Erdogan before falling out with him. The bill earmarks another 3 million Turkish liras (about $567,000) as health care funds for the president and his family, he told Al-Monitor.

Amid the economic crisis bruising Turkey, the only pay hike is granted to the president. Garo Paylan, a deputy for the pro-Kurdish Peoples’ Democratic Party, said, “The president has asked the people for sacrifices, but he himself gets a 26% hike on his salary. The presidential salary is raised to 74,500 Turkish liras [some $14,000]. Including his [previously earned] pension, the president’s monthly income reaches 105,000 Turkish liras [nearly $19,900].”

The Diyanet stands out as another body entitled to a significant increase in its budget. The fact that the Diyanet budget outstrips those of many ministries and other institutions reinforces opposition criticism that the rule of the Justice and Development Party is increasingly becoming one of “Islamist authoritarianism.”

An important aspect of the debate over the Diyanet budget is that millions of Alevi taxpayers contribute to those funds. However, the agency not only makes no contributions to the religious freedoms of the Alevi community, but it is also in itself a stumbling block.

The Diyanet’s fields of activity are also a subject of controversy. During the debates at the Planning and Budget Commission, Vice President Fuat Oktay said the Diyanet’s domestic spending items included activities such as Quranic courses and mosque building, while its activities abroad included religious services in more than 100 countries and religious training in Turkey of more than 2,000 foreign students from 108 countries. Oktay mentioned neither the Alevis nor Turkey’s non-Muslim minorities, underscoring how the Diyanet is in the service of Sunni Islam exclusively.

Paylan, an ethnic Armenian who also sits on the commission, said, “As a Christian citizen of the Republic of Turkey, let me put it openly: I pay taxes, just as all Christians, Alevis, Jews, Yazidis and people from all faiths in this country do. They say the Diyanet is in the service of Islam alone. In fact, I do not want the Diyanet to serve us because our institutions are autonomous. Ever since Ottoman times, we have been in favor of running our institutions autonomously. That’s the way it should be. The state cannot have a religion and a religious authority.”

Yet in the existing framework, Paylan stressed, “the Diyanet could function as a coordination body that serves or supports everyone since everyone is paying taxes.” The institution’s current approach of “serving only one sect of only one religion does not conform with rights and justice,” he added.

What about the Diyanet’s use of funds collected from non-Muslim and non-Sunni Muslim taxpayers for activities across the world? “This is an indication that the policy of Turkification and Islamization that Turkey has been pursuing for hundred years has now crossed borders,” Paylan said.

For Selin Sayek Boke, a CHP deputy and scholar of economics, the draft budget speaks to the intentions of Erdogan’s administration — which she calls the “palace regime” — to solidify the executive presidency system.

“The budget is … the text in which a government manifests its ideological choices,” Boke told Al-Monitor. “And Turkey’s 2019 budget tells us this: ‘The Palace is my only concern.’ How do we know that? Because we have here a budget that hikes the president’s salary while no one else in the country has had a pay rise. And the largest share [of the budget] is allocated to the presidency.”

The budget bill is a message that “the palace regime will be deepened,” while the increase in the Diyanet budget signals that “political Islam is indispensable” for Erdogan’s administration, Boke said. “Those increases come at the expense of cuts in social security and other basic spending items, which are about the real needs of the people,” she added.

For Boke, the increase in the Diyanet budget meshes with the spirit of the new governance system. “The Diyanet budget complements a structure that exploits religion in politics,” she said. “Political Islam is one of the principal crisis-generating legs of the current system. The budget invests in the Diyanet’s spreading of Sunni Islam across the country and abroad, meaning that it does not invest in the country’s future and education. The budgetary choices in favor of both the Diyanet and the presidency highlight the nature of the system under which we are being governed.”

Of note, funds allocated to religious activities are not limited to the Diyanet budget. The budget of the Religious Education Directorate of the Ministry of National Education serves the same purpose.

Last but not least, Ankara’s 2019 budget proposal does little to help the impoverished masses against the impacts of the deepening economic crisis.

According to economist Haluk Celiktas, belt-tightening policies that cut down public investments will worsen the effects of the crisis. “Public investments are cut by 30.9% and social security spending is cut by 10.1% from the previous year. In total, public spending items are down by 59.9% in the 2019 budget,” he said.

Celiktas noted that the proposed defense budget, on the other hand, gets a fresh boost to reach 102 billion liras ($19.3 billion). “For many organizations and civil society groups that call for political dialogue and peaceful solutions on various issues, primarily the Kurdish question, this is a militarist budget,” he said.