Turkey’s Religious Affairs Directorate has acquired unprecedented influence and budget means under Erdogan, spending more than the Foreign and other ministries. 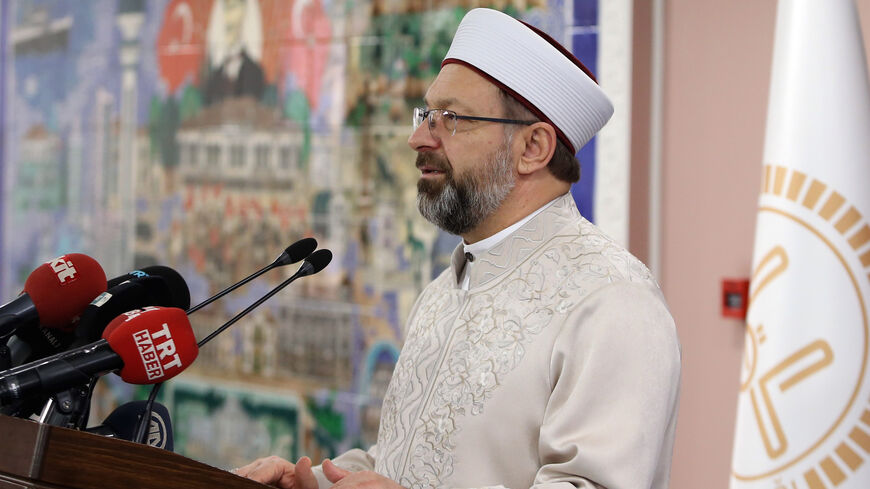 The Turkish government’s meddling with secular lifestyles has gone as far as to ban alcohol sales during a 17-day lockdown against the COVID-19 pandemic until May 17, stoking fears that Turkey’s secular legal framework is being increasingly undermined. This comes against the backdrop of an unprecedented expansion of religious infrastructure and religious education that mirrors President Recep Tayyip Erdogan’s vows to raise “pious generations” bound by the moral tenets of Islam. Various public institutions have been used to advance the drive, but standing out among them is the Religious Affairs Directorate, which has been consistently reinforced, both in terms of personnel and financial means.

The directorate, known as the Diyanet, has acquired extensive influence and power unseen since its establishment in 1924, less than a year after the modern, secular Turkish republic was born on the ashes of the Ottoman Empire. With a budget allocation of some 13 billion Turkish liras ($1.6 billion) this year, the Diyanet ranks 13th among 40 public entities funded from the central government budget. In the first quarter of 2021, its spending outstripped that of major ministries such as the Foreign, Tourism, Industry, Trade and Environment ministries, official data show.

The Diyanet’s personnel has constantly grown as well, reaching 128,000 people in 2020. The agency runs some 90,000 mosques and about 20,000 Koranic courses across Turkey and organizes pilgrimage trips to Mecca for about 125,000 Turkish citizens per year.

Scores of Islamic orders and communities, many of which have grown their own business groups, have been active in Turkey, seeking to reinforce the influence of Islam over social and political life. Under Erdogan’s Justice and Development Party (AKP), in power since 2002, efforts to Islamize education in particular have picked up. Along with the expansion of private schools linked to Islamic orders, the number of public imam-hatip schools, originally founded to raise Muslim clergy, has risen from several hundred to more than 1,600, with enrollment exceeding 610,000 students. The religious curriculum in regular public schools has been expanded as well.

The Diyanet has readily embraced Erdogan’s “pious generations” vision, as its head, Ali Erbas, has openly stated. “We have to make the best of the opportunities before us to raise a pious generation. The presence of close to 150,000 religious functionaries, hundreds of thousands of imam-hatip graduates, teachers and students, tens of thousands of theology graduates, lecturers and students, and tens of thousands of instructors and students at Koranic courses as well as [the introduction] of elective courses on the Koran and the Prophet’s life … in all grades in primary and secondary schools — those are all great opportunities,” Erbas wrote in the Diyanet’s monthly magazine in 2015, when he headed the agency’s education department.

Of note, the Diyanet represents only the Sunni Hanafi school of Islam and shuts out most notably the Alevis, a sizable minority that follows a distinct Muslim faith with its own houses of prayer, not mosques. Still, all taxpayers contribute to financing the Diyanet, regardless of their faith or the lack thereof.

The agency has a backyard, the Diyanet Foundation, whose activities and influence have been similarly expanding in recent years, drawing mainly on public coffers. Exempt from taxes and free to raise donations without prior authorization since 2005, the foundation has established a television channel and university, along with publishing religious books, building mosques, developing Koranic courses and building dorms, organizing pilgrimage trips to Mecca and running commercial activities.

The foundation describes its mission as “backing the activities of the Diyanet, expanding religious services to larger masses and raising the generations that will assume religious services in the future.” The foundation boasts it has become “a huge civic society movement” with more than 1,000 branches across Turkey and international outreach to 149 countries, including charity work and support for religious, cultural and educational activities.

The Diyanet and its foundation had gained prominence after the 1980 coup in Turkey, as the military leadership and right-wing politicians saw Islam as a wave breaker against leftist movements during the Cold War. Their real heyday, however, came under the AKP, energized further since Erdogan assumed sweeping executive powers in 2018.

On its list of accomplishments, the foundation cites the inauguration of more than 3,800 mosques and about 2,900 Koranic courses in Turkey, as well as more than 100 mosques and educational buildings in 25 other countries.

Besides regular donations, the foundation has come to collect zakat, the obligatory charitable contribution that well-off Muslim believers are required to give out to the needy. Also, it has been generating growing revenues by organizing pilgrimage trips to Mecca in cooperation with the Diyanet, operating commercial enterprises and making real estate investments in various fields in the construction sector.

Clearly, the Diyanet’s ambitions transcend Turkey, aiming at a wide-reaching influence across the Muslim world. In a vivid description of this vision, the agency’s former head, Mehmet Gormez, said in 2016, “The Diyanet has become the Diyanet of all Muslims, not just Turkey’s. It has grown into an establishment to which our brothers in Central Asia, the Balkans, Africa and other regions go for [support on] religious services and religious education. Since 2006, it has been providing services at 40 locations in Africa and has taken services to 7 million brothers in Latin America as well as our Muslim brothers in Pacific Asia.”

According to Ceren Lord, a University of Oxford scholar, against the backdrop of Erdogan’s shift to a “one-man” regime, the Diyanet’s standing could increasingly resemble that of the Ottoman Sheikh ul-Islam office, “an actor at the heart of state power that was subordinate to the sultan but at the same time enjoyed an autonomous space as an Islamic authority.” She adds, “One could perhaps argue that the Diyanet is reverting to its roots but … does the republic need such a Diyanet?” 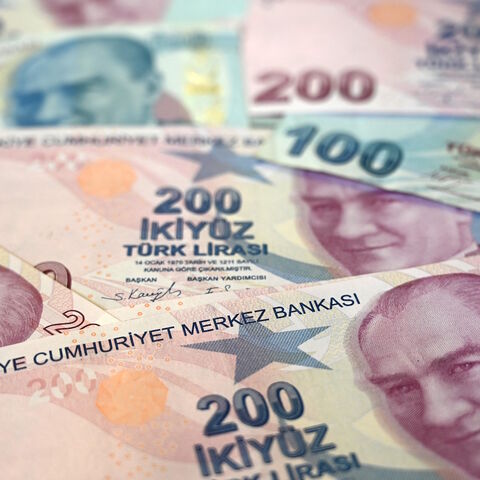