Israel Defense Forces are confronted with a new reality in which Hezbollah receives weapons from Iran by air cargo landing in Beirut and not by truck convoys from Syria. 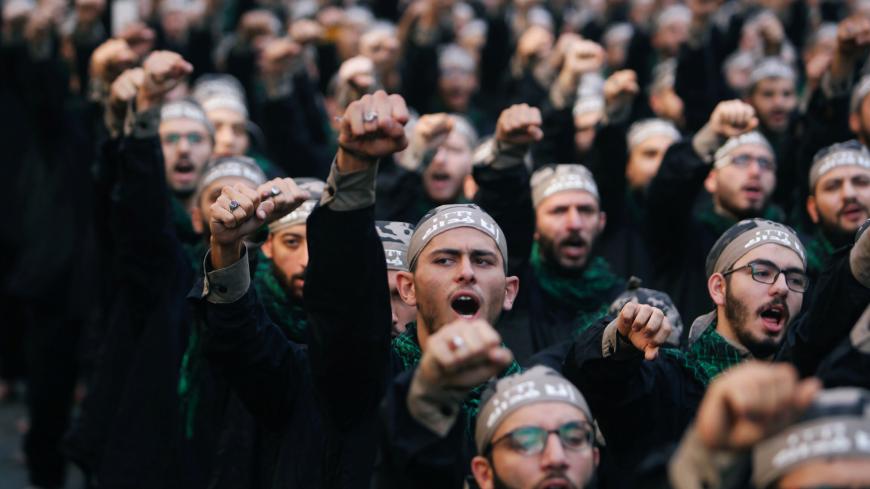 A civilian Iranian airliner operated by a company with ties to the Iranian Revolutionary Guard Corps landed at Beirut’s Rafik Hariri International Airport on Nov. 29 on a direct flight from Tehran. This jet had been the target of several Western espionage agencies for many long months. According to earlier reports on Fox News, the last time the plane landed in Beirut, its cargo included GPS systems that were supposed to be installed on Hezbollah missiles and rockets. What this means is that the plane’s cargo threatens to interrupt the relative, if tense, quiet along Israel’s northern front, where Israel, Iran and Hezbollah are still engaged in round-the-clock, low-level skirmishing.

Israel considers the joint Iran-Hezbollah precision project (precision-guided missiles) to be a strategic threat, which will make it (Israel) more vulnerable in the next conflict than it is today. Precision missiles will allow Hezbollah to interfere with Israeli air force activities, target major infrastructures and population centers, and cause Israel considerable damage.

The Security Cabinet has deemed the precision project a “red line” for Israel and grounds for war. Thwarting the project at almost any cost has been made a top priority. While Israel has launched numerous attacks on this project over the past two years, it limited these attacks to Syrian territory only. According to foreign reports, the Israeli air force attacked a Syrian research center, supply convoys and aerial transports landing at Damascus International Airport, where the cargo was loaded on trucks headed to Beirut.

Nevertheless, it took the Iranians quite a while to realize that Israel was serious. Right now, it seems like they are changing their tactics. They are no longer flying supplies into Damascus and transporting them over land to Beirut. From now on, their Boeings will land in Beirut on direct flights from Tehran. While this will expose the Lebanese government to international pressure and even sanctions, it will put a sudden stop to Israeli attacks on the transports. Iran does not believe that Israel would dare to down a Boeing jet. Doing so would open the gates of Hell.

The question is whether Israel knows this too. In his last speech to the United Nations General Assembly on Sept. 27, Prime Minister Benjamin Netanyahu named two sites right in the heart of Beirut where Israeli intelligence claims Hezbollah kept its stores of precision rockets. He did this to apply pressure on the Lebanese government. He wanted to send it an explicit warning that “We know everything. You’re playing with fire.” But the Lebanese did not cooperate. They just emptied out the storehouses as quickly as they could and conducted a tour for journalists there in an attempt to prove that there were never any missiles there in the first place. Now, the Iranian airplane arriving in Lebanon sends Israel the opposite message: Iran and Hezbollah are serious about their precision project, and nothing Israel does can stop them.

Israel believes that this change to Iran’s modus operandi, with its transition to direct flights from Teheran, is not simply the result of many hundreds of attacks on convoys by the Israeli air force. It can also be attributed to Russian pressure. Having turned a cold shoulder to Netanyahu recently, Russian President Vladimir Putin made it clear to the Iranians as well that he will not tolerate any activity that threatens stability in Syria. He regards both Israel and Iran as two neighborhood punks who are trying to disturb the public order, and he sees himself as the neighborhood cop who will not allow that to happen. That is why Iran made the decision to skip Syria entirely and use direct flights to Lebanon instead. That is why the number of Israeli attacks on Syrian territory has declined significantly recently.

At the same time, however, mysterious fighter jets attacked targets in southern Syria again just one day after the Boeing jet landed in Beirut. This was a very “noisy” attack. It was also the first attack attributed to Israel in a very long time. If, in fact, it really happened, it apparently had no connection to the cargo flight to Beirut. It does, however, indicate a worrying escalation, and it means that the situation could deteriorate rapidly.

This presents Israel with a complicated dilemma. In the past, no Israeli government has ever gone to war over the threat of a hostile nation growing more powerful. There have only been two exceptions to this rule: the bombing of the Iraqi nuclear reactor back in 1981, and the bombing of the Syrian reactor in 2007. This principle is known as the Begin Doctrine, after Prime Minister Menachem Begin, who ordered the bombing of the Iraqi reactor. According to this Begin Doctrine, Israel will not allow any of its enemy countries to arm themselves with nuclear weapons and will do everything it can to prevent this from happening, no matter the cost.

This leaves the following question: Can this doctrine also be applied to Iran’s latest move, trying to transform Hezbollah into a genuine threat that could paralyze Israel with hundreds of precision rockets and missiles? Does the threat inherent in the precision project raise it to the level of some mini Begin Doctrine response? Is thwarting the precision project worthwhile? Important? Is it worth the risk of going to war over?

In a Nov. 22 radio interview, former Deputy Chief of Staff Maj. Gen. Yair Golan said that Israel’s success in containing the precision project to date has been very limited. The current switch from transporting the necessary equipment by land to transporting them by air threatens even that.

Israel has already been burned in the past by downing aircrafts, when such attacks were seen to be a fatal threat. Before hitting a private cargo airplane, Israel will require precise intelligence, cross-checked, locked and confirmed. There is zero room for error. It is hard to assume that there is anyone in Israel capable of giving such an order. Downing a Boeing jet would open up a dangerous new front and put civilian aviation right back in the circle of violence and terror. It is a precedent that would incur the wrath of the entire world against Israel, even if it can be proved that the jet contained weapons of one sort or another. It is, therefore, safe to assume that the most practical option open to Israel is to apply its rules for Syria to Lebanese territory as well and launch military attacks against the deliveries only after they arrive. That is what the intelligence community is there for in the first place.

So far, Israel has limited its attacks on supply and weapons convoys to Syria. It made a conscious decision to avoid attacking these convoys in Lebanon. It took advantage of Syrian President Bashar al-Assad’s tenuous grip on power, the disintegration of the Syrian army and the overall state of chaos in the country. But these circumstances are changing rapidly. Meanwhile, Hezbollah engages Israel with a different set of rules, which includes mutual deterrence. Israeli attacks against Hezbollah targets in Lebanon could ignite this old barrel of gunpowder and with it the entire Middle East.

It is possible that this is what Prime Minister Netanyahu meant in his speech on Nov. 18. In it, he hinted at difficult decisions, military conflicts that haven’t been resolved and the “sacrifice” that Israel will be expected to make. Given the theory of sacrifice, it will be left to Netanyahu to deliver on the final decision. It will be the toughest decision he has had to make since he came to office in 2009.