Iran’s main pension funds appear to be in dire need of prompt reform in order to survive without government bailouts. 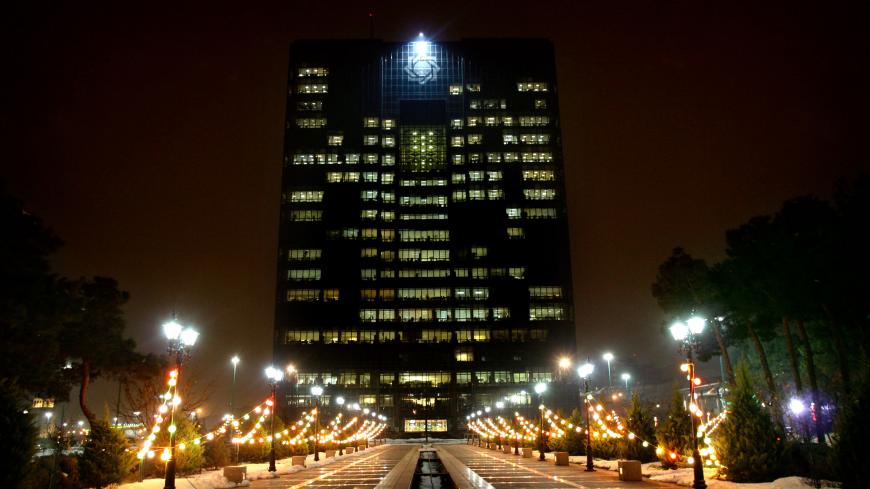 A general view of the Central Bank of Iran building in Tehran, Iran, Jan. 23, 2006. - REUTERS/Morteza Nikoubazl

Successive Iranian administrations have in past decades, to various degrees, shown a tendency toward populist policies. This has often meant losing sight of underlying issues that are only addressed after transforming into fully fledged crises. The state of pension funds in Iran, which is becoming increasingly dire, is a prime example of the latter.

Experts and observers have for years been warning that Iranian pension funds are on a steep, declining trajectory. Now, it appears that politicians are following suit: First Vice President Eshaq Jahangiri on Oct. 23 became the highest-ranking government official to sound the alarm on the funds, signaling the seriousness of the issue. Addressing a regional conference on aging societies no less, he referred to pension funds as one of the "major challenges" facing Iran. President Hassan Rouhani's second-in-command also reported some startling facts: Almost all of the expenditures of the Armed Forces Pension Fund and about 80% of the required financial resources of the Civil Servants Pension Fund (CSPF) — the country's oldest pension fund — which is currently run by the Ministry of Cooperatives, Labor and Social Welfare — are directly provided by the government.

"In the coming years, with the increased number of [members of the] workforce who will reach the age of retirement, their expenses must be provided through these funds," Jahangiri said.

Available data suggest that achieving such a goal is easier said than done. According to Iran's top business daily, Donya-e-Eqtesad, the Iranian treasury has paid an average of 25 trillion rials ($595 million) per month to the CSPF during the current Iranian year (which began last March). Considering that the government's total current expenditures based on the budget law amount to about 2.94 quadrillion rials ($70 billion), the paper said, if the current trend of payouts continues, payments to the CSPF alone will be equivalent to just under 10% of government current expenditures by spring 2019.

All of the 18 main pension funds in Iran — including that of the Social Security Organization (SSO), which covers some 14 million Iranians — are facing a liquidity deficit. That deficit has widened in recent years to regularly overshadow the entirety of the government's infrastructure spending since 2016, according to a recent study by the Monetary and Banking Research Institute (MBRI), which is affiliated with the Central Bank of Iran.

The study also predicts that if the current trend of an aging society coupled with recession and rampant unemployment continues — Iran's gross domestic product (GDP) is predicted by the International Monetary Fund to contract by 1.5% and 3.6% in 2018 and 2019 respectively, while unemployment has increased to 12.2%, according to the latest figures of the Statistical Center of Iran — the deficits of pension funds will only grow larger. This is all occurring while around two-thirds of Iranian pensioners go into retirement sooner than the official retirement age — which is 60 for men and 55 for women — with Iran's average retirement age standing at 51 and some even retiring younger than age 45.

As the MBRI study notes, Iranian pension funds will soon have few options to stay afloat except for a government bailout or smarter investment decisions. This accentuates their role in the country's overall financial stability. But in light of managerial deficiencies and the conditions of the fledgling capital market, this outsized role could prove more of a liability than an asset.

For instance, pension funds have had a track record of pressuring firms in which major stakes are held into borrowing from banks to gain liquidity in the short term. This leads to imbalanced corporate finances and damaged future revenues. Furthermore, since Iran's capital market still has plenty of room to grow, sudden sell-offs by pension funds may lead to turbulence and losses for many investors.

Last year, management consulting firm McKinsey worked with the CSPF to devise more long-term solutions for Iran's embattled pensions funds. The two sides came up with four emergency solutions and a number of long-term reforms. The first short-term solution, they said, would be to delay retirement in exchange for a number of incentives — a method that has been tried and tested successfully in countries such as Finland. The Iranian government was also advised to devise new taxes as previously done in North America. A third solution would be for the pension funds to effectively identify and sell their stagnant and low-return assets to generate much-needed liquidity. Lastly, allowing the funds to issue bonds with some of their assets as collateral was proposed as a solution. In this vein, it was projected that issuing 30 trillion rials ($715 million) worth of bonds with 19% return rates would cover 10% of the funds' current deficits in the span of four years. Indeed, the Rouhani administration has already turned to bond issues in recent years, but an overdependence on them can, on the other hand, create the grounds for future crises.

Should the Iranian government abide by the short-term proposals, it will have few incentives to pursue broader reforms that are more difficult, such as structural and governance changes in pension funds. These types of reforms usually trigger harsh reactions, as French President Emanuel Macron found last year when his labor and social security reforms were challenged by nation-wide protests. Already reeling from the effects of US sanctions and mismanagement of the economy, the Rouhani administration can be expected to exercise caution about pursuing any trigger for potential unrest.