How will Iran take care of its aging population?

Iran has five years to address the underfunding of its pension system or face an economic and budgetary crisis. 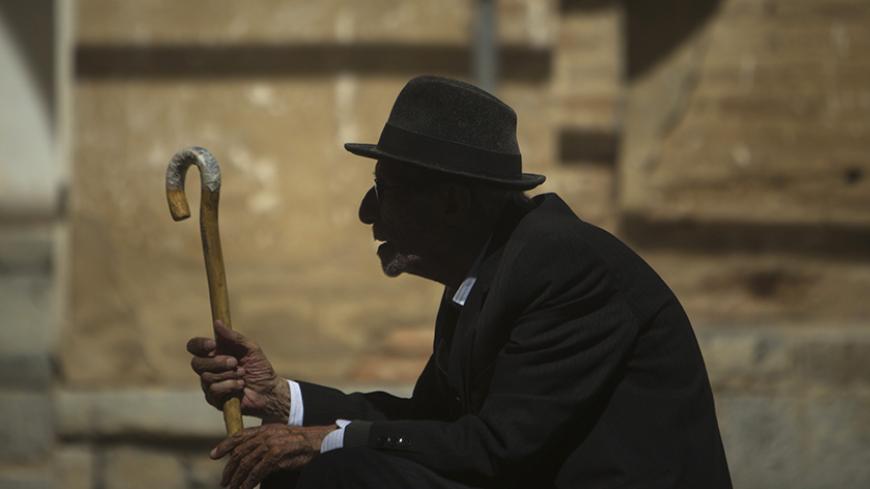 An elderly man rests at a historical site in the city of Sanandaj in Kordistan province, northwest of Tehran, May 10, 2011. - REUTERS/Morteza Nikoubazl

TEHRAN, Iran — Mohammad Bagher Nobakht, head of the Management and Planning Organization (MPO), warned March 6 that Iran has five years to address the underfunding of its pension system or face a major crisis. It is not the first time this alarm has been sounded.

Concerns about the looming pension crisis first surfaced in the early 2000s. At the request of the MPO, the World Bank prepared an in-depth report in 2003 that recommended “necessary steps” for implementing a reformed pension program. The matter remained unaddressed for more than a decade, however, largely due to macroeconomic mismanagement and the imposition of intensified nuclear-related sanctions between 2010 and 2015.

Of the 22 pension funds currently operating in Iran, only a few have a reasonable potential support ratio — that is, the number of people aged 15-64 per person aged 65 or above. According to Iran's leading economic daily, Donya-e Eqtesad, the support ratio for the Social Security Organization (SSO), the country's largest pension fund, hovers around 6.1. The ratio for the Farmers, Villagers and Nomads Social Insurance Fund is 29.1, and for the Attorneys Protection Fund it stands at 38.5. The rest of the funds are either insolvent or on the verge of bankruptcy, including the Civil Servants Retirement Organization (CSRO), the country’s second largest fund.

Mahmoud Eslamian, head of the CSRO, says his organization does a “breathtaking job” every month to pay pensions to 1.26 million retired civil servants. Given that there are only 1.15 million working contributors to the fund, its support ratio is currently lower than 1. As a result, up to 76% of the financing required for pension payments come from government sources, Eslamian remarked recently in an interview with the business magazine Tejarat-e Farda.

“The decisions made by former administrations and parliaments in the past four decades created 4.1 quadrillion rial ($135.6 billion) worth of financial burden for the CSRO,” he argued. For example, the previous administration, headed by Mahmoud Ahmadinejad, interfered with how the organization calculates pensions payable to retirees, but never made contributions in exchange for the commitments it imposed on the CSRO, Eslamian said.

There are several other pension funds in dire straits. According to Donya-e Eqtesad, the Armed Forces Social Security Organization has a potential support ratio of 0.89. The figure for the Oil Pension Fund Investment Company stands at 1.4, for the Ports and Maritime Organization’s Pension Fund at 0.62, and for the Banks Pension Fund (BPF) at 1.6.

The low support ratios, which vividly portray the heavy burden put on the working population by the non-working elderly, have caused deep concern within President Hassan Rouhani's administration about the future of Iran’s pension system. This is particularly so because in 35 years, Iran will no longer have a youthful population. According to data from the United Nations Population Fund, the potential support ratio in Iran will be 2.7 by 2050, a drop from 14.29 in 2000. This trajectory will put overwhelming pressure on future government budgets.

Eslamian believes structural reform could address these problems and enable his organization to bounce back to life in the long run. According to him, the latter could be achieved if the government pays its debts to pension funds and stops interfering in their affairs.

Esmail Gorjipour, a senior pension expert with the Ministry of Cooperatives, Labor and Social Welfare, has criticized previous administrations' pension policies, arguing that they have led to an effective decrease in the retirement age. He suggests that the retirement age be raised by 12 to 13 years.

The majority of Iranians who retire in their 50s are of an age to be recruited again for work. Thus, the number of jobseekers continues to rise while the government’s ability to create more employment opportunities remains underdeveloped. The Rouhani administration claims that it has proposed solutions to the problems of the pension system in the sixth five-year economic development plan (2016-2021), now being reviewed in parliament. It is not yet clear whether Rouhani has also considered a mechanism to supervise the performance of pension funds under the five-year plan, which is said to focus on the looming water, environmental and pension crises.

Hossein Abdoh Tabrizi, a financial expert and senior adviser to the minister of roads and urban development, said on Iranian state television last month that the pension funds have not been supervised in the past three decades, even though they have freely been managing public coffers.

Indeed, in the recent past, pension funds have been competing with one another to buy state companies during the privatization drive that kicked off in 2008. The problem has been that these funds, and the companies in which they have bought shares, have remained under the management of people directly appointed by the government. Hence, these privatized companies are effectively still under state management, but with no oversight of their performance.

Abdoh Tabrizi says strong supervision and regular appraisals would help improve the performance of pension funds and their subsidiaries alike. In the end, pursuing genuine privatization appears to be the most effective means of helping address the current problems faced by the pension funds, with most experts also urging a higher retirement age.