Do Iranian MPs want to send working women back home?

The Iranian parliament’s approval of a law to allow women to apply for early retirement after only working for 20 years triggers heavy criticism of the economic and social consequences. 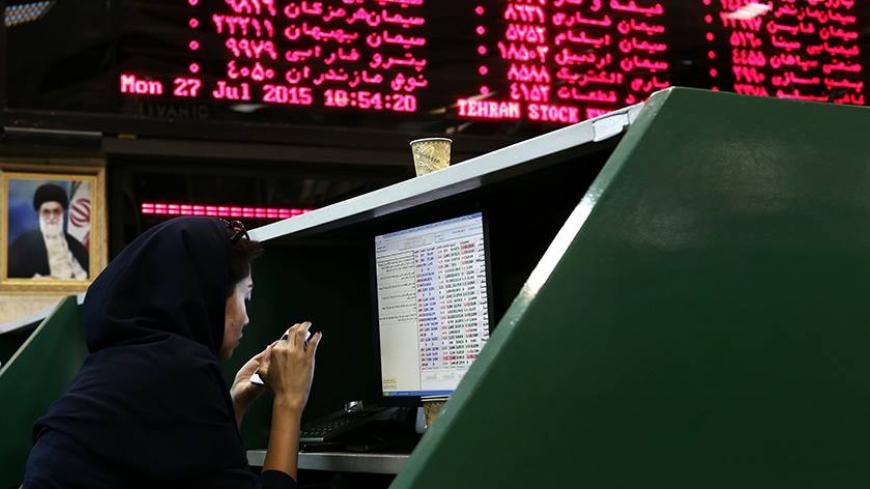 On Jan. 15, Iranian lawmakers approved a new law that would oblige state-run and public organizations to accept early retirement requests of female employees who have worked at least 20 years, without pushing any age limit. At present, the age limit for early retirement of women covered by the Social Security Organization (SSO) is 52. The law needs to be approved by the constitutional watchdog, the Guardian Council, before going into effect.

The legislation, which is part of the sixth Five-Year Economic Development Plan (March 2017-March 2022), has prompted a swift outcry by pension authorities. Given that most pension funds rely heavily on government resources to meet their obligations, officials have complained that the move would impose a heavy financial burden on not only struggling pension funds but also the state budget.

In August 2016, First Vice President Eshaq Jahangiri had revealed that the administration covers 70% of pension costs, while some funds, such as the Armed Forces Social Security Organization, are fully state funded.

A day after the controversial Jan. 15 vote, Deputy Minister of Cooperatives, Labor and Social Welfare Hojjatollah Mirzaei called on the Guardian Council to stop the “naive” decision, warning that it will affect 150,000 employees within an immediate time frame. He further warned that the legislation will impose a financial burden of about 100 trillion rials ($3.08 billion) on the Civil Servants Retirement Organization (CSRO), the country’s second-largest fund, if it goes into effect.

Indeed, the law could deprive the CSRO from pension premiums payable by 530,000 female employees over at least a decade, given that these employees have only worked 18.5 years on average, according to member of parliament Kamaloddin Pirmoazzen, as reported by the Aftab News website. Of note, the CSRO is barely able to meet 20% of its financial obligations at present, with the rest coming from the state.

Other estimates suggest that the legislation will impose 1 quadrillion rials (nearly $31 billion) in extra costs on the 22 existing pension funds over the next five years, leading economic newspaper Donya-e-Eqtesad reported Jan. 23. The sum excludes the 4 quadrillion rials ($124 billion) of costs that populist lawmakers have imposed on pension funds through 28 different votes similar to that on Jan. 15 over the past four decades. Indeed, lawmakers have so far never approved a bill that would boost contributions to pension funds.

The SSO, which covers almost half of the labor force in the country, is the only pension fund in decent shape. However, critics now fear that the persistent approvals of populist pension legislation will eventually drag down the country’s largest pension fund, too, causing a social and economic disaster. Yet it is not just lawmakers who should be blamed for the situation. Consecutive administrations have also failed to push hard enough for reforms, let alone warning the public about the repercussions of the populist pension policies.

Given the critical state of Iran’s pension funds, there is an urgent need for the authorities to immediately make smarter choices when it comes to caring for senior citizens — especially as the country is getting older. One social security expert noted in an October 2015 speech that Iran’s elderly population will reach 10 million in 2021, up from 6.2 million in 2015.

Moreover, if the Jan. 15 law is ratified by the Guardian Council, it will lower women’s labor force participation. While most countries are encouraging greater female participation in the economy, the implementation of the legislation could be interpreted as an effort to isolate women from their roles in the job market and eventually replace them with a younger male labor force. This policy, which is backed by many ultraconservatives in Iran, is in clear conflict with calls by the moderate incumbent administration for the stronger presence of women in society.

In the education sector alone, a large number of experienced teachers will be given an option of early retirement — a development that would be a “major blow” to the education system, Mahnaz Ahmadi, the director of Women's Affairs at the Education Ministry, told ISNA news agency Jan. 25.

In a Jan, 25 interview with the official IRNA news agency, Essa Mansouri, the deputy minister of cooperatives, labor and social welfare responsible for employment and entrepreneurship development, underlined the need for action in favor of a more female labor force. Noting that Iran is ranked 139 among 144 countries when it comes to the gender gap, he called for strategic planning on a national scale to mitigate this gap.

The participation rate of women in the labor force was as low as 25% on average between 2005 and 2016. Although the new law is supposed to be part of a strategic development plan, it seems in essence to be against the development of a more female labor force, as it would further weaken the social status of Iranian women. However, it seems that conservatives are not too upset about this prospect. In an editorial published by Qods newspaper and republished by Fars News Agency Jan. 29, Yasser Jebraili dismissed arguments made by “liberals,” accusing opponents of the Jan. 15 law of letting in a Western conception of development. The “liberal” conception of development, he said, makes women exhausted by an intense workload and heavy social responsibilities. The article voiced support for the Jan. 15 vote, urging lawmakers to not yield to pressure.

Lastly, although the new law makes early retirement for women optional, social security experts are noting that those retiring under the legislation will only receive two-thirds of their final salary. Given the already generally low salaries in Iran, experts believe that retirees will not receive enough to survive, warning that the law could create more economic and social headaches for the government in the years to come.