Why pension funds in Iran could face bankruptcy tsunami

Years of mismanagement and populist legislation, coupled with an increasingly ageing population, have driven Iranian pension funds to the brink of mass bankruptcy. 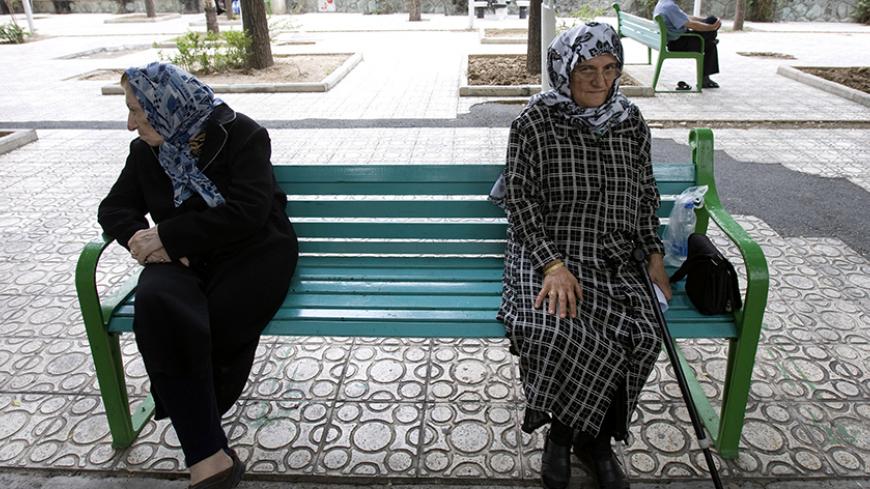 Tehran, IRAN — One of the key underlying economic challenges of Iran is the current underfunding of its pension system. Make no mistake: Pension reform must be a priority for the country. Figures posted by the Ministry of Cooperative, Labor and Social Welfare show that "a major portion of pension funds have either gone completely bust or are among the ones relying tremendously on state resources," reported Eqtesad News on Jan. 23.

The most important issues are the imposition of financial obligations by consecutive administrations over the past four decades as well as the approval of populist legislation by various parliaments, and particularly under the previous conservative government. Combined with the pension funds’ own financial problems, the situation is truly dire.

By politically influencing the pension reserves, consecutive governments have mismanaged the assets owned by these funds. At present, most of them are accumulating large, unsustainable and unfunded pension liabilities. In this vein, problems concerning equity, efficiency and management are pervasive. In an interview with business weekly Tejarat-e-Farda on Oct. 8, 2016, Mohsen Riazi, the deputy of the social and economic planning office at the Social Security Organization (SSO), said, ”Policies such as early retirement in difficult and hazardous occupations and renovation of industries that have played a great role in the financial misbalance of the largest pension fund in the country [belonging to the SSO] date back to the Reformist government [1997-2005].”

Riazi also reiterated that the Health Reform Scheme modeled on Obamacare that is implemented by President Hassan Rouhani or increasing retirees’ monthly pension payments by 800,000 rials ($25) at the end of the first term of Mahmoud Ahmadinejad’s presidency (2005-2009) could be referred to as “embittering policies” exerted on the SSO, shrinking its meager financial resources to a minimum.

Another issue aggravating the dire situation of pension funds is the protective laws ratified by lawmakers who consistently have passed populist bills supposedly in support of vulnerable groups in society. Parliament Speaker Ali Larijani, who is also the deputy head of the parliamentary economic commission, has addressed parliamentarians’ approval of bills relevant to pension funds, saying, ”In the previous [parliamentary] terms, occasionally the members of parliament conducting their duties as representatives suffered from politicization and made rash decisions.”

He added, “This brought about a crisis for pension funds, and sadly, the resulting actions of the preceding parliament [2012-2016] are not very defensible.”

Indeed, in a session held on Jan. 15, members of parliament — without counseling appropriate expert agencies such as the parliament’s Research Center or conducting any other conventional investigations — voted for a bill on the early retirement of working women who have merely contributed payments to their respective pension funds for 20 years, without pushing for any age limit. This is while no actuarial calculations of such a decision and its likely impact on fund assets have ever been carried out. That being said, preliminary estimates indicate that the move will cost pension funds some 1,000 trillion rials ($31 billion) collectively over five years alone.

Minister of Cooperatives, Labor and Social Welfare Ali Rabiee has expressed his concerns over the alarming conditions of pension funds. Addressing parliament on June 14, 2016, he said, “The total budget deficit of pension and insurance funds stood at about 360 trillion rials [$11 billion]” through the end of the Iranian calendar year 1394 (ending March 19, 2016). He added, “Casting a blind eye on fund-holding principles caused the deficit to grow from approximately 42 trillion rials [$1.3 billion] in 2005 to 600 trillion rials in 2013, adding to the government’s debt, and continuing the same trajectory, the deficit is climbing exponentially.”

Meanwhile, the demographic transition Iran is experiencing suggests that the number of people paying social security premiums will gradually decline while those entitled to the benefits of yearslong contributions to the pension system will increase. Indeed, it is estimated that the percentage of over-65-year-olds in Iran will reach 10%, 15% and 25% in 2021, 2036 and 2049, respectively. The disproportion between contributions received and benefits paid by pension funds severely damages their financial capability.

Needless to say, the promised benefits are not in line with retirement rules and contribution rates. As is the case in Iran, basing pension entitlements on the final two years of earnings rather than the average of pay over one’s lifetime appears unfair and might be open to abuse. This has worsened the standard for the replacement ratio, meaning a person's gross income after retirement divided by his or her gross income before retirement.

It is noteworthy that the replacement ratio in Iran is already one of the highest in the world. According to Esmail Gorjipour, the head of the social security office at the Ministry of Cooperatives, Labor and Social Welfare, the ratio was 85% of the final salary at SSO and 87% in the Civil Servants Pension Fund (CSPF) in the Iranian year ending March 20, 2015. In addition, the support ratio — the number of people aged 15-64 per person aged 65 or above — which normally should be around 5, is 0.93 for CSPF and 4.57 for SSO. These ratios are indicative of an imminent crisis for a majority of pension funds in Iran.

Many pundits have warned about the disastrous consequences of any deferral in taking proper and immediate action to help pension funds out of crisis, as they believe the funds are already on the brink of bankruptcy.

Indeed, the time for change is now, as correctly advised by an in-depth report on pension funds in the region conducted by the World Bank in 2005. The recommended changes and reforms, nonetheless, should be executed by introducing systematic and/or parametric modifications to pension funds. If not, the odds are that Iran will have to pay a heavy penalty by exposing itself to the risk of social and political upheaval in the foreseeable future.