For President Hassan Rouhani to realize his campaign pledge to revive the Iranian economy, he must find a way to rein in the quasi-state sector. 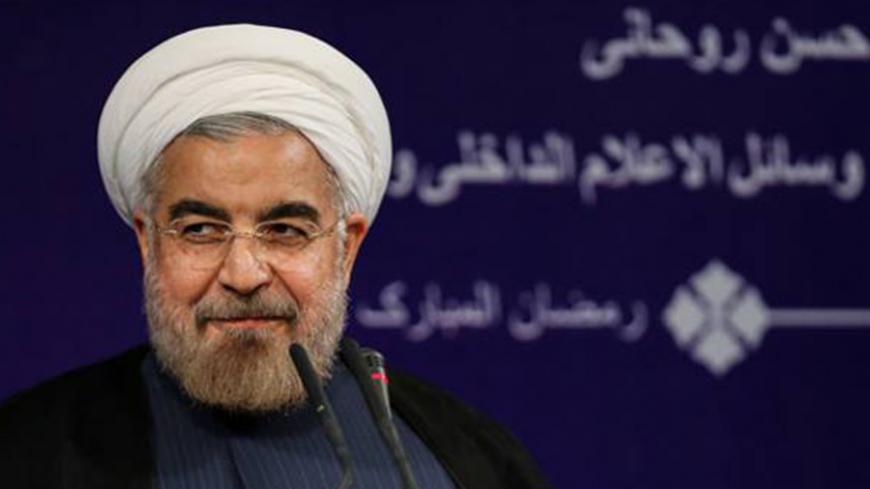 The economy dominated Iran’s recent presidential election. Hassan Rouhani, the incumbent, argued that integration into the global economy is the only path to prosperity and job creation, while his rivals accused his administration of having ignored the poor. Rouhani's opponents also promised to create millions of jobs, double the size of the economy and triple monthly cash payments to low-income families. In the end, most Iranian voters preferred Rouhani's path. Whether President Rouhani can deliver on his promises remains unclear, as does whether the head of government is powerful enough to realize any pledge to fundamentally revive the economy.

The distinct division between the public and private sectors of national economies as generally understood by economists does not apply in Iran. Iranian university professor Amrollah Ghadiri wrote in a May 1 editorial for the leading daily Donya-e Eqtesad, “It is time for us to separate the government as the executive branch from the state and organizations affiliated with the state in studying the economy.” In short, study of the impact of government policy must take into account the so-called quasi-state sector in Iran.

The quasi-state sector consists of businesses registered as private entities under Iran’s Commerce Code but in reality are either wholly or partially owned by actors like the military, foundations (bonyads) and pension funds. This sector has continuously expanded since the early 2000s, entering such areas of telecommunications and banking. Indeed, when Irancell won the right to become Iran’s second wireless provider in 2005, nobody missed that Iran Electronics Industry, a Defense Ministry company, held a 51% stake in the venture. Last year, one report estimated that 19,000 companies comprised the quasi-state sector.

The quasi-state sector emerged following the end of the Iran-Iraq War (1980-88), when public institutions began to establish companies, and military organizations set up businesses. For instance, Khatam al-Anbia, the Islamic Revolutionary Guard Corps' (IRGC) business conglomerate, was founded as a military headquarters for reconstruction in 1989. These quasi-state entities — some of them public or part of the political system — established businesses of their own and registered them as private firms. For instance, the Kish Free Trade Zone Organization (KFTZO) set up the Kish Free Trade Zone in the late 1980s and serves as its administrator. KFTZO then founded Kish Airlines, assumed ownership of property on Kish Island and became a major player in the tourism industry.

When the Iranian government initiated privatizations in 1989, as part of President Akbar Hashemi Rafsanjani’s policies to jump-start the economy, the quasi-state entities bid for shares in state firms. In effect, privatization became a process of transferring public property to companies defined as private businesses but belonging to public organizations. The story of Iran Aseman Airlines is a case in point. Created in 1980 through the merger of four formerly private airlines, the Iranian government transferred its 100% stake in the company to the Civil Servants Pension Organization (CSPO) in 2002.

Researchers consider Iran’s Social Security Organization (SSO) and CSPO to be among the chief beneficiaries of the privatizations. In 2013, Iranian legislators estimated that more than 1,500 trillion rials ($46 billion) in shares had been transferred to quasi-state entities as part of the privatization process, which intensified in 2005 following a decree by the supreme leader, Ayatollah Ali Khamenei. In several cases, there was no bidding. Rather, the government transferred its shares in state-owned enterprises to CSPO or SSO or banks upon Cabinet decrees or to satisfy budget obligations.

Today, Iran’s economy is a masterpiece of structural ambiguity. It is near impossible to draw clear lines between the public and the private.

Compounding the structural challenges that Rouhani faces are the bonyads. These foundations have vast holdings in real estate, agriculture, energy, transportation and banking, but they refuse to pay taxes, arguing that they have a public mission. During the recent presidential campaign, conservative candidate Ebrahim Raisi, head of Astan Quds Razavi (AQR), Iran’s wealthiest foundation, was asked why his employer does not pay taxes. Raisi’s response was that the AQR is exempt due to a decree issued by Ayatollah Ruhollah Khomeini, founder of the Islamic Republic. This prompted Kamel Taghavinejad, head of the National Tax Administration, to issue a statement reminding Raisi that exemption does not extend to value added tax and other tariffs, which AQR refuses to pay. According to the Central Bank of Iran, “institutions and foundations of the Islamic Revolution” in the period March-November 2016 paid only 15% of projected taxes.

For decades, the mainstream view among observers has been that the Iranian economy is the domain of the executive branch. The government indeed remains the owner of sizeable enterprises and properties. It also regulates the economy. Its numerous committees and councils address issues ranging from the quality of bread to industrial standards for fire-resistant materials. The emerging quasi-state sector, however, has been challenging the executive branch’s dominance in the economy and defying its authority as regulator. This has created a new reality on the ground, one that must be considered when assessing the government’s performance or predicting the impact of its policies.

The existence of a quasi state has caused differences over policies and the direction of Iran’s economy. For instance, the Rouhani administration would like to see Iranian banks join the global banking network and establish digital platforms for online payments. The quasi state apparently begs to differ.

Last December, Terrapinn, an international events company, was set to hold the Iran Payments 2016 Conference in Tehran, to focus on the future of banking, online payment systems and governance. Many observers viewed it as a first step toward facilitating partnerships between foreign and Iranian banks to modernize the banking sector. Instead, Nasim Online, a news agency linked to the security services, claimed credit for having exposed a “British-Zionist” plot to infiltrate Iran’s economy. One day before the opening of the conference, Terrapinn received word that it had been canceled. Moreover, when the government-owned Iran Air began negotiations to acquire Airbus and Boeing aircraft in 2015, quasi-state firms called for the domestic production of passenger jets or the purchase of Russian-made Sukhoi planes.

Addressing the business community in June, Rouhani expressed his frustration. “We wanted to transfer the economy to the people, instead we took parts of it from an unarmed government and gave them to an armed government,” he said. “This is not privatization.” Thus, while the president won re-election, it is clear that his opponents can still very much frustrate his plans and that his promises of structural reform face a formidable challenge.