How Iran plans to cover its budget deficit

As Iranian banks continue to struggle, the government has no choice but to develop the debt market in the coming years in order to make up for the damage incurred by the sanctions. 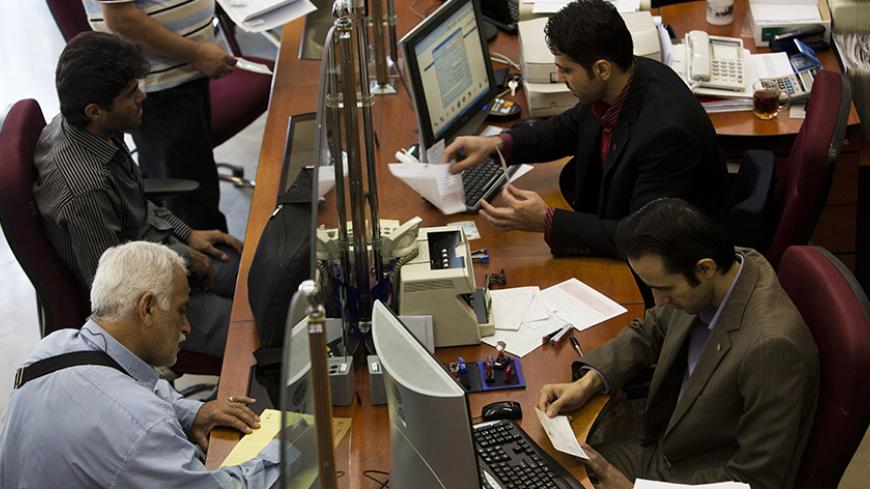 TEHRAN, Iran — Research shows that countries where businesses can easily raise funds in the bond market typically experience comparatively faster and stronger recoveries from a recession. This finding is important for a nascent market at its embryonic stage, such as Iran. Indeed, with hopes for economic growth, Iran is now developing its Islamic bond market.

Iran Fara Bourse (IFB) is an over-the-counter (OTC) market, meaning trading is done directly between two parties. It is home to a plethora of modern financial instruments, all of which are Sharia-compliant. These include instruments such as Murabaha, Musharakah, Ijarah, different types of Sukuk with various maturities and also Islamic Treasury Bills (short-term sovereign debt). The Sharia-compliant Islamic T-bills are the latest addition, having made their debut on Sept. 30.

According to Amir Hamooni, CEO of IFB, Iran ranks third among Islamic countries in the secondary market trades of Sharia-compliant securities — after Turkey and Egypt — having experienced a 30% year-on-year growth in such transactions. Hamooni also notes that 86% of debt market transactions in Iran pertain to the OTC exchange market. In this vein, he says that the current value of the Iranian credit market has reached 120 trillion rials ($4 billion).

Nonetheless, the Iranian bond market is still in its infancy. The governor of the Central Bank of Iran, Valiollah Seif, has stated that with respect to overall financing needs in the Iranian fiscal year that ended March 20, 2015, the bond market provided for less than 3.2%, while some 89.2% was facilitated by money markets and 7.6% by the stock exchange. To provide a better picture of the situation: on average, credit markets comprise 75% of capital markets around the world. In comparison, in the past four years, the bond market accounted for merely 5% of transactions in Iranian capital markets.

A shift from a bank-based economy into a more market-oriented structure is one of the key objectives that Iran is striving to materialize. This is largely due to the credit crunch faced by many financial institutions in past years due to these entities’ assets being in effect frozen in light of many microeconomic and macroeconomic pressures.

To achieve this shift toward a more market-oriented structure for financing, the bond market should for a number of reasons be highlighted as a leading force in this important process.

First and foremost, developing the bond market would significantly help strengthen and expand the private sector, whose growth has been a priority for the government. Iranian private sector firms currently heavily rely on banks as a major source for financing. In order to move forward, this must change. One of the most important tasks of financial institutions, with respect to helping promote a healthy and vibrant business atmosphere and enhancing economic growth and employment, is to be able to provide financing. An underdeveloped bond market gives the banking sector a quasi-monopoly position in the lending market. As a consequence, banks end up with less — and more costly — capital to lend to small and medium-size enterprises (SMEs).

Over the past Iranian fiscal year, 3.4 quadrillion rials ($114 billion) was extended to corporate loan seekers to accommodate their “working capital” requirements. However, Iranian bankers are not really interested in lending money to SMEs, but are more inclined toward lending to major companies for one fundamental reason: There are no rating agencies such as Moody’s or Standard & Poor’s in Iran. Moreover, repayment of interest to lenders is not viable as the internal rate of return and also production return rate, in the wake of the recent recession and inflation in past years, have hit rock bottom. Thus, Iranian borrowers are simply not able to pay pack their liabilities to the banks. This has in turn led to financial resources becoming frozen and banks becoming incapable of providing financing for other enterprises in need of capital. In this vein, Iran Fara Bourse has come up with diverse Islamic tools, as highlighted above, to assist borrowers in need of capital.

For instance, for those sectors lacking sufficient capital to buy raw materials, IFB has introduced Murahaba sukuks, an interest-free loan that provides credit sales in compliance with Sharia. Financing via this mechanism allows companies with weak balance sheets to continue operating, thus allowing them to generate tax revenues while keeping themselves financially healthy.

Moreover, the introduction of Islamic T-bills last autumn and continued issuing of such instruments has quintupled the amount of sovereign debt instruments. Of note, sovereign Sukuk, Ijarah, and Sovereign Settlement Bills are next in line for issuance for the coming Iranian fiscal year, beginning March 20. The budget motion put forth for the next Iranian fiscal year outlines the issuing of 225 trillion rials ($7 billion) of debt, of which 75 trillion rials ($2.5 billion) will be issued in the form of Islamic T-bills and the remaining portion in the form of Sukuk.

Development of a sovereign bond market provides a number of important benefits — if the prerequisites to sound development are in place. On the one hand, at the macroeconomic policy level, government securities provide an avenue for domestic funding of budget deficits, other than that provided by the Central Bank, thereby avoiding a buildup of foreign currency-denominated debt. On the other hand, government securities can also strengthen the implementation of monetary policy, including the achievement of monetary targets or inflation objectives, and can enable the use of market-based indirect monetary policy instruments. Also, a shift toward market-oriented funding of government budget deficits will reduce debt service costs over the medium to long term through development of a deep and liquid market for government securities. Furthermore, at the microeconomic level, development of a domestic securities market can increase overall financial stability and improve financial intermediation through greater competition and development of related financial infrastructure, products and services.

As the Iranian banking sector is struggling with a great number of problems internally and externally, most significantly non-performing loans and accumulated liabilities of the government, there is thus no practical solution left to the government than to expand the debt market in the coming years — if it intends to make up for the damage to economic growth incurred by the sanctions.