Intel: Why the US will stop supporting the Saudi-led coalition in Yemen 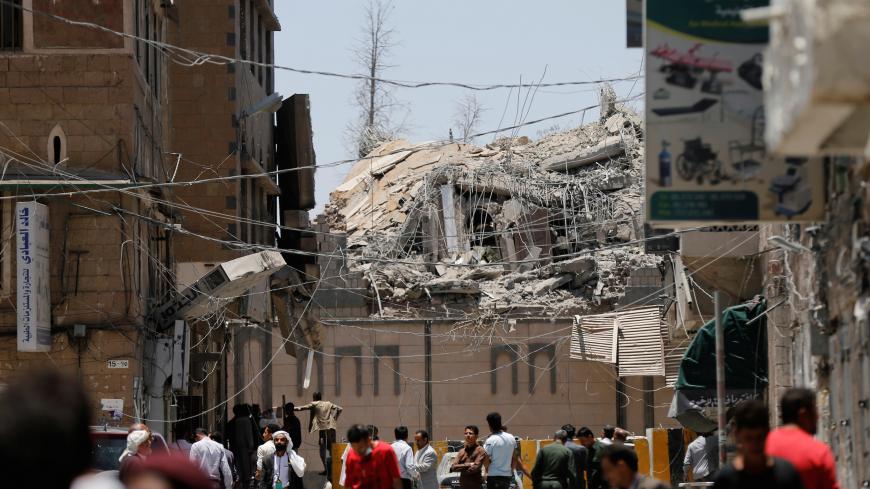 Part of the presidential compound was in ruins after being hit by airstrikes in Sanaa, Yemen, May 7, 2018. - REUTERS/Khaled Abdullah

US Defense Secretary Jim Mattis confirmed Friday night that the Pentagon would no longer refuel Saudi-led coalition planes fighting in the Houthi rebels in Yemen; the decision had been reported by The Washington Post earlier in the day.

Why it matters: The US decision to call off in-flight refueling of Saudi and Emirati warplanes comes after congressional Democrats — who have tried to persuade the Donald Trump administration to cut support to the coalition — swept to victory in the House of Representatives in Tuesday’s elections. “We support the decision by the Kingdom of Saudi Arabia, after consultations with the US government, to use the coalition’s own military capabilities to conduct inflight refueling in support of its operations in Yemen,” Mattis said Friday.

Beltway spin: Both the Pentagon and Saudi Arabia said Riyadh made the decision after the kingdom became self-sufficient in refueling efforts. “Recently the Kingdom and the Coalition has increased its capability to independently conduct inflight refueling in Yemen,” the Saudi-led coalition said in a statement. “As a result, in consultation with the United States, the coalition has requested the cessation of inflight refueling support for its operations in Yemen.” Mattis said at an event earlier this month that the United States only refueled 20% of Saudi bombing runs.

The inside take: Experts following US support for the Yemeni civil war say the news seems to be an effort to stop Democrats in Congress from cutting US arms sales to Saudi Arabia, which President Donald Trump has expressly sought to avoid — even over objections inside the administration. “I'd heard Mattis was close after the school bus strike,” a former US official told Al-Monitor, referring to an Aug. 9 airstrike by Saudi Arabia that killed more than 40 children. “But this is just a cynical move to try to head off Congress. It won’t work.”

What’s next: Expect Democrats in Congress to push for the elimination of other aspects of US support for the Saudi-led coalition, including US weapons sales and intelligence support for airstrikes against the Iran-backed Houthis. “This is long overdue, but if refueling is a bad idea, then why still sell the Saudis the bombs and help them pick targets?” Sen. Chris Murphy, D-Conn., a leading congressional critic of US involvement in Yemen, tweeted Friday. “Time to get ALL THE WAY OUT of this moral and strategic catastrophe.”

Know more: Read Jack Detsch’s latest on the internal debate inside the Donald Trump administration on whether labeling the Houthi rebels as terrorists would help or hinder stalled peace negotiations.