Intel: How Saudi support for Yemen extremists could dry up US arms sales 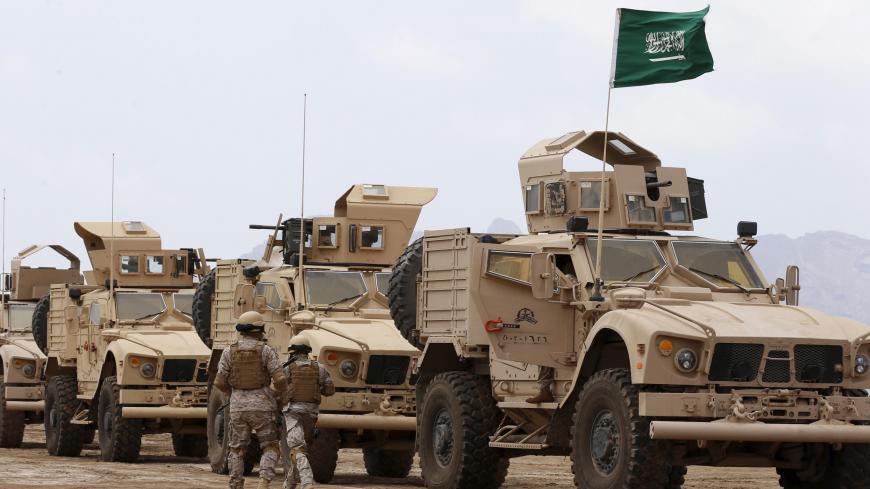 CNN released a bombshell report Monday evening accusing Saudi Arabia and the United Arab Emirates of funneling American-made weapons to Al-Qaeda and other militant groups in Yemen, which would violate US arms sales agreements.

Why it matters: The Pentagon confirmed to CNN that it has launched an investigation into the Saudi-led coalition’s arms transfers in Yemen, which could expose sensitive US technology to Iran-backed Houthi rebels and other hostile groups.

"We have not gotten authoritative certification of how those weapons are being used,” US Central Command Chief Joseph Votel told the Senate Armed Services Committee at a hearing on global threats today. “We have not authorized Saudi Arabia or the Emirates to transfer any of this equipment to other parties on the ground in Yemen.”

But Votel also said he was “concerned” that the US arms sales process was too lengthy and not responsive to the needs of American allies. He hands over command to Marine Gen. Kenneth McKenzie in March.

Reaction from Capitol Hill: “This investigation needs to be a wake-up call,” Sen. Chris Murphy, D-Conn., said in a press release today. “Congress should immediately pass our bipartisan War Powers Resolution to get us out of the war in Yemen that has gone horribly wrong, and we must stop selling weapons to help Saudi Arabia and the UAE continue to perpetuate this disastrous war.”

Upcoming oversight: While the investigation will take some time, lawmakers from both parties who are frustrated with the high rate of civilian casualties in Yemen and the lack of progress into the probe of journalist Jamal Khashoggi’s murder are ready to take action. Just a few examples:

• Just ahead of Votel’s hearing, Sen. Elizabeth Warren, D-Mass., a potential 2020 Democratic presidential contender, made public a letter calling on Central Command to reveal more information about coalition airstrikes conducted with US munitions or US aerial refueling, as well as reported US training for Yemen operations following a Jan. 16 Yahoo News report. The US military cut off refueling support last year.

• Democrats in both chambers have reintroduced legislation to revoke President Donald Trump’s war powers, including his ability to provide US intelligence support to the Saudi-led coalition in Yemen.

• Top Senate Foreign Relations Committee Democrat Bob Menendez of New Jersey is expected to soon reintroduce his bipartisan bill to suspend the sale of many US weapons to Saudi Arabia, including ammunition, guided missiles and aircraft. Menendez held up the sale of precision-guided munitions to Saudi Arabia and the United Arab Emirates during the last Congress.

What’s next: The Trump administration must certify that the Saudi-led coalition is mitigating civilian casualties in Yemen as a condition for US support by mid-month. President Trump may hear first-hand from US allies when he hosts the counter-Islamic State summit in Washington on Wednesday.

Know more: Former Defense Secretary Jim Mattis put direct pressure on the Saudi-led coalition to cut down on collateral damage in the Yemen conflict, but his successor, Pat Shanahan, may be less engaged on the issue. Read Pentagon correspondent Jack Detsch’s latest on how personnel changes at the Defense Department are impacting US policy on Yemen.