Egypt, which has one of the most alarming levels of pollution in the Middle East, needs to preserve its green spaces, but government bodies shirk responsibility. 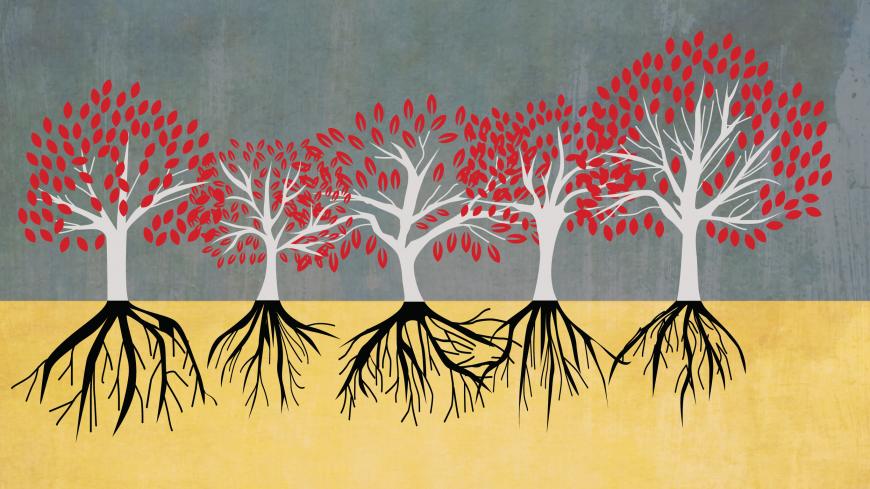 CAIRO — The cutting down of trees throughout Egypt to make way for new urban projects has angered the public and led members of parliament to call for new measures to protect Egypt’s trees.

Parliament member Anisa Hassouna called on the government Oct. 17, particularly the Ministry of Environment, to prevent what she called the massacre of trees on Egypt’s streets. “It seems that the government doesn’t like fresh air,” she was quoted by the local media as saying.

Her statement came after massive tree cuts across several cities, such as on Ahmed Fakhri Street in Nasr City, on 17th Street in the Mokattam district in southeastern Cairo, in Ismailia and various streets in New Heliopolis. Most of the removals happened in September and October so builders could construct new residential areas, enlarge roads or build bridges.

Aware of the public anger, Hassouna called for a meeting of the parliament’s local development committee to pressure the Local Development Ministry to order an inventory of the trees within each district and urge the government to find ways to build more residences without cutting down trees.

Hassouna told Al-Monitor that trees must be protected for environmental reasons as well as for their psychological impact on citizens. She pointed out that some of trees were historical landmarks, saying, “The Bengali fig tree on Mohammed Ali Street in Ismailia was where Charles de Gaulle [spoke] in 1941.”

She claimed that Egypt's gardens and parks are being taken for granted and neglected. “For instance, Cairo’s Maadi Garden is closed to the public for no reason. The children of Egypt have the right, like any other children in the world, to sit in public parks without paying a fee. The trees carry the memories of citizens of those neighborhoods,” Hassouna said.

Hassouna added that she will meet with Minister of Local Development Mahmud Shaarawi in the coming weeks to push for an administrative measure to force local officials to protect trees.

“We will request [district heads] to do a periodic inventory of the trees in every neighborhood to compare numbers. If there is a need to cut down a tree, another one should be planted or it should be moved and replanted elsewhere. This is important since Egypt does not receive enough precipitation and has an irrigation crisis. The green must preserved as much as possible,” she said.

Sherine Farag, a member of the parliament's environmental committee, blamed the Ministry of Environment for the destruction of trees.

She told Al-Monitor via phone that the Ministry of Local Development has already enough problems on its plate. She said that it was the Ministry of Environment’s role is to preserve those trees, as it is the body authorized by law to take judicial action in cases of violations. The ministry has the power to stop projects that threaten the environment, she said.

In light of the conflicting statements as to which party is responsible for protecting Egypt's trees, Al-Monitor contacted the former dean of the Faculty of Law at Cairo University, Mahmoud Kbeish. Kbeish pointed out that the responsibility is shared between different ministries and it was not true that the responsibility to protect trees rested on the Ministry of Environment alone.

“Per the Irrigation and Drainage Law No. 12 of 1984, which was amended in 2015, the punishment for cutting down trees without the approval of the Ministry of Water Resources, Irrigation and Agriculture includes a fine ranging between 200 and 2,000 Egyptian pounds [$11-$110]. The ministry may in this case plant and care for trees at the expense of the parties violating their obligations,” Kbeish said.

The head of the Egyptian Tree Lovers Association, Asmaa El Halougi, told Al-Monitor, “The world is witnessing a violent climate change due to global warming and it is important to maintain trees.”

She explained, “In any project that is being carried out to expand streets or build bridges or other projects, reforestation experts are not consulted. Drilling is done around the trees without any protection, causing their death after a while.”

Halougi added that contractors employed by the government for huge national projects possess the necessary equipment and means to transport trees and have them planted elsewhere, but this is not happening.

She said that in one of the projects in Ismailia, nine trees out of 340 were supposed to be removed. “The contractor wanted to cut down all trees. Had it not been for the association that called on the governor to stop it, … This is one example in many other projects, in which contractors seek to make profits by selling trees to coal mines and other timber businesses,” she said.

“President Abdel Fattah al-Sisi said he wants to improve the quality of life, which is good thinking. But ministries and other bodies are responsible for improving quality of life, starting with preserving the trees,” she added.

Halougi also pointed out the association is working with the National Organization for Urban Harmony, a governmental body that has revived heritage gardens such as Azbakeya Park, Orman Park and Cairo's zoo. They have also worked on revamping Al-Azhar Park.

"We must know the value of what we have so that we do not lose it. It is inconceivable for the state to build the Qanater prison in El Qanater El Khayreya, a location that is fit for an international park. Environmental awareness campaigns and eco-friendly projects are also a must,” she said.