What is behind Tunisia's rising illiteracy?

Tunisians' first reaction to rising levels of illiteracy is to blame it on the economy, but experts say the mindset toward education has changed for the worse since the days of independence. 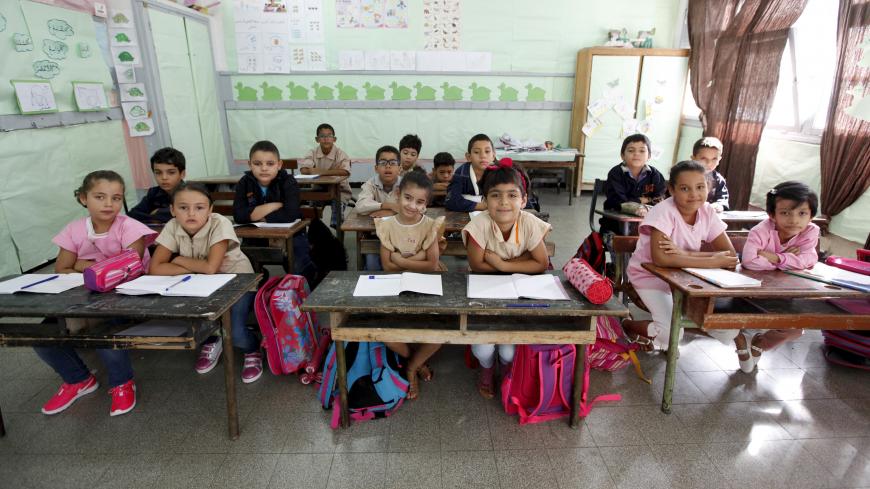 Tunisia traditionally prides itself on its education system, but the country had a brutal reality check in September, when a key government official announced that its illiteracy levels had risen for the first time since independence in 1956. Tunisia is now working with the United Nations’ cultural and educational arm, UNESCO, to improve adult literacy levels and reach school dropouts. Experts believe there is a growing need for national campaigns to make education valuable again in the eyes of the people.

Tunisian Minister of Social Affairs Mohammad al-Traboulsi announced during a press conference Sept. 12 that illiteracy in Tunisia had risen from 18.2% in 2017 to 19.1% in 2018. These figures shocked Tunisians, who often pride themselves as the most educated and cultivated society in the Arab region.

Traboulsi outlined the vulnerable groups and geographic areas prone to higher rates of illiteracy. He said illiteracy was steadily rising among rural women, 41% of whom are illiterate, according to 2018 figures. Illiteracy rates are higher in the northwest and central west of Tunisia, at more than 30%. In the agricultural sector, 53% of workers are illiterate, while 22.4% of workers in the service sector are illiterate. Those who drop out of formal education numbered 120,000, 20% of whom are at risk of regressing to illiteracy, according to the information given by Traboulsi.

“The government failed in fighting illiteracy among the elderly,” Tunisian historian Adel al-Luteifi told Radio Monte Carlo Sept. 15. Luteifi said the decline of literacy could be due to lack of funds amid the economic crisis or because of the 2011 political chaos. “Early dropout from schools — caused by the increasing cost of education — is among the key reasons behind the rise in illiteracy,” he said, adding that families allow their children to drop out of school because they can no longer afford to keep them there.

Others believe there is more to the rising levels of illiteracy than shaky finances. “The increase in the number of school dropouts is not simply due to economic conditions, but the change in the social values,” Tarek Belhadj Mohamed, a researcher at the International Center for the Formation of Teachers and Pedagogical Innovation, affiliated with the Ministry of Education, told Al-Monitor. The youths, as well as some of their parents, "no longer think that education is the tool for social mobility and a secure future. Youth role models have also changed — they are no longer workers, teachers or doctors. They have been replaced by people who make quick money or are social media icons.”

Amine al-Abdali, a member of the Tunisian General Labor Union who teaches at the Claude Bernard primary school in Tunis, told Al-Monitor, “The rise in the illiteracy level depends on many different factors. In the rural parts of the northwest and central west regions, the families lack the adequate financial means to send their children to school. Sometimes, there are no nearby schools or they prefer to put their children to work early in life, rather than educate them.”

Tunisian journalist Mohamed Bettaib said the rise in illiteracy is due to post-2011 social and economic developments following the ouster of Zine El Abidine Ben Ali. Bettaib explained that the country reached its peak in educational reforms some 50 years ago. “After independence, former Tunisian President Habib Bourguiba tried to build a modern state that would be centralized and would control the revolution, power and society at once,” he said. “In order to achieve that, he made radical reforms to encourage education, in order to transform a conservative, mainly agricultural society. The new state administrative institutions also needed educated employees. Bourguiba allocated a huge budget for education.”

He added, however, that during Ben Ali’s regime in the 1990s and 2000s, the esteem for the educated classes had declined, as many people with diplomas were unemployed. “Currently, the economic crisis in the country has led people to look for quick money, even if it is through smuggling. Education is no longer a priority,” he said.

Belhadj Mohamed told Al-Monitor that the Ministry of Education was working with UNESCO to devise a national strategy to eradicate illiteracy and to educate adults. “We will also launch other programs targeting school dropouts," he said. "All this will have a huge impact on curbing illiteracy in the near future.”

According to the Global Education Monitoring Report issued by the UNESCO in 2016, Tunisia spends 6% of its gross domestic product — or 17% of its general budget — on education annually. The same report says Tunisia succeeded in 2012 in achieving gender parity in primary education.