Footage of another man leaving the Saudi Consulate in the missing journalist's clothes and of officials burning documents leave no doubt that his murder was pre-planned, if clumsily executed. 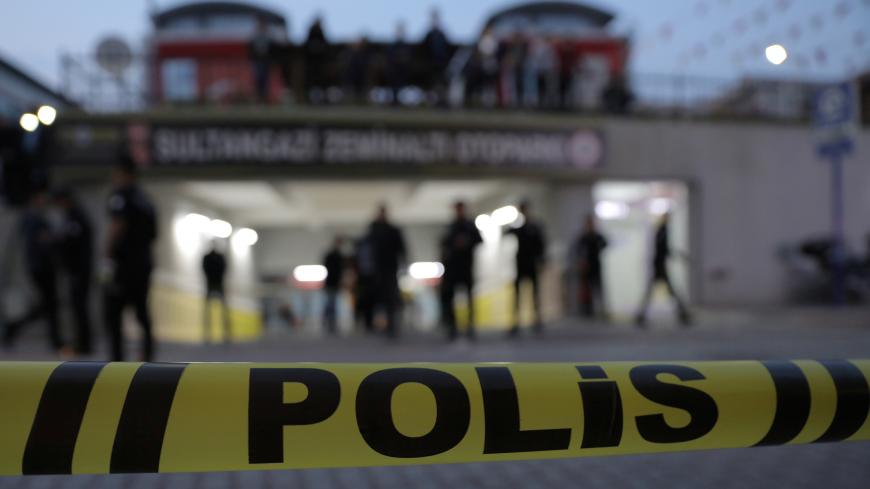 Turkey is cranking up pressure on Saudi Arabia over the murder of dissident Saudi journalist Jamal Khashoggi, leaking a fresh batch of incriminating information that clearly indicates that it was premeditated. It comes a day before Turkey’s President Recep Tayyip Erdogan is due to reveal what happened “in all its nakedness,” as he put it when he addresses the parliamentary group of his ruling Justice and Development Party.

It remains unclear whether Erdogan shared any of the details with US President Donald Trump in a phone call Sunday. It was the first such conversation between the pair since North Carolina pastor Andrew Brunson was freed from house arrest in the Aegean city of Izmir and allowed to fly back home on Oct. 12. The Turkish presidency said in a statement the leaders had agreed that the Khashoggi case needed to be illuminated in every way.

Today’s leaks included surveillance footage shared by Turkish officials with CNN that showed a man dressed in Khashoggi’s clothes and wearing his glasses and a fake beard leaving the consulate where Khashoggi was killed on Oct. 2 by the back door. The individual, who matched Khashoggi in height and girth, was later captured on tape milling around the Blue Mosque in the crowded touristic Sultanahmet district. Soon thereafter he appears beardless and wearing his own clothes. The man, identified as Mustafa al-Madani, was allegedly part of the 15-member hit squad implicated in Khashoggi’s death.

The footage is squarely at odds with Saudi authorities' differing versions of how Khashoggi died and leaves no doubt that his murder was pre-planned, if clumsily executed. On Friday they said it was the result of a fistfight. A Saudi official then told Reuters Khashoggi had died when one of his interrogators placed him in a chokehold as he resisted abduction.

The most recent description came from Saudi Foreign Minister Adel al-Jubeir, who claimed that the killing was “a tremendous mistake” carried out by rogue officers overstepping their authority. Crown Prince Mohammed bin Salman, who is widely thought to have instigated the botched operation, had not had prior knowledge of it, Jubeir told Fox News.

European leaders and members of the US Congress have aired skepticism and fury over the Saudis’ meandering explanations. The United Nations has called for an independent investigation to be carried out by a team of international experts.

Republican Senator Marco Rubio expressed his indignation in a tweet today: “The #KhashoggiMurder was immoral. But it was also disrespectful to Trump & those of us who have supported the strategic alliance with the Saudi's [sic]. Not only did they kill this man, they have left @potus & their congressional allies a terrible predicament and given Iran a free gift.”

Turkey appears bent on tightening the noose around the omnipotent prince, who is openly hostile to Ankara over its support for the Muslim Brotherhood and Qatar. It is doing so through a steady flow of incriminating information relayed to the international and domestic media by unnamed Turkish officials. Western governments have so far not offered a counter narrative, creating the impression that Turkey’s story is true and leaving the press dependent on whatever tidbits are on offer from Turkish officialdom on any given day.

The Turkish media is near wholly controlled by Erdogan’s cronies, and with what’s left of Turkey’s political opposition in disarray, few if any are challenging the grisly accounts. Turkish officials claim to have recorded much of it on an 11-minute audio tape, which in turn suggests they were spying on the Saudi Consulate.

Hilal Kaplan, a columnist for pro-government Sabah, suggested that the future Saudi king's fate hinges on this tape. "How President Erdogan decides to approach this matter is of a magnitude that will influence both near and long-term developments in the region," she wrote.

Meanwhile, Turkish crime scene investigators arrived at an underground car park in Istanbul’s Sultangazi district northwest of Levent, where the Saudi Consulate is located and close to the edge of forested land where Khashoggi’s remains may have been dumped. A Mercedes sedan with diplomatic license plates that was parked outside the Saudi consulate the day Khashoggi entered the building was found in the garage. Khashoggi's remains have yet to be found.

Critically, neither Erdogan nor members of his government have publicly or privately named the prince in their statements about Khashoggi. This omission is likely because Turkey wants the Saudis themselves to give him the shove. This in turn can only happen if Trump concludes that MBS, as he is known, is beyond salvage, so Turkish thinking goes. Erdogan’s speech in the parliament tomorrow should shed some light on whether Washington and Ankara are on the same page. If so, by allegedly ordering Khashoggi’s killing, MBS may have inadvertently triggered his own political demise.