Saudi Arabia's projection that Russian oil production will dwindle significantly triggered a backlash in Moscow, which says it has options up its sleeve that will prove Riyadh wrong. 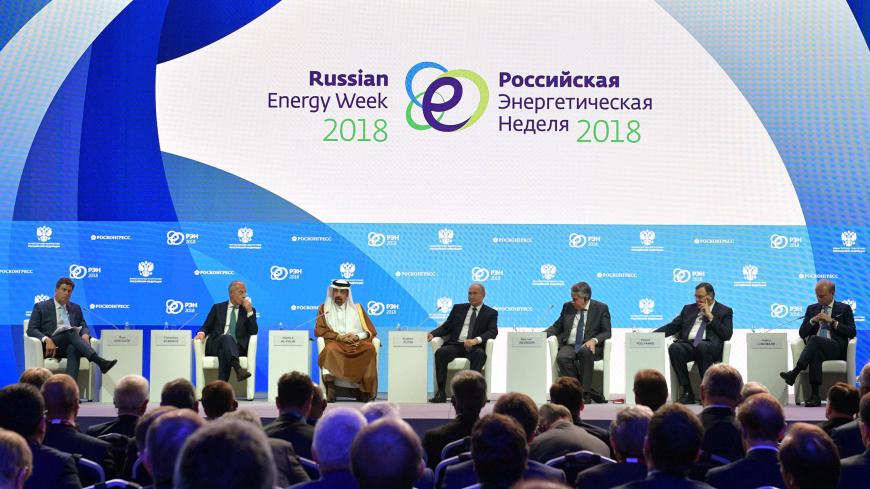 Saudi Crown Prince Mohammed bin Salman stated in a recent interview with Bloomberg that within the next 19 years, Russia’s role in the oil market might substantially decrease. He even suggested Moscow might stop exporting oil. At the same time, Prince Mohammed praised his own kingdom's supply of hydrocarbon resources, which he said will keep Saudi Arabia a top market player for decades to come.

Unsurprisingly, Prince Mohammed's Oct. 5 interview caused a negative reaction in Russia. Russian officials, supported by a large number of experts, criticized the Saudi prince for what they said is an excessively gloomy prediction. They agree there are some problems in the country’s oil sector, but say they're manageable. On Oct. 9, Russian Minister of Energy Alexander Novak declared, "Russia is a leader of the global oil industry and, from the long-term perspective, it will retain this status. Our strategy is to keep oil production at the current level" and perhaps even increase it slightly.

As is often the case, there is some truth in both sides' arguments. Yet, for now, the Saudi prince's predictions are much closer to reality than the Russian energy minister's. To begin with, just last month, Russian authorities recognized that, in the long run, they might encounter a severe drop in the level of domestic oil production. Novak said that in 2021, Moscow will be able to produce 570 million tons of oil per year, as opposed to the current 553 million tons per year. Nevertheless, after 2021 the volume of oil extraction will fall gradually, with the risk of sinking to 310 million tons per year by 2035. In other words, initially Novak was even more pessimistic about the prospects of the Russian oil industry than the Saudi prince, who told Bloomberg that Russia could "disappear" as an oil exporter in 19 years. Novak initially gave Russia only 16 years. A leading Russian market analyst, Mikhail Krutikhin, is even more pessimistic, predicting that the drop in oil production may start in 2020.

There are at least several reasons for these negative expectations.

Second, the current system of oil taxation in Russia discourages active oil exploration, technological research and development of new oil fields in areas with difficult extraction conditions — although developing these fields could be one of the main options to sustain the current level of output. Enhanced oil recovery measures demand a more favorable tax structure.

Third, sanctions imposed on Russia by the United States limit the access of Russian oil companies to the equipment and money necessary to develop new oilfields and use enhanced recovery measures.

Currently, the Russian government is working on measures it hopes will help avoid this negative scenario, but their potential for success is questionable. Whatever steps the Kremlin suggests will require technologies previously imported from the West and, more importantly, money. For now, the Russian oil sector is doing fine, more or less. Since 2016, Russia has managed to ensure the stable growth of investments in exploration and upstream development: The ruble's depreciation and rising oil prices have increased the volume of local currency available to Russian oil producers so they can invest in developing new and old oil fields and conduct exploration. Yet the growth of these investments will soon slow.

This year, investments are expected to stay at the same level: $20 billion to $26 billion. However, to sustain the current level of oil output, the volume of investments will have to grow on an annual basis — according to some estimates, by 4-5%. In 2035, to keep up with the 2018 level of output, Russian businesses and foreign investors might have to double the amount they currently invest in oil industry development.

Given the sanctions, Moscow will have to rely more on its own capacities than on foreign investments. And that’s where problems start. On one hand, economic problems, sanctions pressure and a budget deficit seriously limit the Russian government's ability to provide additional financial benefits and tax exemptions to the national oil business. Moreover, current tax reform is expected to increase the tax burden on oil producers. As a result, the Kremlin has limited maneuvering space.

On the other hand, the main Russian players such as Gazprom and Rosneft already have huge external debts of billions of dollars. Re-crediting and borrowing from foreign banks have become more complicated for Russian oil producers: Foreign sanctions have either limited their access to external funds or raised the cost of credit. In addition, leading ratings agencies have lowered Russian oil producers' credit ratings. The Russian banking sector is also not an option, as about a quarter of Russian banks are labeled ineffective. Those that remain prefer not to provide credit to the large businesses.

The main question is, what implications will these factors have for Russian-Saudi cooperation? Russia’s leading market analysts, who spoke with Al-Monitor not for attribution, argued that the vision of Russia as a declining oil power will prevent the Saudis from seeing Moscow as a strategic partner. Instead, any interaction with Russia will be limited by tactical and case-by-case cooperation. These conclusions, so far, seem premature, though they aren't baseless.

The Saudis are also aware that the negative outcomes they predict for the Russian industry could be avoided to an extent. It's not the first time Russian oil producers have encountered serious challenges. Both foreign and domestic analysts have predicted the drastic fall of oil output in Russia several times since 1991, yet their forecasts have never come true. Instead, history shows that when necessary, Moscow can be quite inventive in handling difficulties. Consequently, at least for now, the Saudi leadership will not make any quick and blunt decisions, preferring instead to see whether future Russian efforts to avoid the fall of oil production are going to be successful.

Moreover, cooperation — even with a "declining" Russia — can bring some benefits. Earlier this month, Saudi Minister of Energy Khalid al-Falih visited Moscow to participate in Energy Week, a global forum held Oct. 3-6. During this stay, his statements were quite friendly and his vision of the oil market largely corresponded with Russia's. The Saudi energy minister emphasized that Saudi Arabia is determined to develop cooperation with Russia in oil, gas, petrochemistry and renewable energy. The moment of truth will probably come at the end of the year, when the two countries are expected to finalize a list of joint investment projects in the oil and gas sector. The substance of this list will clearly demonstrate whether Riyadh sees cooperation with Russia as something serious, or just a formality to please a country whose help is temporarily needed to influence the oil market's situation.