Manial Palace, built by Prince Tewfik on an island in the Nile, houses an eclectic collection of furniture and other decorative arts. 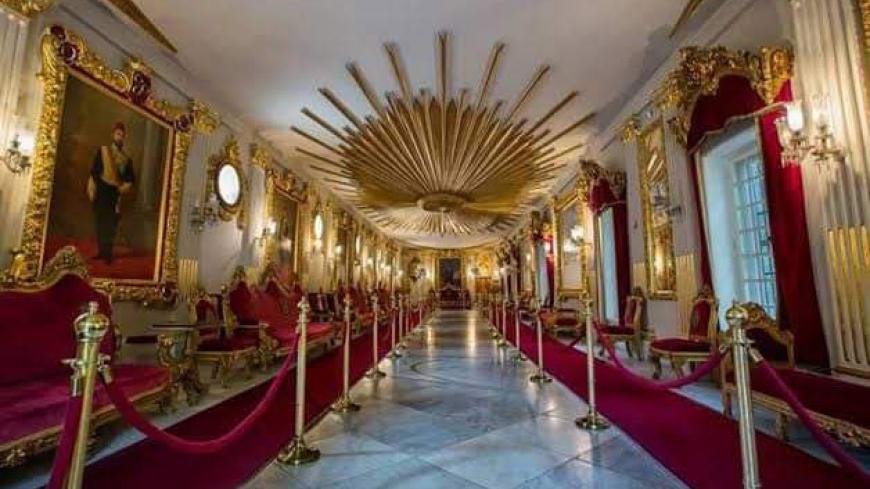 Cairo's luxurious Manial Palace, on Roda, an island in the Nile, represents the desire of a 19th-century prince to combine the best examples of Islamic architecture with European art nouveau. Prince Mohammed Ali Tewfik, called Prince Tewfik, the uncle and regent of King Farouk, set out to create an eclectic palace embracing such different styles as Mamluk and Ottoman.

The walls and archways of Manial Palace were inspired by Persian, Syrian, Moroccan, Andalusian motifs and European rococo. The prince, an avid traveler and collector, adorned the rooms with furniture and objets d’art that included carpets from all over the Middle East, tiles from Kutahya, in western Turkey, and swords from Jerusalem. The construction of the main building and a “garden of a thousand delights” lasted 30 years, from 1899 to 1929.

With the 1952 revolution, Prince Tewfik, like many other members of the royal family, had to abandon his beloved home and spend the rest of his life in exile. He died in Lausanne, Switzerland, three years later.

The Manial Palace, along with the prince's various collections, was handed over to the state. Some of the palace furnishings and decorations were transferred to other museums, but most objects remained in storage, along with PrinceTewfik's personal collection, until the Friends of the Manial Palace Museum (FMPM), a non-governmental organization founded in 2005 and headed by Prince Abbas Hilmi, grand nephew of PrinceTewfik, decided to ensure that the public have access to the entire collection.

“The Manial Palace is not an ordinary museum,” Prince Abbas Hilmi told Al-Monitor. “It has a unique collection … that includes ancient carpets, medieval manuscripts, textiles as well as weapons, such as swords.”

Beginning Nov. 1, the association will host “Reviving Heritage through Music,” a nine-day international classical music festival bringing together Egyptian and European musicians. Funded by the European Union, the proceeds raised from the event will go toward renovating the 15-room palace.

“[The funds will be used] to buy lighting systems and other items that will enable a better display of the collection,” Abbas Hilmi said.

The Manial Palace opened to the public on March 1, 2015, after a decade of renovations. The restoration project involved work on the palace’s main building, gardens, Moroccan-style mosque and clock tower. It has been the site of various concerts and cultural events, mainly focusing on cultural heritage and national identity.

From Oct. 28 to Nov. 27, the Manial Palace will host “Nothing Vanishes, Everything Transforms,” a pop-up exhibition of works by a number of contemporary artists. Curated by the Art D’Egypte, the exhibition aims at delving deep into Egypt’s artistic heritage.

The upcoming music festival, Abbas Hilmi said, coincides with two occasions important to his family's reign and the dynasty itself. The first is the 149th anniversary of the Khedivial Opera House, inaugurated by Tewfik’s father on Nov. 1, 1869. The second is the 143rd anniversary of Tewfik's birthday on Nov. 9, which falls on the festival’s closing ceremony.