How Egypt is trying to stop looting at ancient mosques

Islamic archaeological monuments are constantly subjected to looting, and the Ministry of State for Antiquities has responded by ordering the contents of an ancient mosque be transferred to the ministry’s warehouses. 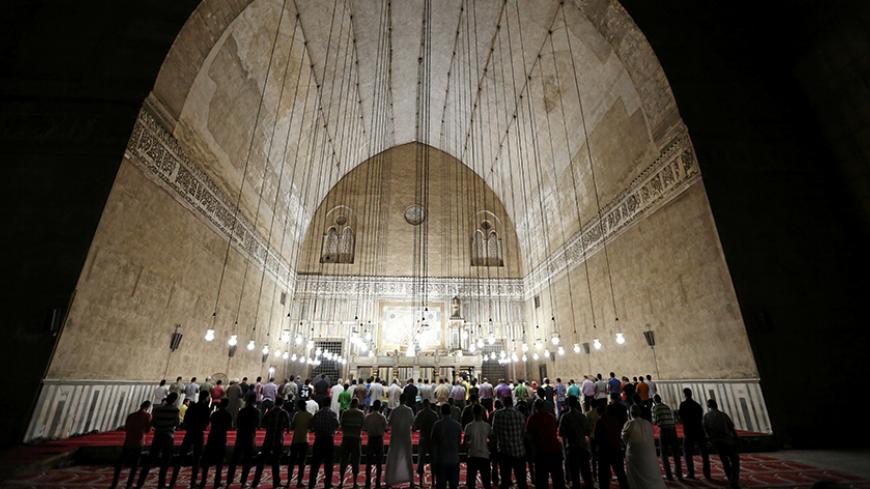 CAIRO — In a bid to preserve old mosques and protect them from being looted, the Standing Committee of Islamic and Coptic Monuments, affiliated with the Egyptian Ministry of State for Antiquities, decided Jan. 4 to move old mosque artifacts to the ministry's warehouses. Smaller items, such as niches, carpets and chairs, are taking priority as they are easier to steal.

The decision comes after six niches were stolen recently from Al-Rifai Mosque in Cairo's Citadel Square. On Jan. 1, the Ministry of Antiquities announced the disappearance of six out of 15 niches from the burial chamber of King Fuad I and Princess Ferial, the descendants of the Muhammad Ali dynasty. The niches, which date back to 1911, are made of sanded glass emblazoned with the seal of Khedive Abbas Hilmi II. They also bear a Quranic verse in Mamluk characters.

On Jan. 2, Minister of Antiquities Khaled al-Anani decided to form a commission to inventory the content of Al-Rifai Mosque and compare the findings with the ministry's records to check whether any original artifacts have been replaced by fake pieces.

In parallel with the inventory decision, Mostafa Amin, the secretary-general of the Supreme Council of Antiquities affiliated with the Ministry of Antiquities, said Jan. 2 that legal procedures had been opened to investigate the incident and refer the matter to the Ministry of Interior and the general prosecutor's office to take over the investigation.

There have been several thefts at Al-Rifai Mosque. For instance, on July 24, 2012, thieves robbed the tomb of King Farouk after drugging the guards.

Al-Rifai Mosque is one of the oldest mosques in Egypt with great archaeological importance, and it is a main tourist destination for visitors from around the world. The mosque has eight rooms that house 17 tombs, more than any other in Egypt, and the remains of several members of the royal family are buried here. The enormous mosque has decorations on the exterior walls, in addition to the giant columns at the outer gate.

On Dec. 14, 2015, then-Minister of Antiquities Mamdouh el-Damaty announced the theft of three niches from the storehouse of the National Museum of Egyptian Civilization, located in the al-Fustat area in old Cairo. The thieves managed to replace the niches in the museum with fake ones without the ministry noticing until after they were offered for sale abroad. One of the niches that belonged to Sultan Barquq was sold in an auction in London, while the two other niches that belonged to Sultan Hassan and Emir Selehdar were sold in Sharjah in the United Arab Emirates. The ministry did not officially announce the recovery of these pieces.

On March 29, 2014, thieves managed to steal the monumental doors from the wooden minaret of Taghribirdi Mosque in Cairo governorate. The mosque was built in 1440 and named after Mamluk historian and writer Amir Taghribirdi.

On Oct. 27, 2013, thieves stole brass accessories from the main door of the Mosque of Sultan al-Muayyad in Cairo governorate.

Hilmi said, “Also, having specialized companies secure this large number of monuments costs the ministry huge amounts of money at a time when tourism is stagnant and the economy is ailing.”

He added, “This does not mean that the ministry should keep mum about this, but we are trying as much as possible to preserve the monuments and heritage, and we formed a commission to make an inventory of the artifacts inside all the old mosques as a start to register them in the ministry's records so that we can more easily recover such artifacts in the event of theft. Also, Minister Anani is in the process of concluding an agreement with the Ministry of Endowments to increase the number of security personnel in the vicinity of old mosques in a bid to counter robbery attempts.”