Prime Minister Benjamin Netanyahu praised himself for security achievements, but neglected to address the worrying decline in Israeli research and higher education. 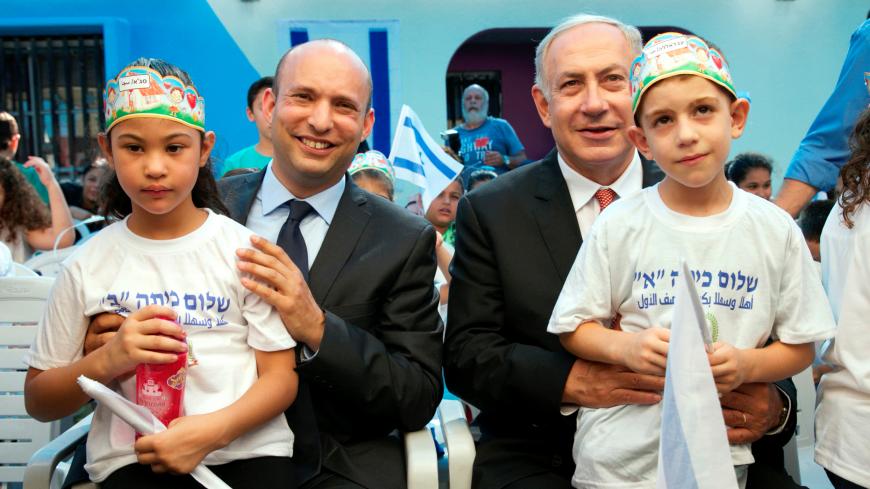 Addressing the opening of the Knesset winter session Oct. 15, Prime Minister Benjamin Netanyahu boasted of the “fantastic decade” Israel had experienced under his stewardship. He spoke of a decade of progress and economic growth, of stability and security, of building and prosperity. “Each and every developed state would have been blessed by what we have done,” he told the lawmakers. And then, of course, there was the inevitable mention of Iran — “We will keep pushing it back with all our might.”

It was perhaps no coincidence that the enviable Israeli scientific and educational achievements slipped Netanyahu’s mind on this occasion. Addressing these achievements would have forced him to compare Israel’s standing in these fields with that of its far and close-by Middle East neighbors. A few days ago, Netanyahu accused a social activist of “boring us” with her complaint about the poor quality of health services in outlying areas. Was Netanyahu perhaps concerned now that mentioning the balance of power between Israel and Iran on these critical strategic issues would bore the public?

So what does Israel have to show for this “fantastic decade”? Data from Scopus, the world's largest abstract and citation database of peer-reviewed literature, indicates that Israel lost its regional dominance to Iran in terms of scientific research output. Israel dropped from first to fourth place, below Turkey and Saudi Arabia. Iran overtook Israel to rank first in the number of biochemistry, genetics and molecular biology studies. In chemical engineering, Israel dropped from first to fifth place and in chemistry and computer science to fourth place, below Qatar and Iran. It also lost its dominance in economics and business administration. Between 1996 and 2016, Israel dropped from 18th place in the global ranking of scientific productivity to 33rd, far below Iran (16th) and Turkey (17th, up from 27th). Even Saudi Arabia moved up from 42nd to 32nd place.

Responding to the data, economics professor Manuel Trachtenberg, who chaired the planning committee of the Israel Council for Higher Education, said the quality of Israeli research is still significantly higher than that of other states in the region. However, he said that Iran, with its population of 80 million, had the potential to close the gap with Israel in research quality and not just in the number of studies. Trachtenberg, who served as a Knesset member for the opposition Zionist Camp faction, warned that Iran’s heavy investment in research, especially in physics, engineering, chemistry and aeronautics, is expected to pose a significant threat.

Additional data from the “fantastic decade” relates to the strategic balance of power in the region. According to a report by Israel’s Innovation Authority cited in the Calcalist financial daily in June 2016, Israel's high-tech industry faces a shortage of 10,000 engineers and programmers over the coming decade. “It would appear that the seven good years are over. We are approaching our glass ceiling,” the authority’s chief scientist, Avi Hasson, was quoted as saying. In January 2018, the agency reported to the government that the percentage of the population working in high-tech has been stagnant for the past decade due to the growing global competition in this field, with South Korea, Finland and Germany overtaking Israel in terms of government investment in innovation as a percentage of gross national product.

The correct way to deal with these troubling trends is, of course, to invest more in education and science. What have Israel’s governments on Netanyahu’s watch done in that regard? Here is additional boring data. A day before Netanyahu delivered his “fantastic decade” speech, the academic year was launched at Israel’s universities and colleges, and for the fifth straight year, enrollment for undergraduate studies was down. Israel is about to lose its spot among the top states of the Organization for Economic Cooperation and Development when it comes to its educated population, given that Israel is one of the few industrialized states in which the education rate of young people is lower than the education rate of the population as a whole.

Writing in Haaretz ahead of the start of the school year Sept. 1, professor Dan Ben-David of Tel Aviv University, who heads the Shoresh Institution of Socioeconomic Research, said some one-half of Israeli school children — those attending ultra-Orthodox and Arab-language schools — are getting a “Third World” education. When they grow up, he added, Israel will not be able to sustain a “first world” army, “an essential condition for the state’s existence in the most violent region in the world”.

And what have the Netanyahu governments done to prepare a young generation of scientists and researchers who can ensure Israel’s survival in this region? In August 2016, the government revoked a law that required all Israeli elementary schools, including those in the ultra-Orthodox school system, to teach 10-11 hours a week of math, science and English.

While Iran encourages women to undertake research and scientific studies, Israeli high schools make do with offering girls lessons on women’s empowerment. High school girls in the town of Kfar Saba were barred recently from participation in a program for outstanding science students designed to “encourage the students’ natural curiosity about biology studies and to bring them closer to choosing scientific studies in the future.” The program was conducted jointly by a secular school and a religious one.

In addition to keeping girls’ “brainpower” away from science, the “fantastic decade” was also marked by a notable brain drain spurred by university research and teaching budget cuts. The Central Bureau of Statistics reported that in 2017, the gap between the number of university graduates leaving Israel and those coming back grew 38%. Some 24% of Israeli-educated math Ph.D. holders and 20% of doctoral students in computer sciences have been living abroad for three or more years. So have 17% of the doctorate holders in mechanical engineering and 16% of those with such degrees in aeronautical and space engineering, biomedical engineering and genetics.

And one more boring detail regarding the Netanyahu governments’ contribution to promoting science. Al-Monitor has learned that the government recently cut the budget of the FIRST program, which has annualy drawn for the past several years 11,000 school children aged 6 to 18 to engineering and scientific studies through robotics projects. Col. (res.) Benny Kedar, one of the program’s founders, told Al-Monitor this week that the cuts forced the cancellation of parts of the program. “The program has a more significant contribution to increasing the number of engineering students than does the activity of the Council for Higher Education and of Education Minister Naftali Bennett, who heads it,” Kedar said. In order to preserve the scope of the program, the government must restore the 2 million shekel ($547,500) funding cut.

As a reminder, this is less than 10% of the budget approved by the government Oct. 14 for the construction of housing units for 31 Jewish settler families in the occupied West Bank Palestinian town of Hebron ($6 million). Nothing says more about the government’s priorities over the past “fantastic decade.” That is the boring truth behind Netanyahu’s fire and brimstone speeches and fabulous PowerPoint presentations about the “Iranian threat.”