Why Israel’s democracy is weakening

Israel gets to keep its rating in democracy indices only because countries like the United States, Hungary and Turkey are losing index points. 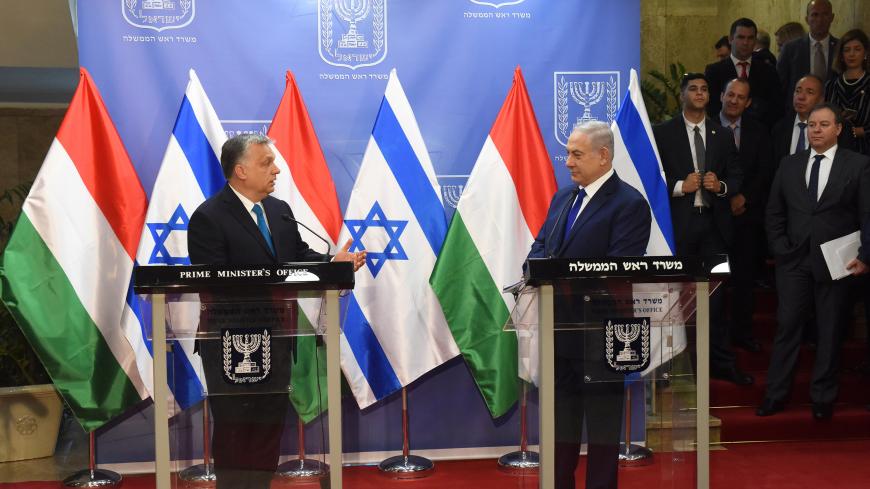 The two main indices of democracy worldwide are those of The Economist and of Freedom House. The Israeli right claims that the country’s ranking in these indices has been stable for many years now. In reality, both indices place Israel in the third rank of democracies, i.e., democratic states overall, but in which democracy is flawed. Ostensibly, there is no shame in this ranking, which has recently come to include US President Donald Trump’s America.

On Oct. 3, right-wing affiliated Yisrael HaYom newspaper published a report that Israel’s democratic ranking has stabilized further and even improved. As a result, it seems that claims among the left that the most basic characteristics of democracy have deteriorated under the current right-wing government have no leg to stand on.

However, the big difference in the perspective of Israel’s right-wing government and that of the country’s liberals is that the former takes pride in our relative status, whereas the latter focuses on our absolute standing. The former sees Israeli democracy as stable, while the latter believes that this stability is only relative and that in the absolute, it is being gnawed away. The liberals explain that the only reason we succeed in maintaining our relative position in the rankings is that other countries have also deteriorated over the last few years — among them Turkey, Hungary, Poland and the United States — while semi-democratic states have shifted to the status of authoritarian regimes. This makes it possible for us to avoid dropping through the ranks of relative democracy.

In hindsight, Francis Fukuyama was mistaken in his 1989 claim that we were witnessing “the end of history.” In many ways, the 1990s became little more than a fleeting dream. The end of the Cold War, the establishment of democratic regimes beyond the Iron Curtain, the resolution of conflicts in various places around the world — from South Africa to Northern Ireland — the Oslo Accord between Israel and the Palestinians and the peace agreement between Israel and Jordan, all of that was little more than a brief historical interlude. More and more countries came to prefer “strong men” as leaders over governments rooted in the rights of the individual and collectives that make up society, in compromise, understanding and in heeding the will of the public, and of course, in regular regime change. Similarly, undemocratic regimes such as in Russia and China, which originally showed signs of liberalization and openness, began moving backward. Meanwhile, it seemed as if the public had made peace with this trend and even seemed to prefer it. People came to believe that this was the best way to ensure law, order and national pride, even if it came at the expense of freedom of expression, freedom of association and freedom of movement.

There are several permanent components of the Israeli regime, which prevent it from climbing to the highest rankings of the various democratic indices. Two of these have been present since the state was founded. The first is the set of laws surrounding marriage and personal relationships, which are dominated by religious law (or in other words, there is no separation of Church and State). The second is the fact that even though the 1947 United Nations’ partition plan obligated Israel (the state to be) to approve a constitution — and Israel itself committed to do so in its Declaration of Independence — a written constitution has never been legislated. Instead, it has been replaced by a handful of Basic Laws, some of which have no place in a real constitution. Furthermore, it is hard to imagine the kind of political constellation, which would make it possible for the Knesset to approve any constitution whatsoever.

This absence of a constitution underlies many of the fiercest debates currently raging in Israeli society. Even now, there is a heated debate over whether the Supreme Court has the authority to overturn Basic Laws, or whether these laws have the status of a constitution, to which amendments and changes would tend to require widespread national consensus, expressed as an overwhelming majority in the Knesset or a vote by referendum.

A third component has been with us since 1967, and results from Israel’s occupation of Palestinian territories during the Six-Day War. The very fact that millions of Palestinians live under Israel’s direct or indirect rule and that their civil rights are in no way similar to those of Israeli citizens places a heavy burden on Israel’s self-image as a beacon of democracy in an undemocratic region. The situation has only degenerated over time, even if comparisons to apartheid in South Africa are lacking in accuracy.

Israeli democracy has made significant progress since the founding of the state. No one questions that. It was ahead of many other countries in eliminating the death penalty, or that the Supreme Court has ensured that human rights are etched deeply into many different aspects of life. All of this has ensured that Israel is one of the best places in the world from many different perspectives. Freedom of expression has been expanded, and government control over the economy and the media has been reduced. Anyone comparing Israel today to Israel of the 1950s can, of course, point to many dramatic changes. On the other hand, anyone who remembers the world of the 1950s, with Sen. Joseph McCarthy in the United States and Joseph Stalin in Russia, will conclude that back then, Israel really was “a light unto the nations.”

What has happened here over the last few years, and particularly since the formation of the current government in 2015, is an intense effort to limit freedoms, to demand loyalty as a precondition for basic rights and to enforce recognition of Israel’s rule over the occupied territories — for example, by withdrawing subsidies from cultural institutions that refuse to operate in the settlements. There has been legislation to ban schools from teaching the Nakba, i.e., the Palestinian catastrophe, which led to the displacement of hundreds of thousands of people from their homes during the 1948 War of Independence, but also to limit the right of Palestinians to appear before the Supreme Court, to impose Knesset legislation on the occupied territories and to ease the transfer of Palestinian West Bank lands to the settlements. It is now a well-known government policy to appoint conservative and religious judges to the courts, while recent legislation would allow Knesset members to ban their colleagues from the Knesset plenum (targeting Arab Knesset members for the most part). Then, of course, there is the Nationality Law, which is a brusque assault on the principle of civil equality in Israel (favoring Jewish citizens).

Israel has a free press and a large and vocal parliamentary opposition. The coalition itself has a few members, such as Likud’s Benny Begin and members of the Kulanu Party, who have reined in at least some of the government’s efforts to assault the basic components of democracy. Then there is the American Jewish community, which has some influence on government decisions, particularly when it comes to freedom of religion. Nevertheless, Israel’s democratic image will not be restored until the current government is replaced.

Every so often, polls show that Israel’s center-left parties have a reasonable chance of winning a majority of seats in the next election. What they must do now is prepare a list of laws, which the next coalition will overturn, and insist that support for this list is a vital precondition for joining the next government. If that fails to happen, there is no reason for them to return to power.