The recent string of strikes in Iran appeared geared to extract more concessions ahead of budget negotiations. 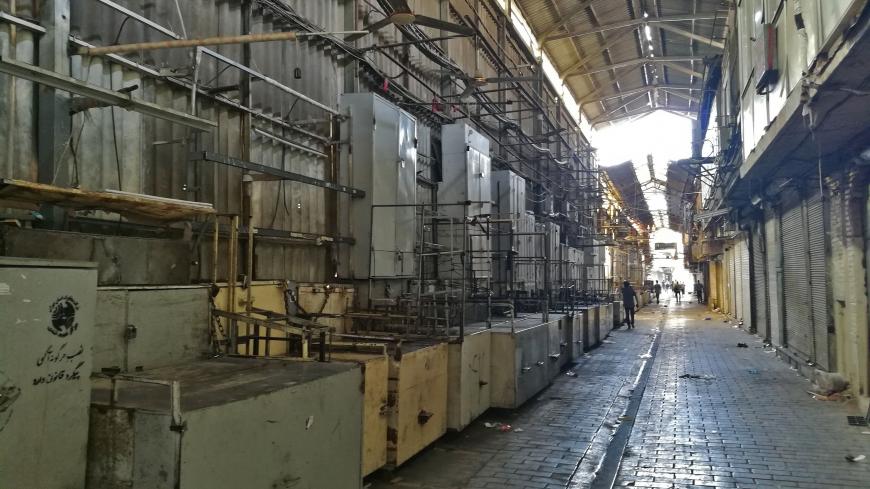 Only one month into the new school year, teachers in Iran have once again staged mass collective action. Rallies were held on two days, beginning on Oct. 5 — designated as World Teachers’ Day by UNESCO — when teachers demonstrated in front of the local offices of the Education Ministry across the country. Their demands include higher pay, improved pensions and health insurance, and more government support for the private sector.

Less than two weeks later, on Oct. 14, local and national teachers’ unions, under the umbrella organization called the Coordinating Council of Teachers Syndicates, decided to up the pressure. Widely shared on social media, this time teachers went to school but refrained from teaching, holding sit-ins and explaining their plight to children instead. Although it is hard to gauge total participation in the strike, many schools appeared to have been affected.

This is not the first time teachers in Iran have gone on strike. Since 2015, teachers’ unions have organized multiple rounds of demonstrations and rallies, sometimes involving absence from classes.

Beyond teachers, Iran has seen a sharp increase in the number of public rallies, strikes and demonstrations over the past three years. Unrest peaked this past December and January, when dozens of towns and cities were afflicted by several days of rioting and popular protests. However, the vast majority of protests have been staged in response to an array of specific economic and occupational demands. Inherently, such protests have remained largely fragmented, localized and uncoordinated.

The Donald Trump administration has legitimized the re-imposition of US sanctions in Iran by arguing that growing social unrest is a prelude to significant political reform. Beyond the valid point that foreign intervention in internal affairs can have dangerous and unwanted effects, there is a risk of overstating the political potential of these protests.

In particular, it is important to notice that teachers are part of only a small number of social groups that have managed to stage broad, nationwide collective action. Moreover, these large-scale protests are part of a new bargaining strategy with the government over the distribution of state resources, rather than explicit movements for political reform.

Mohammad Reza Niknejad, one of the elected representatives of the Teachers’ Guild Association of Iran, the country’s largest teachers’ union, told Al-Monitor that the teachers’ protest should be seen in light of the upcoming budget negotiations. “Because the government prepares and reviews the annual budget in winter, which parliament should then approve, the lobbying activities of teachers usually reaches a peak. These lobbying activities include all forms of civil pressure, including protests, striking, petitioning and formal negotiations,” Niknejad said.

But what determines whether a certain social group or occupation is capable of nationwide collective action? Unionization appears to be a particularly important factor. Teachers, who benefit from some of the oldest, most devoted and best organized unions, were the first to stage nationwide protests under the Hassan Rouhani administration, starting in early 2015. Other occupations with a degree of unionization, such as nurses, students, pensioners and, most recently, truck drivers, have increasingly followed suit.

Although these unions are often weak, have few members and are far from representative, unionization sets these occupations apart from many other social groups that lack formal organization.

For instance, the most recent board elections of the Teachers’ Guild Association attracted only around 200 votes out of over 60,000 teachers employed in Tehran. Yet such extremely low membership rates have not prevented the union from organizing some of the largest national rallies witnessed in Iran, affecting dozens of cities across the country. Unsurprisingly, social media has played a key role in spreading the news about upcoming events and rallies.

Niknejad explained that unions — teachers’ unions in particular — have become increasingly unmotivated to pursue lobbying only through formal and institutionalized paths because these efforts have little effect on government policy.

He told Al-Monitor, “Only a month and a half ago, the Coordinating Council of Teachers’ Syndicates, which issued the strike call, met up with the Ministry of Education to explain its demands. Beyond this, [teachers’ unions] constantly send out statements, write letters, publish op-eds in some of the major news outlets and online. They are using all the possible ways to get their voice heard. But the problem is that there is no desire [on the part of the government] to hear this voice.”

Unions perceive public protests and demonstrations as more effective than formal petitioning and institutionalized bargaining. As Niknejad pointed out, “At least my experience over the past 10, 15 years has shown that when teachers come out in the streets, the government is tempted to listen to them more.”

Indeed, there are several reasons why unions are increasingly pursuing a bargaining strategy that plays out on the streets, and how they are able to mobilize such a broad layer of constituents beyond their own small and direct membership base.

First of all, despite being re-elected by a landslide in the 2017 presidential election, Rouhani and his administration have been eager to compromise with more conservative groups. For instance, last year, the government was criticized for increasing budget allocations for religious institutions.

More importantly, however, teachers are fighting over a shrinking fiscal pie, as the US decision to re-impose sanctions has made it difficult for the government to redistribute budgets as generously as in the past several years. Exports of crude oil have dropped sharply and many foreign companies have postponed their investment plans.

Such volatility is combined with a widespread popular perception that the government is out of touch with ordinary people. A collapse in the value of the rial and run-away inflation have both acted to inflame popular anger toward the elite. Niknejad argues that one of the reasons why the government does not pay attention to teachers is because “maybe they are unable to generate sympathy for us because their wives and children are not hungry [like ours].” In a letter to Rouhani after the recent protests, another teachers’ union wrote, “We know that oil exports and the drop in the rial has boosted government revenue. We know that the government is earning more from taxes […]. We also know that the law permits a salary raise under special circumstances.”

Finally, the Rouhani administration is more dependent than ever on retaining popular support. Similar to previous presidents of the Islamic Republic, Rouhani is in his second term with low public approval ratings. Reformists who have supported his presidency are weaker and more divided than ever. In this context, public protests are an opportunity for many unionized occupations to get their voice heard by elected officials who are unsure about their own future careers.

With budget negotiations due soon, Iran will brace itself for more mass protests. It is likely, however, that such protests will remain limited to a small number of better organized occupations desperate to secure their own interests.