Iranian guild associations are separately pursuing a multitude of labor actions, including strikes. While many have called for closer collaboration, it is unclear whether such a convergence would aid their cause. 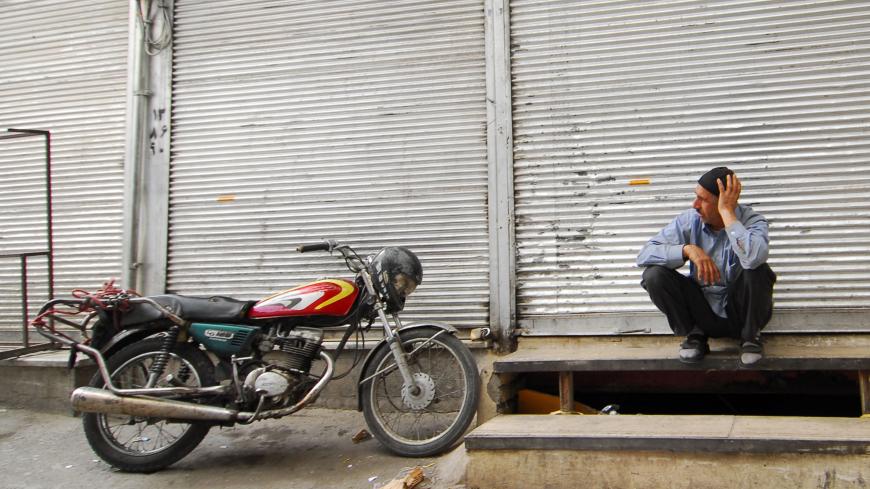 May 1 is recognized by many governments across the world — including Iran — as International Workers' Day and is celebrated in various forms.

In Iran, May 2 is Teachers' Day. Therefore, the beginning of May is of great importance for two large groups of Iranian wage earners. Following previous trends, this year witnessed demonstrations, both by teachers and by workers. However, the makeup of the participants in these demonstrations has subtly changed in recent years. A semi-governmental news agency, for example, reported that a number of retired teachers as well as teachers who work on an ad hoc basis also took part in the Workers' Day protests. Protesters held up photos of imprisoned workers as well as of imprisoned teachers. Moreover, as seen during several waves of teachers’ protests in 2018, worker and student organizations also supported the teachers' cause and demanded that authorities respond to teachers’ demands.

These are among a number of instances indicating that some of the civil and guild associations as well as individual activists in Iran — from laborers and teachers to students and journalists — have tried to forge closer contact with each other, and likely see such linkages as a better means to pursue their shared demands. An ongoing debate is how far they should go in their relationship and cooperation — particularly in the case of teachers and laborers — to achieve shared objectives. The efforts to bridge these organizations, or at least bring them closer to each other, have faced serious hindrances.

One is that although there have been very similar demands regarding independent syndicates from teachers, laborers, students and even journalists, most of their demands have different characteristics. Iranian teachers and their organizations say their economic demands such as wage increases are, beside being personal gains, genuinely necessary elements for achieving a high-quality and efficient educational system. High-quality education requires teachers to be free of economic concerns and to be equipped with the necessary and up-to-date knowledge to nurture future adult citizens. Meeting the economic and non-economic demands of teachers, therefore, is perceived as an investment in human development, and thus in the sustainable development of the country. Such is not the case for an ordinary laborer.

A second hindrance is that attempts to form a bridge between the teachers’ and the workers’ organizations have faced serious obstacles from security forces. Some security agency officials are cynical as well as sensitive about these cooperative efforts between teachers’ and laborers’ organizations. These officials are suspicious of such activities of teachers, laborers, journalists and others and as being over and above what the guilds truly need to serve their members. As a result, people who try to make links between various civil associations have been under careful and continuous surveillance, even though civil society associations have experienced a more tolerant atmosphere in recent years.

A third difficulty is that teachers are considered to be "education workers" with the right to organize labor unions under some international definitions, notably that from Education International, a subdivision of the International Labor Organization. Many Iranian left-wing analysts use the expression “educational laborer” for teachers. But many Iranian teachers do not accept this definition and adopt a critical stance toward this approach. A teacher, in their view, is not a laborer. They argue that teachers do not belong to the working class. They regard their level of income and financial situation, their level of education and professional competency as being closer closer to those of middle class than to those of laborers. Teachers also point to their preference for gradual reforms, rather than the revolutionary changes sought by one dominant school of thought of labor activists.

Finally, some teachers’ guild association activists argue that the cooperation of teachers’ and workers’ organizations might provide the pretext for security forces to confront teachers’ activism, thus limiting the opportunity for what form of activism is tolerated by the government and increasing the costs of activism for teachers. Higher costs of activism might deter teachers who might otherwise tend toward civil activism from joining teachers’ guild associations. Indeed, the deterrence that does exist has hindered the further development of these organizations and limited their influence. Undeniably, one of the most serious damages to a civil organization is the failure to grow.

In conclusion, it can be said that although closer relations between teachers’ and workers’ guild associations would benefit them both, the abovementioned arguments indicate that in the short term, it will not be productive for them to forge close ties; in the current situation, coming closer actually might place a major obstacle in their path.