Rouhani finally engages with Reformists, but some see too little, too late

While Rouhani’s long overdue meeting with Reformists is a step toward cooperation, they're right to be wary of his friendly gesture. 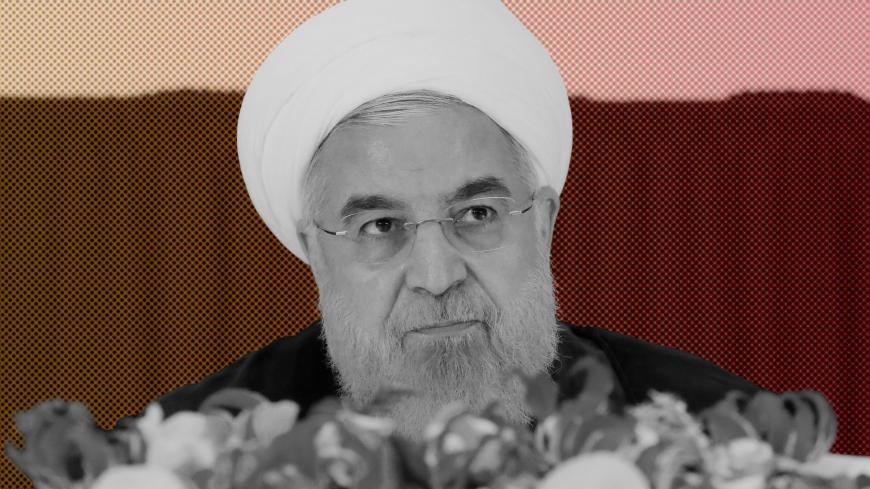 Iran's President Hassan Rouhani listens during a news conference on the sidelines of the 73rd session of the United Nations General Assembly at UN headquarters in New York, Sept. 26, 2018. - REUTERS/Brendan Mcdermid

Earlier this month, for the first time in over a year, Iranian President Hassan Rouhani met with top Reformist figures to listen to their criticism. The meeting raised hopes that the two sides can mend their increasingly strained ties.

In the 2013 presidential elections, Rouhani — who at the time was mostly unknown to the Iranian public — managed to win after gaining the support of the Reformists, including former President Mohammad Khatami. The Reformists again threw their weight behind Rouhani in 2017, thwarting the conservative push to place cleric Ebrahimi Raisi in office.

Since Rouhani's victory in 2013, the Reformists have been critical of many of his positions and appointments. During his first term, Rouhani was slammed by his supporters for not appointing senior Reformists to his cabinet, and also for failing to fulfill his electoral promises to expand social and political freedoms as well as put an end to the long house arrests of opposition leaders Mir Hossein Mousavi and Mehdi Karroubi.

The Reformists’ disagreements with Rouhani reached a new climax after his re-election last year, when the moderate president began to blatantly ignore his promises. Rouhani was accused of siding with the conservatives on a number of issues and turning a deaf ear to his Reformist backers. This gap is believed to be rooted in Rouhani's inner circle’s positions on the Reformist camp. Many Reformists have blamed the president’s apparent turn to the right on Mahmoud Vaezi, who was appointed as his chief of staff after the 2017 election. A number of Reformists have claimed that Vaezi has been acting as a firewall, preventing any engagement between the two sides.

On Oct. 3, this wall appeared to have collapsed when the president met with a number of Reformist figures, saying that he has “always considered Reformists friends” and describing them as a "partner" of his administration.

However, the Reformists — who were meeting Rouhani for the first time in over a year — used the meeting as an opportunity to speak out and express their disapproval of the president’s positions and their possible impact on the Reformists' future role in Iranian politics.

Hossein Kamali, the secretary of the Islamic Labor Party, told Rouhani, "If you continue [acting like this], all of us will be the losers of the next elections." Ali Shakouri-Rad, the secretary general of the Union of Islamic Iran People Party, told the president that the relationship between the Reformists and the government has been severed. Nonetheless, he stated, "We are still being cursed for supporting you, but we believe that we made the right [decision]."

Of note, Iran's economic issues have heightened in recent months with the US withdrawal from the nuclear deal and re-imposition of sanctions. Mindful of Rouhani's failure to realize his vows of more social and political freedoms, many of those who voted for him are directing their anger at the Reformists for having convinced them to cast their ballots for the moderate cleric. While Rouhani has lost popularity, the Reformists who backed him have been even more discredited by his administration’s poor management of the economy and failure to fulfill promises, putting the Reformist camp on a dangerous course ahead of the parliamentary polls in 2020 and presidential elections in 2021.

While the Reformists dedicated a large portion of their time with the president to air their grievances, they left the Oct. 3 summit feeling satisfied with a settlement that appeared to have been reached: The two sides reportedly decided to form a joint committee to improve their relationship and to increase coordination.

Reformist activist Azar Mansouri remarked on Oct. 9, "The mission of this group is communication and dialogue. Given that this group was put forward by the president, it will surely be effective if there is a will to do this."

Meanwhile, Abdullah Naseri, a prominent Reformist and adviser to Khatami, confirmed that a number of prominent Reformists — including Abdullah Nouri, Gholam-Hossein Karbaschi and Abdullah Ramezanzadeh — boycotted the Oct. 3 meeting to communicate their irritation with the president's approach and performance. Naseri opined on Oct. 14, "Most of the important figures did not participate in the meeting, and if even I were invited, I would definitely not have attended because I believe that Mr. Rouhani [only] holds such summits whenever [he faces difficulties]." He added, “Mr. Rouhani should have sought advice at more sensitive periods and should have acted [on the basis of advice he has gotten]. However, experience shows that he does not intend to do so, and that meeting with [Reformists] will not affect [his stances]."

While Naseri's remarks may seem overly pessimistic, he could be correct. Alireza Rahimi, a senior Reformist member of parliament, said on Oct. 17, "The [Reformist parliamentary] ‘Hope’ faction is awaiting the introduction of the president's representatives so the joint committee can be formed. We have issued this request to the office of the president … but it hasn’t responded." Naseri also stated that Rouhani had proposed the establishment of a similar joint committee a year ago, but that it never materialized.

Thus it seems Rouhani may have invited Reformists to a meeting out of concern for losing his social capital amid the problems he faces in Iran and abroad. Mohammad Javad Haghshenas, a Reformist figure and a member of the Tehran City Council, said Oct. 9, “At least since the beginning of his second term, he hasn’t paid attention [to his supporters] when arranging his cabinet."

Moreover, Hamid-Reza Jalaeipour, a prominent activist who attended the meeting, stated Oct. 4, "It was interesting that Rouhani explicitly showed interest in attracting the assistance of the parties and civil society forces. He was hopeful that his government can weather the crisis created by [US President Donald] Trump and [Israeli President Benjamin] Netanyahu with dignity with the help of the political system, civil society, political forces and the people."

In sum, with Rouhani under pressure both at home and abroad and many of his supporters losing faith in him, he stretched out a hand to the Reformists that have suffered for backing him. However, if Rouhani views the Reformists merely as a tool to resolve the issues he is facing, it is unlikely that he will pay much attention to their demands. He may believe closeness to the Reformists is detrimental to his own political future as well as a reason for the political establishment to block his government's policies.