In a move to perhaps end rumors of his reluctance to run in Iran’s upcoming presidential vote, incumbent Hassan Rouhani has set up a formal campaign headquarters. 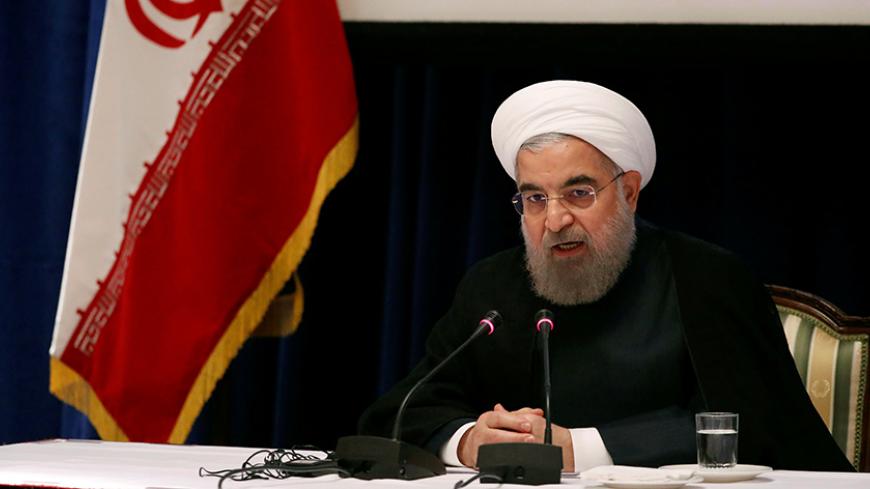 Iran’s moderate President Hassan Rouhani has conclusively put an end to talk of whether he will seek re-election. In the past months, rumors were circulating in political circles and social networks about Rouhani’s unwillingness to run in the May 19 presidential elections. This rumored unwillingness wasn’t due to his reluctance to seek a second term, but rather over rising pressure from hard-liners and related reports of his possible disqualification by the conservative-dominated Guardian Council, which is tasked with vetting candidates.

Najafi, 65, who has been appointed as the head of Rouhani’s campaign think tank, is a graduate of the Massachusetts Institute of Technology and has held important positions over the past three decades. He was a leading figure in opposition leader Mir Hossein Mousavi’s campaign for the 2009 presidential elections. Since 2012, Mousavi has been under house arrest following the unrest that emerged following the 2009 vote. Shariatmadari, who has been appointed as the head of the central headquarters of Rouhani’s campaign, is now the vice president for executive affairs and has been a member of the Strategic Council on Foreign Relations, the latter directly appointed by Supreme Leader Ayatollah Ali Khamenei.

Rouhani’s decision to announce the formation of a formal campaign headquarters is meaningful as it comes following rumors circulated by hard-liners that he will abstain from running over the chance that the Guardian Council may disqualify him. The move thus suggests that Rouhani is determined to get re-elected and that his candidacy’s approval by the Guardian Council is certain.

Meanwhile, Reformists have suggested to Rouhani that he nominate a number of members of their camp as presidential candidates in an effort to help him campaign — including during the televised presidential debates. Based on this approach, all such Reformist candidates will withdraw in the last minute in favor of Rouhani. However, this idea hasn’t been met with a positive response from the president and his advisers. Najafi recently said that he was not in agreement with this plan. On March 1, Najafi told reporters, “The candidates are only seeking to undermine the [current] government, but I believe that Mr. Rouhani is able to respond to all the criticisms all by himself. In fact, one warrior is better than 1,000 soldiers.” He continued, “I think Mr. Rouhani is also of the same opinion.”

In this vein, on March 6, Abdollah Naseri, a member of the Advisory Council of Reformists, told Entekhab news site that following talks with Rouhani, the decision about whether to nominate other Reformist figures as fellow candidates is up to Rouhani himself. Naseri added that Rouhani has made no decision about such a plan.

However, Naseri also said that he has been one of those opposed to such an idea, opining that the nomination of lesser-known figures to assist Rouhani would be beneath the president.

Separately, Mohsen Safai Farahani, a Reformist figure, notably told Khabar Online on March 6 that the presence of Reformist candidates other than Rouhani would be useful as the camp can then be assured of having a candidate in the race, in the case of Rouhani’s disqualification by the Guardian Council.