Four of Iran's biggest newspapers ran a joint editorial asking their Western counterparts to speak up about the impact of US sanctions on Iran. 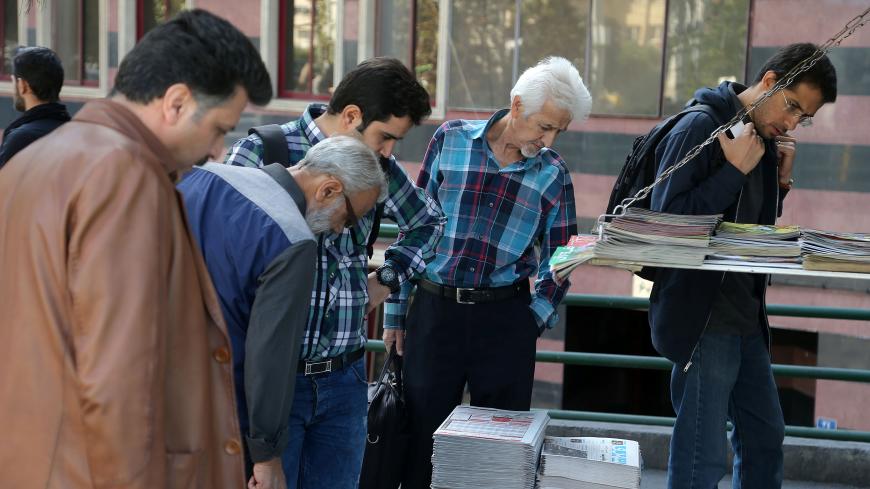 In a joint editorial, four of Tehran’s top newspapers decried the US exit from the nuclear deal and asked American journalists to speak up against the imposition of “tyrannical sanctions” against Iran. Hoping the gain a sympathetic ear in the West, particularly the United States, the 1,500-word editorial published in English and Persian framed the imposition of sanctions as an issue of freedom.

The editorial, “In Defense of Freedom,” led with the second paragraph of the Declaration of Independence, concerning “life, liberty and the pursuit of happiness.” It echoed Abraham Lincoln’s Gettysburg address, beginning with the line, “Just twelve scores [sic] and two years after Thomas Jefferson wrote this statement …”

The editorial stated that despite numerous verifications by the International Atomic Energy Agency and the continued adherence of the Joint Comprehensive Plan of Action by Iran, the five permanent members of the United Nations Security Council and the European Union, President Donald Trump left the nuclear deal and “trampled over the US constitution and international law.” In addition to the Declaration of Independence, the editorial also invoked UN Resolution 2625, the Declaration on Principles of International Law concerning Friendly Relations and Cooperation of Among States, which was adopted by the General Assembly in 1970. The resolution forbids using economic measures coercively against other states.

The editorial also made references to English philosopher John Locke, Martin Luther King Jr., Nelson Mandela, Hannah Arendt, Karl Popper and Mahatma Ghandi and pled with journalists in the West to “not keep silent" about "the principles of human freedom.”

The newspapers that ran the editorial — Iran, Hamshahri, Sazandegi and Etelaat — are operated under the direction of the Hassan Rouhani administration or the municipality of Tehran, or are sympathetic to the administration’s policies, in particular the nuclear deal, which removed sanctions in return for Iran reducing its nuclear capabilities. These newspapers and in the journalists who work for them seek to improve relations with the outside world.

However, how well the journalists who penned the letter can connect to the Western media remains to be seen. It is unlikely that many American journalists will be moved by references to John Locke or his influence on the founding fathers. Also, most American journalists are consumed with their own battles with Trump and his attacks on the media.

Sanctions against Iran have historically had bipartisan support in the United States and even liberal columnists spoke in support of sanctions against Iran under President Barack Obama. While Trump may be unpopular at home and leaving the nuclear deal was not a widely popular move, there is a consensus among American pundits that the United States needs to be aggressive toward Iran. An editorial by four leading Iranian newspapers armed with references to a 17th century philosopher can do little to change that.