Iranian media welcomes OPEC's agreement to exempt Iran from cutting output, characterizing it as a victory over Saudi Arabia. 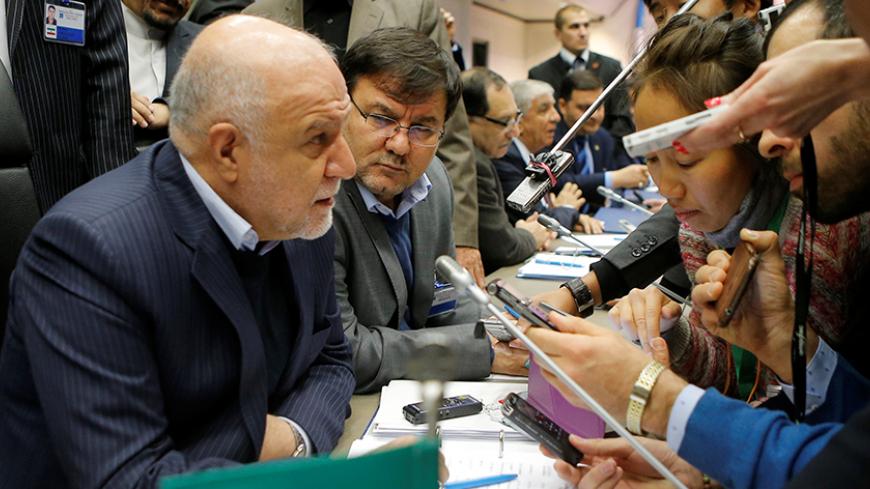 After seven months of negotiations, OPEC agreed to cut production in order to boost the price of oil, while exempting Iran, Nigeria and Libya from output cuts. Iranian media hailed the Nov. 30 deal in Vienna as a victory over Saudi Arabia.

It is OPEC's first supply cut in eight years, and will come into effect in January, along with a promised combined cut of 600,000 barrels per day (bpd) by Russia and other non-OPEC producers. Oil prices surged more than 9% immediately after the deal was announced.

At the Nov. 30 meeting, Saudi Arabia, the world's biggest oil producer, agreed to reduce output by about 500,000 bpd. Iran, however, continued to insist on being exempt from production cuts because of its lost share of the market during the years of international sanctions. Under the deal, Iran will be allowed to slightly increase output by 90,000 bpd to 3.797 million bpd. Meanwhile, the so-called reference production level, referring to Iran's determined pre-sanctions output, has been set at 3.975 million bpd.

A day before OPEC's meeting, on Nov. 29, Iran's Petroleum Minister Bijan Namdar Zangeneh said, "Those countries that raised their crude oil production the most while Iran was under the sanctions and Libya and Nigeria were engulfed in civil struggles must shoulder the burden of the OPEC production cuts more than others."

Since the lifting of nuclear-related sanctions in January, Iran has eagerly sought to return to the global oil market and to bring foreign investors back into its oil and gas sector. On Nov. 8, France’s Total became the first Western energy giant to agree to return to Iran. The preliminary $4.8 billion agreement, which is expected to be finalized early next year, was signed between the National Iranian Oil Company and a consortium led by Total to develop Phase 11 of Iran's giant South Pars natural gas field.

The Iranian state broadcaster's newspaper Jam-e Jam covered the OPEC deal Dec. 1 with the headline, "The Defeat of Riyadh's Oil Diplomacy." The Jam-e Jam story read, "Finding a mechanism to implement the deal and control the oil production of OPEC member countries is more important than just reaching an agreement."

Hamshahri daily on Dec. 1 printed the headline, "Oil Deal in Favor of Iran," and published the details of the agreement on its front page. It further highlighted Iranian-Russian relations and the Nov. 28 phone conversation between Rouhani and his Russian counterpart Vladimir Putin. According to Hamshahri, the phone call had a major impact on OPEC's agreement and pressured Saudi Arabia to accept Iran's conditions for a deal.

The government-run daily newspaper Iran also endorsed the agreement and led its coverage of the accord with "Iran’s Oil — Victory at OPEC." The daily wrote, "Iran's energy-related diplomacy saved OPEC from dissolution, and Saudi Arabia and its allies accepted the logic of Iran and other OPEC member countries."