Intel: How Saudi journalist’s disappearance is becoming US election issue 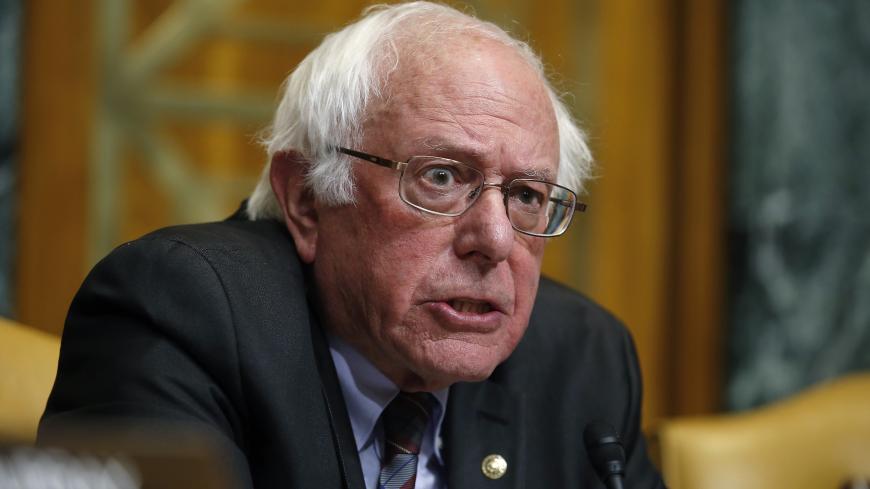 Democrats looking to build a case against President Donald Trump ahead of next month’s elections have begun using dissident journalist Jamal Khashoggi’s mysterious disappearance at the Saudi consulate in Istanbul as ammunition.

Sen. Bernie Sanders, I-Vt., attacked Trump today over his cozy relationship with Riyadh, which he argues enabled Khashoggi’s alleged murder along with other exactions by Saudi Arabia. A favorite among left-wing voters and a possible 2020 presidential contender, Sanders is on a nine-state campaign tour this month to fire up the base for Democratic mid-term candidates.

“If the Saudi regime murdered a journalist critic in their own consulate, there must be accountability and there must be an unequivocal condemnation by the United States,” Sanders said in a foreign policy address at Johns Hopkins University in Washington. “But it seems clear that Saudi Crown Prince Mohammad bin Salman feels emboldened by the Trump administration’s unquestioning support.”

Why it matters: Saudi Arabia can’t afford another black eye in its relationship with the United States. While the oil-rich kingdom is spending millions of dollars to paint the crown prince as a reformist moderate, Congress is increasingly concerned over the humanitarian impact of the US-backed Saudi-led war in Yemen while Trump himself has ripped Riyadh amid rising oil prices.

It’s not just Democrats raising the alarm over the cost to the United States of supporting repressive Gulf regimes.

Sen. Lindsey Graham, R-S.C., tweeted Monday that he had discussed “shared concerns regarding the whereabouts and treatment” of Khashoggi with Foreign Relations Committee Chairman Bob Corker, R-Tenn. and panel member Ben Cardin, D-Md. Sen. Marco Rubio, R-Fla., tweeted Sunday that if “deeply disturbing” reports of Khashoggi’s murder were confirmed, “The United States and the civilized world must respond strongly, and I will review all options in Senate.”

Still, Khashoggi’s disappearance gives Democrats in particular an opportunity to shine the spotlight on Trump’s good rapport with authoritarian leaders. Sanders pointed to Trump’s son-in-law, Jared Kushner, and his “very close” relationship with the crown prince, arguing that it emboldened Riyadh to continue bombing the Houthi rebels in Yemen and retaliate against Canada over its mild condemnation of Riyadh’s repressive policies.

It’s not just the Saudis: Sanders also singled out several US allies, including Turkish President Recep Tayyip Erdogan. He lambasted the Saudis, the United Arab Emirates and its rival Qatar for “spending millions in fossil fuel wealth in Washington to advance the interests of their undemocratic regimes.” Sanders also argued that Trump’s unyielding support for Israeli Prime Minister Benjamin Netanyahu has undermined “the longstanding goal of a two-state solution.”

What’s Next: UN special rapporteur on freedom of expression David Kaye today called for an international, independent investigation into Khashoggi’s disappearance. Although Khashoggi first entered the Saudi consulate a week ago, the Trump administration had remained relatively silent until Monday when Secretary of State Mike Pompeo called on Riyadh to “support a thorough investigation” into Khashoggi’s disappearance and be “transparent about the results.” For his part, Trump simply said, “Hopefully that will sort itself out.”

Know More: Stay on top of the latest in the Khashoggi disappearance at Al-Monitor. Also read congressional correspondent Bryant Harris’ piece last month on the implications of the midterms for Riyadh’s Yemen policy here. And be sure to check out Al-Monitor’s award-winning lobbying series to see how the Gulf States use their vast wealth to influence US policy and public opinion.