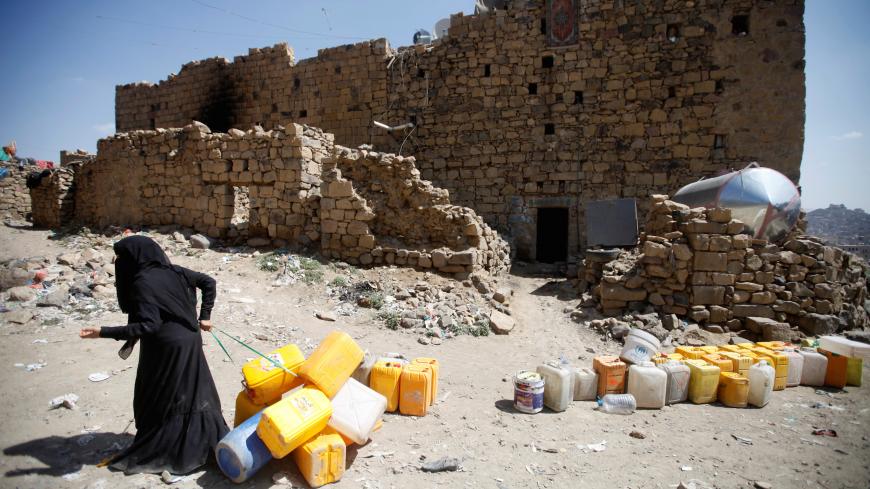 In a rare move, Democrats had attempted to use a Vietnam War-era law to force a floor vote on the conflict. But Republican leaders stripped the bill of its expedited status as part of a procedural vote on unrelated legislation concerning wolves.

In the end, the House voted 201-187 to kill the resolution, which would have directed the president to remove US forces from all Houthi-related “hostilities” in Yemen. The unprecedented vote shields Trump from congressional oversight over his Yemen policy — at least until Democrats take control of the House in January.

“Last week, the Department of Defense announced they would no longer support the aerial refueling of Saudi planes used to bomb targets in Yemen,” Pelosi said in a statement Tuesday. “This step alone does not come close to addressing our concerns or stopping the carnage. The United States has continued to provide additional support to Saudi forces in Yemen, even as they have waged a war of staggering brutality and devastation.”

Republican leadership forestalled a similar gambit from Khanna last year, though he did not enjoy the backing of Democratic leadership at the time. While much of the discussion around the bill has focused on how it would end US midair refueling support for Saudi coalition warplanes, the Trump administration ended that support last week, claiming that the coalition has become self-sufficient in its refueling efforts.

A House Democratic aide told Al-Monitor that the definition of “hostilities” includes targeting assistance, logistical support and the deployment of US troops on the Saudi-Yemeni border to fight the Houthis. Supporters of the legislation could use the bill to try to force the Trump administration to end all of these activities.

“Stopping the midair refueling is a good step forward, but there’s a lot that we’re still doing in support of this war,” the aide told Al-Monitor.

A recent report in Yahoo News, for example, revealed that the Defense Department is conducting a classified operation to assist the Saudis in Yemen, which could potentially involve US troops on the ground.

“This week we saw classified missions happening in Yemen, so we don’t know the totality of operations,” said Stephen Miles, the director of Win Without War, a coalition of anti-war activists that supports the Khanna bill. “It may be Congress saying: ‘You’re not telling us what you’re doing, so we’re going to tell you what not to do.’”

The war in Yemen has also increasingly worried Republican hawks. But most remain unwilling to end US support.

House Foreign Affairs Committee Chairman Ed Royce, R-Calif., for example, called the end of US midair refueling support “an important step in the right direction” in a statement this weekend. But he added that “other assistance to the Saudi coalition will need to continue, given the ongoing threat from al-Qaeda, [the Islamic State] and the Houthis.” (The Khanna resolution does not affect US operations against al-Qaeda and the Islamic State.)

Democrats will have the opportunity to pass the resolution when they take control of the House in January. But it will likely become more difficult to pass in the Senate, where Republicans are expected to expand their margin of control.

Senators already voted to kill the resolution 55-44 when Sanders forced a vote earlier this year. But Senate Foreign Relations Committee Chairman Bob Corker, R-Tenn., warned that the Sanders resolution could gain further traction unless Trump’s Cabinet fully briefs Congress on all US activities in Yemen as well as the US response to Riyadh’s killing of Saudi journalist Jamal Khashoggi.

Although Corker vociferously opposed Sanders’ past effort to force a vote on the resolution, he vowed to stay out of the way this time — even if he doesn’t particularly care for it.

“I laid on the railroad tracks on the last effort,” Corker said. “I can assure you I will not do that again.”

Sen. Rand Paul, R-Ky., has also introduced a resolution blocking the sale of precision-guided munitions to Bahrain, a close Saudi ally participating in the anti-Houthi coalition. And Sen. Bob Menendez, D-N.J., has used his authority as the top Democrat on the Foreign Relations Committee to block arms sales to Riyadh on account of the Yemen war.

Some Republican hawks in the Senate are also turning to nonmilitary avenues to take their frustration out on the Saudis.

Sen. Marco Rubio, R-Fla., a staunch supporter of the US-Saudi military relationship, joined Paul and three other Republicans last month in threatening to block a civilian nuclear cooperation deal with Riyadh. And Iran hawk Lindsey Graham, R-S.C., told reporters on Tuesday that he and other senators are discussing sanctions on Saudi Crown Prince Mohammed bin Salman, the architect of Riyadh’s Yemen campaign, for his alleged role in Khashoggi’s murder.