Intel: Can Khashoggi case really spell the end of MBS? 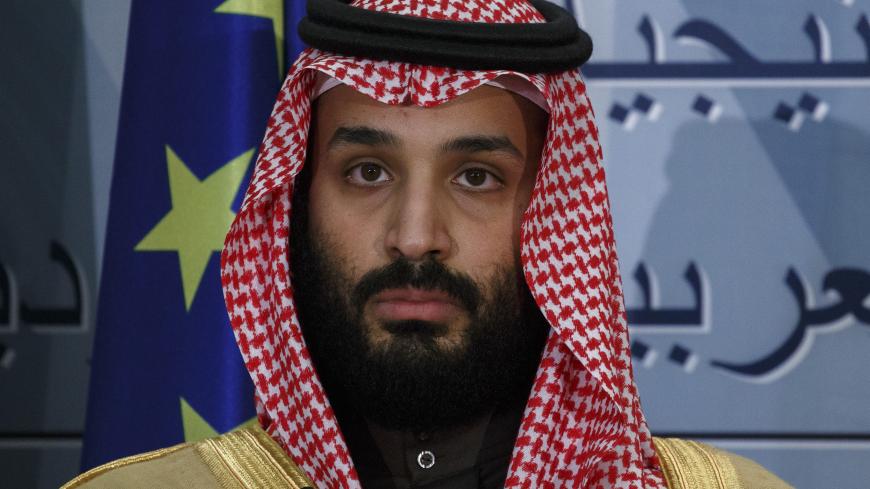 Sen. Lindsey Graham, R-S.C., raised eyebrows this week when the stalwart Saudi supporter told Fox News that Crown Prince Mohammed bin Salman “has got to go.” Now French newspaper Le Figaro is reporting that at least seven representatives of the clans that make up the royal family are meeting in “utmost discretion” to chart a course out of the diplomatic mess created by the disappearance of journalist Jamal Khashoggi from the Saudi Consulate in Istanbul.

Gulf experts surveyed by Al-Monitor agreed that anything is possible as the opaque royal family weighs the financial and political cost of leaving in charge the brash 33-year-old Prince Mohammed, who is often referred to by his initials MBS.

“At this point we’re in uncharted waters,” said Bruce Riedel, a former CIA officer and a regular contributor to Al-Monitor’s Gulf Pulse. “Almost anything could happen, and it’s also possible that MBS could bluff his way through this whole thing and come out the other side.”

Why it matters: The crown prince branded himself as the reformist face of the kingdom as it seeks to transition away from oil wealth to a knowledge-based economy. Now, with allegations flying that he ordered Khashoggi’s brutal murder, he’s become the target of international ire and the embodiment of barbarity.

The crown prince has made powerful foes with his iron fist tactics to squash dissent at home, including the detention of members of the House of Saud at the Ritz-Carlton last year. To reduce the pressure, Riedel suggested Prince Mohammed could move to have King Salman take him off the throne-in-waiting — at least for now.

“He has gone to great lengths to increase the climate of fear,” Riedel said. “He could be assassinated. He knows that, and he’s taking extreme measures to prevent it.”

King Salman could also redistribute power, said Hussein Ibish, a senior resident scholar at the Arab Gulf States Institute in Washington, to strip MBS of his control over Saudi Arabia’s armed forces, or diffuse authority to other royals with new commissions or agencies steered by the reigning monarch.

“People talk about MBS as if he’s the de facto ruler of Saudi, and he’s not,” Ibish said. “The king’s old, he’s ceded a lot of day-to-day authority, but I don’t think there’s any doubt that when the king puts his foot down, he gets his way.”

If the Saudis “go after Asiri, who has been in MBS’ circle for a long time, perhaps they are at least somewhat serious about accountability,” a former senior US official told Al-Monitor. “If they go after others, they may just be trying to use the crisis to re-position or promote MBS allies.”

The international — and particularly US — reaction may also play a role. While President Donald Trump and Secretary of State Mike Pompeo appear eager to move past the Khashoggi affair, furious lawmakers in Congress may yet get their way if they can extract enough pain in the form of frozen arms sales, for example.

“I thought [Graham] was sending a message to Trump that MBS has embarrassed us,” said Kristian Coates Ulrichsen, a fellow at Rice University’s Baker Institute. “We’ve backed him all the way, and this is how he treated us. It was very clear and very strong.”

Other experts see Saudi elites lashing back at Washington for interfering in Riyadh’s crackdown on dissent as it attempts ambitious social and economic reforms.

“This new consensus within the family is to protect MBS for the future,” said one Washington-based expert who requested anonymity. “They see there’s an immense amount of intervention in their transformation and they want to stop it.”

What’s next: While MBS might not immediately add or jettison advisers, the apparent departure of the Saudi ambassador to the US, Khalid bin Salman, first reported by CBS News, could allow for another movement in the leadership. The ambassador, also referred to by his initials KBS, is a younger brother of MBS.

“Look for signs of potential promotion,” said the anonymous Washington expert. “If KBS doesn’t come back, they need to put in an ambassador with deep roots.”

One thing that could upset the crown prince’s power is the death or departure of his father King Salman, who is 82 years old.

“MBS hasn’t gotten where he is because he’s smart. He’s gotten there because he’s ruthless and his daddy has promoted him,” Riedel said. “What happens if daddy goes? Then the knives are out.”

Know more: Al-Monitor is closely monitoring the impact of Khashoggi’s disappearance in Washington and across the region. Read our full coverage here.