Egypt is marketing its treasury bonds in Europe and Asia, though some analysts worry that expanding foreign debt will negatively affect the local economy. 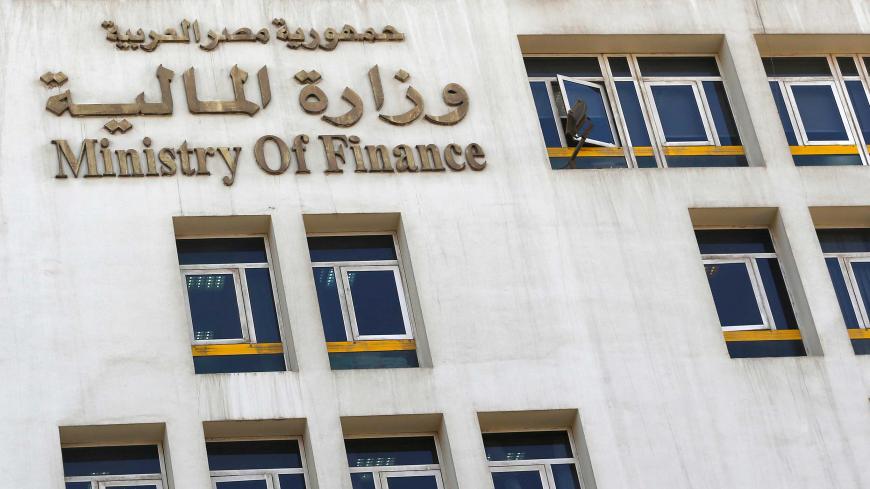 The headquarters of the Ministry of Finance is pictured in Cairo, Egypt, Aug. 4, 2016. - REUTERS/Amr Abdallah Dalsh

Egypt is shopping its government bond offerings abroad, seeking better terms than it's been able to get domestically.

The government has started sending representatives to meet with potential major investors in Asia and Europe, starting in South Korea. Cairo hopes to lower the yields it must pay to investors to secure money to pay off maturing debts, and wants to increase financial liquidity and investment flow into the country.

Last month, the Ministry of Finance canceled domestic bond auctions for the second time this year because banks were demanding high returns of around 18.5%. The ministry, which wants rates of 14.7%, said the high yield demands were triggered by declining investor appetite for emerging-market assets.

The initiative started Oct. 7 in Seoul, and will travel to other key Asian markets, including Hong Kong, Malaysia, Singapore, China and Japan in the second week of November. It will then move on to Europe, visiting Italy, France, the United Kingdom, Switzerland and Germany.

The government’s decision has drawn mixed reactions from economists, some of whom raised questions about the country’s ability to pay back its continuously rising debt.

An Oct. 7 statement by the Finance Ministry said the plan aims to encourage investors to pump their money into Egypt and benefit from the momentum of Egypt's successful economic reform program, underway since 2016.

In April, the Finance Ministry reported that foreign investments in Egypt's debt instruments stood at $23.1 billion at the end of March 2018, compared with $20 billion in December of last year. Egypt aims to issue treasury bills and bonds worth 511.21 billion Egyptian pounds ($28.5 billion) in the coming fiscal year, which began July 1.

Ahmed Koura, the former head of Al-Watany Bank of Egypt, told Al-Monitor the government needs cash to carry out its development projects and reduce the budget deficit, but the cycle of issuing bonds to pay off maturing debt is weighing on the country’s foreign debts.

“A policy to continuously expand foreign debts will negatively affect the Egyptian economy and pile up the pressure on coming generations, who will be responsible for paying back these debts,” said Koura.

Ahmed el-Shami, an economist and professor at Ain Shams University, said that although borrowing is harmful to the economy, the government needs to do it to handle the gap in its widening budget deficit.

“The borrowed money will be used to provide basic goods necessary for the Egyptian people and will also be injected into investment projects that will contribute to the national income,” he told Al-Monitor.

Shami said the borrowing won't affect Egypt in the long term because the Egyptian economy is showing signs of recovery and its performance is improving. He added that international rating agency Moody’s in August changed Egypt’s credit rating to positive.

Moody’s found that the government had made substantial progress in implementing International Monetary Fund reforms, imparting "a degree of financial stability not present earlier in the decade." Continued commitment to reform could provide "a degree of resilience to economic and financing shocks, which would support a higher rating, notwithstanding what are likely to remain high annual refinancing requirements.”

Since 2016, the Egyptian government has been stepping up efforts to kick-start its national economy through an IMF-funded economic reform program. The reforms have produced positive results. The country's foreign currency reserves reached $44.46 billion at the end of September, its highest since 2011, according to a Central Bank of Egypt statement. Also in September, the country's annual inflation rate declined to 15.4%, compared with 32.9% in the same month a year earlier.

“Such praise gives messages of reassurances about Egypt’s future ability to pay back its debts,” Shami said.

Finance Minister Mohamed Maait said during a Sept. 17 meeting with members of the Egyptian Tax Association that the budget deficit had dropped to about 9.8% of gross domestic product in June. The minister said the government is working to lower it to 8.4% in the current fiscal year.

Shami told Al-Monitor, “I believe that the government is on the right track after it initiated economic reform measures in 2016, and if these reforms are maintained, borrowing will not be a future burden."