Was Egypt's bond sale a sign of hope or desperation?

Egypt raised $4 billion in a debt sale to help finance its budget deficit, but some economists emphasize that the government must ultimately find ways to generate income if it is to successfully deal with its economic problems and settle its debt. 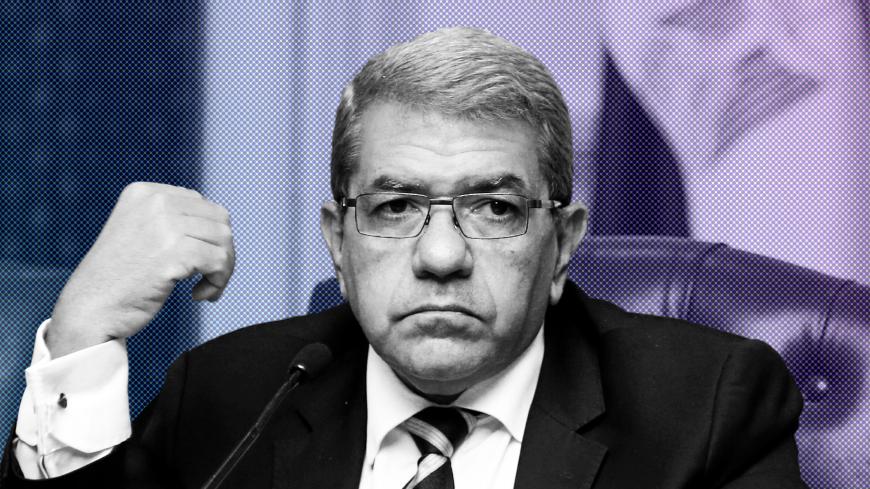 CAIRO — Egyptian Finance Minister Amr El-Garhy claimed in a Feb. 26 press conference that the government's issuance of bonds that month had met with unprecedented success, revealing strong foreign confidence in the Egyptian economy. Egypt raised $4 billion in the debt sale and triggered $12 billion in bids by investors. The high demand and profits from the sale will cover a significant portion of the interest that the government has to pay to the buyers.

Egypt listed the bonds Feb. 14 on the London Stock Exchange, a move that many economic analysts had cautioned against. The Central Bank of Egypt (CBE) received the proceeds from the sale on Feb. 22. Some economic experts deemed the quick sale of the bonds and the large number of bids as a sign of the Egyptian economy's stability, given that the high demand for the bonds led to a drop in their yield and interest. Others, however, believe Egypt will not be able to fulfill its debt obligations, as it is increasingly indebted by the day.

Such concerns were fueled by an agreement signed Jan. 31 by Investment and International Cooperation Minister Sahar Nasr and Hani Salem Sonbol, the CEO of the International Islamic Trade Finance Corporation (ITFC) and a member of the Islamic Development Bank Group. Under the agreement, Egypt will receive $3 billion in loans from the ITFC to finance the purchase of commodities, such as petroleum and its derivatives, and foodstuffs, such as wheat. The ministry's statement about the agreement did not provide details about the loan’s repayment schedule or interest rate.

The CBE announced Feb. 7 that Egypt's total foreign debt had stood at $80.8 billion at the end of December 2017, to which is now added the $4 billion from the London bond sale and the $3 billion ITFC loan. Egypt is also expected to receive the third part of a $4 billion loan from the International Monetary Fund in 2018.

In an interview with Al-Monitor, Wael al-Nahas, an economic adviser to a number of investment institutions, criticized the government’s increasing foreign debt and cautioned that future generations would bear the burden of it. According to Nahas, a sustainable solution to Egypt's economic crisis requires the government to develop its own financial resources — that is, industrial, agricultural and tourist projects to generate income — rather than continuing to borrow money. He warned that the government could plunge into crises due to its reliance on short-term debt instruments, such as bonds, some of which the government has only three months to settle.

Farag Abdel Fattah, a professor of economics in the Faculty of Economics and Political Science at Cairo University, agrees in part with Nahas. “In general, borrowing is not the ideal choice a country would make, but sometimes it is the only available and least-harmful option, especially in times of crisis,” he told Al-Monitor. “Egypt experienced an economic crisis in 2016 due to the sharp decline in Russian tourism.”

Tourism is Egypt's most important source of foreign currency. After Islamist militants downed a Russian passenger plane in the Sinai in October 2015, the subsequent sharp decline in Russian and British tourists forced the government to turn to borrowing.

Abdel Fattah further remarked, “The problem is that most of the debt is aimed at financing the budget deficit, importing basic commodities and increasing the country’s cash reserves in a bid to improve Egypt’s credit rating, but a part of the debt must be allocated to national industrial, agricultural or tourist projects in order to secure and develop financial resources, dispense with borrowing and contribute to the repayment of debt.”

Rashad Abdo, the president of the Egyptian Forum for Economic and Strategic Studies, believes that Egypt’s debt is not a matter of great concern, because the government has successfully managed to make payments on time and is expected to continue to do so.

“Indebted economies are not failed ones,” Abdo told Al-Monitor. “The US is one of the world's most indebted countries and the largest economic power in the world. Egypt paid $30 billion on its debt in 2017, compared to about $19 billion in 2016.”

“This is why Egypt can keep borrowing to finance its budget deficit, increase its reserves and improve its credit ratings to set the stage for a strong economy that embraces development and successful investments,” Abdo added.

Asked how serious Egypt's debts are for its economy, Amr Hassanein, the chairman of the board of the Middle East Rating & Investors Service, told Al-Monitor that there are two standards that help measure the seriousness of a debt: the state’s ability to repay it and the size of the debt compared to the gross domestic product (GDP).

Hassanein said the situation becomes serious when debt exceeds 100% of a country’s GDP, and Egypt’s debt is not there yet. State revenues are on the rise, due to oil and gas projects, plus Egypt has the potential to enter the global oil market following the inauguration of the Zohor Gas Field Project this past January. Further, there are explorations for gas in the Red Sea. These developments are reassuring indicators of Egypt's ability to repay its debt.

According to Finance Minister Garhy, Egypt's GDP is expected to reach 4.3 trillion Egyptian pounds ($240 billion) by the end of fiscal year 2017/18, which means that its foreign debt, estimated at $100 billion, accounts for 41.7% of total GDP.