Some economists say the government's plan to issue dollar-dominated and euro-dominated Islamic bonds will generate more financial resources, while others worry the move strays from Egypt's secular nature. 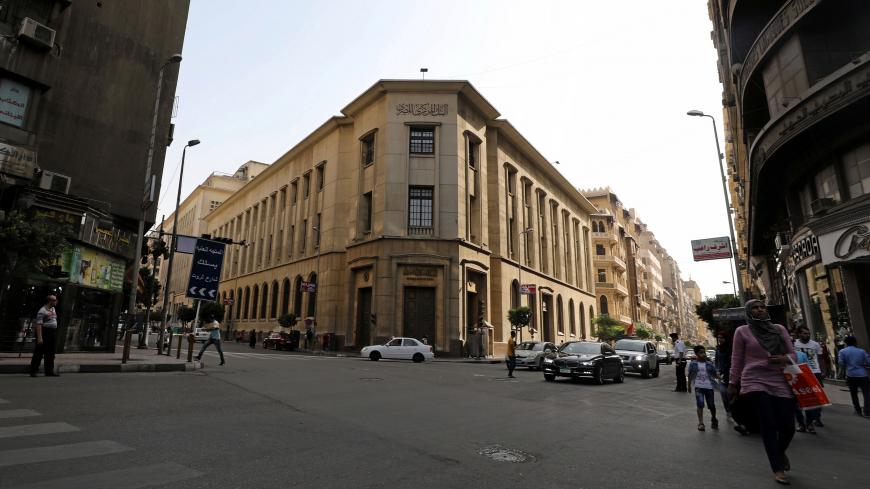 Economists have mixed reactions regarding the Egyptian government’s plan to issue dollar-dominated and euro-dominated Islamic bonds (sukuk) over the next fiscal year, which began July 1, with the aim of diversifying sources of financing and giving a push to economic stimulation efforts.

Ahmed Koura, a veteran banker and the former head of Al Watany Bank of Egypt, said that the issuance of Islamic bonds would attract capital mainly from Muslim markets in the Middle East and Southeast Asia.

“The government is trying to attract as many investors as possible and diversify its funding options in order to fill the gap in its budget deficit, reinvigorate financial markets and carry out several economic, investment and infrastructure projects,” Koura told Al-Monitor.

Koura also said that Islamic finance complies with Islamic law, or Sharia, and relies on the concepts of risk and profit sharing. He added that Islamic law bans earning interest on loans and it prohibits funding activities involving alcohol, pork, pornography or gambling. “These qualities resonate with many businessmen all over the world, and this can attract a good number of investors to Egypt,” Koura said.

He added that Islamic finance is not only restricted to Muslim countries, but “it has recently drawn the attention of non-Muslim states, including the UK, Luxembourg and Hong Kong. It is a promising market, and it is growing rapidly.”

The idea of tapping into the international sukuk market was first introduced during the reign of ousted President Mohammed Morsi in 2013. In March 2013, Morsi signed a bill allowing the government to issue sukuk in order to boost the country's dwindling finances and stimulate economic growth.

The law was issued after it had met recommendations made by Al-Azhar, the highest seat of Sunni Islamic learning. The law was also endorsed after foreign currency reserves and the credit rating had swiftly declined due to political turmoil.

Some economists believe that the government is now making this move to generate more financial resources.

However, other economists say that the issuance of sukuk would oblige the government to use the funds generated from sukuk in only carrying out “ethical” projects.

“This contradicts Egypt’s secular nature, and this was a plan by the Muslim Brotherhood group because they were seeking the Islamization of Egypt,” Ahmed el-Shami, an economist and a professor at Cairo University, told Al-Monitor.

Shami does not think that the government will go ahead with such a plan, as it does not go in tandem with the Egyptian leadership’s policy and ideology.

Koura, however, said that the sukuk market includes several categories of Islamic financial products, including Mudaraba (offering investment advice to a customer and sharing any profits at an agreed ration), Musharaka (investment partnership in which two or more parties share profits and losses), Murabaha (financial institution buying an asset and selling it to a client at a profit) and Ijara (financial institution buying the asset and leasing it to a customer for a fixed rental payment), among others.

“Having such variations will open new investment channels and boost the flow of investors to Egypt,” Koura added.

The Egyptian government has been ramping up its efforts to expand its available sources for funding, hoping to give a push to the state's finances.

On April 11, the government approved a draft law to establish a sovereign fund aimed at making the best use of state assets with a capital of 5 billion Egyptian pounds (about $279 million).

The Egypt Fund, which will be managed by the Ministry of Planning along with a host of other ministries, will benefit several infrastructure projects, create more job opportunities and reduce the budget deficit.

The Egyptian government is also planning to float shares in state-owned companies this year in an effort to boost public assets and draw more local and foreign investors to a growing Egyptian stock market.

According to Koura, the government is planning to use revenues generated from free floating shares in state-owned companies, which are estimated at $2 billion to $3 billion, to finance the Egypt Fund. “The revenues made from the floating of shares in the stock market would be utilized to carry out investment projects with foreign partners through the Egypt Fund,” Koura said.

However, Koura considers the floating of state-owned shares in the stock market as privatization, saying that the government in this way is giving up its existing assets instead of developing and increasing them.

Koura recalled the Egyptian government’s privatization program in 1991, which, according to him, was characterized by failure and corruption. “That program caused the termination of several companies and public sector projects and did not result in positive effects on the Egyptian economy,” he said.

Since 2016, the Egyptian government has also taken a raft of measures to reinvigorate the national economy by creating job opportunities, increasing exports, lowering unemployment rates and reducing budget deficit. Such ambitious measures were taken after the government obtained a $12 billion loan from the International Monetary Fund.

These economic reforms resulted in positive effects. The country’s budget deficit declined to 4.4% in the first half of fiscal year 2017-2018 from 5% last year, according to a statement released by the Egyptian Finance Ministry. Also, the country’s unemployment rate edged down to 11.8% in 2017, compared to 12.5% the year before, according to the Central Agency for Public Mobilization and Statistics.

The country's foreign currency reserves increased to $44.2 billion by the end of June, compared to $44.1 billion a month earlier, according to a Central Bank of Egypt statement. In May, the country's annual urban consumer price inflation declined to 11.4%, compared to 13.1% the previous month.