Egypt is hoping to rely less on natural gas imports after signing a deal with Cyprus to transport gas from the small Mediterranean island before it is liquefied in Egypt for exporting to European countries. 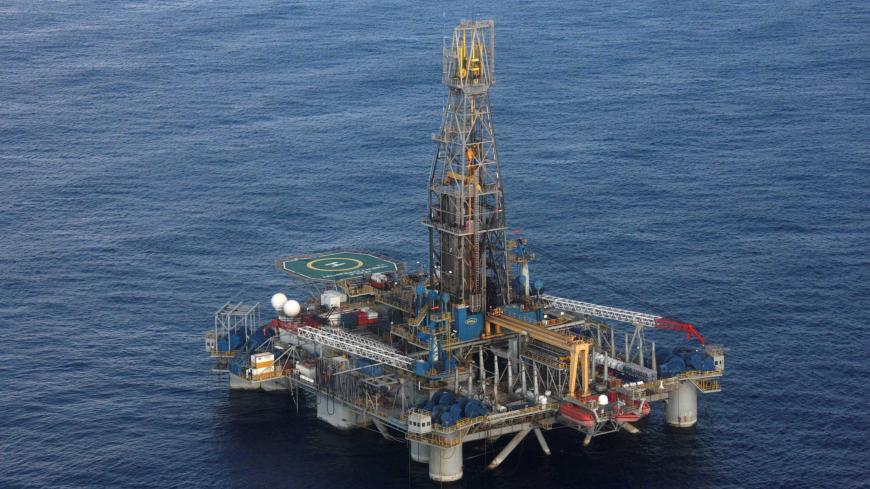 Oil and gas experts have expressed optimism about an agreement that was signed Sept. 19 between Egypt and Cyprus to establish a direct subsea gas pipeline that would transport gas from Cyprus’ Aphrodite gas field to Egyptian liquefaction stations for re-export to European countries.

The experts say that the agreement has settled the competition between Egypt and Turkey to supply natural gas to Europe.

“Now the competition is over. Egypt has managed to develop solid oil cooperation with Cyprus and will largely benefit from liquefying natural gas at its stations and then export it to Europe and other markets around the world,” Tharwat Ragheb, professor of petroleum engineering at the British University in Cairo, told Al-Monitor.

Ragheb said that Egypt and Turkey have competed to become a major gas hub in the Middle East and a top gas exporter to Europe. “Turkey reached a rapprochement in June 2016 with Israel and the two countries agreed to establish gas pipelines that can transport gas from Israel to Europe via Turkey. Nevertheless, it faced an obstacle — which is Cyprus — as these pipelines had to pass through Cyprus’ exclusive economic zone while the two countries are engaged in a historical conflict dating back to the Turkish invasion of Cyprus [in July 1974],” Ragheb added.

He noted that Egypt exploited the fact that Europe is seeking to wean itself from Russian gas in order to get rid of its political pressures as well as Cyprus being at odds with Turkey, and developed a strong alliance with both Cyprus and Greece to boost gas cooperation.

Ragheb said that Turkish-Israeli relations deteriorated when Turkish President Recep Tayyip Erdogan condemned the Jewish state in February after US President Donald Trump announced recognition of Jerusalem as the capital of Israel, slowing down its hopes to become a major gas hub in the region.

Following the signing of the agreement in Nicosia with Egypt, Cypriot Minister of Energy George Lakkotrypis said, "Today's signing is an important milestone not only for Cyprus, but also the entire eastern Mediterranean region."

He continued, “We are essentially talking about a European pipeline, intended to transport Cypriot natural gas to Egypt for re-export to Europe in the form of liquefied natural gas.”

In a statement following the signing of the agreement and after meeting with Cypriot President Nicos Anastasiades, Egyptian Minister of Petroleum Tarek el-Mulla said that the accord is the first of its kind, establishing basic rules for setting off to wider horizons and allowing the private sector and foreign investors to make investments.

Mulla noted that the deal will positively contribute to securing gas supplies to the European Union (EU), referring to a memorandum of understanding signed between Egypt and the EU in the energy field last April and thereby highlighting the key role that Egypt can play in this sector.

On Nov. 21, Egypt and Cyprus signed an initial agreement to transport natural gas to Egypt. Also in 2013, the two countries signed a maritime border demarcation agreement with the intention to develop oil and gas fields in their economic zones.

“The deal is a promising step that puts Egypt on the road to become a natural gas hub in the Middle East and satisfy its local gas needs. This is an unprecedented achievement,” Salah Hafez, former head of the Egyptian General Petroleum Corporation, told Al-Monitor.

Hafez said that with the signing of such an agreement Egypt will benefit from the fees of liquefying gas at its stations as well as from operating liquefaction stations, which have been halted due to a shortage of gas supplies that has turned Egypt from a gas exporter to an importer since 2012.

“The deal will help the country expand in its petrochemicals projects that rely on natural gas. In return, Cyprus will also benefit from this agreement as it will help it market and export its gas, especially since it is considered one of the small markets in consuming gas,” Hafez added.

Since 2014, Egypt has been ramping up its efforts in order to put an end to energy shortages and become an oil and gas exporter again after it turned into an importer following the January 25 Revolution.

The Egyptian government announced Sept. 30 the suspension of importing liquefied natural gas (LNG) after it had received its last shipment last week. Mulla said that the step would save Egypt about $250 million every month.