The mood at this year’s National Council on US-Arab Relations conference was defensive but upbeat. 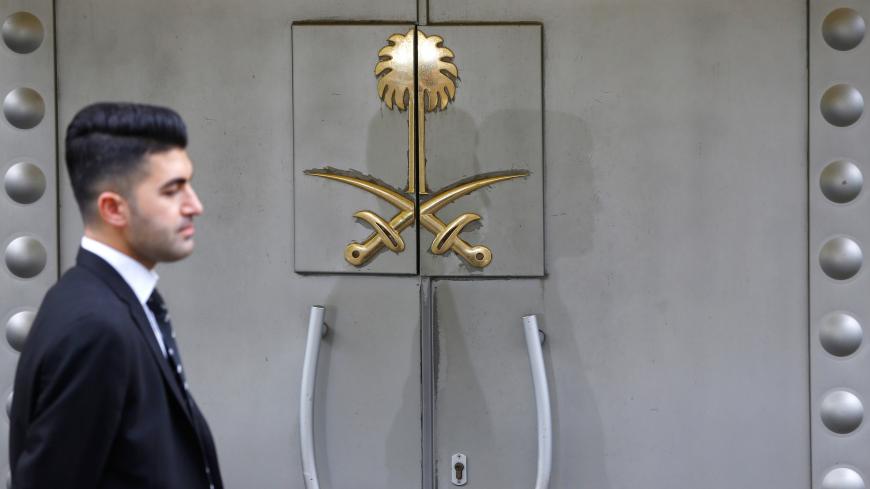 At the annual policy gathering of US and Arab leaders in Washington today, two participants got up to shake hands.

“How are you doing?” one asked. “About as well as you can be doing,” was the reply.

The exchange captured the mood at this year’s National Council on US-Arab Relations policymakers conference, a staple of Washington’s fall calendar since 1992. The usually bullish who’s who of US and Arab policymakers, defense and energy business leaders and academics was overshadowed by the slaying of journalist Jamal Khashoggi and its impact on US-Saudi relations.

Despite the controversy, turnout on the first day of the two-day conference was “about the same” as in past years, James Zogby, a well-known pollster on Arab issues, told Al-Monitor. As the day went on and the ballroom filled up, with a rumored protest by women’s rights group Code Pink failing to materialize, speaker after speaker made the case that Khashoggi’s death should not — and would not — have much of a lasting impact on US-Gulf ties.

“Subjecting the future of the relationship on this issue is not healthy at all,” said Prince Turki al-Faisal, a one-time Saudi intelligence chief and ambassador to the United States.

Promising the Khashoggi probe would move forward, Prince Turki expressed confidence US-Saudi ties would endure. “I believe it will survive this crisis,” he said, describing the friendship as “thicker than water” — making a sly reference to oil. Turki also compared the writer’s death to Israeli killings of Gazans before calling for a moment of silence for Saturday’s shooting victims at a Pittsburgh synagogue.

Other speakers were even more strident in defending Riyadh from leaked Turkish allegations that Saudi military officials dismembered Khashoggi inside the Istanbul consulate.

“The truth about Khashoggi’s murder is out,” said Khalaf al-Habtoor, an Emirati businessman whose hotel projects were displayed in glossy brochures near the conference check-in. “The criminals will be tried and will receive a fitting punishment.”

Shifting back and forth in his chair and fidgeting with the lapels of his suit during a testy series of questions from former New York Times reporter Judith Miller, Habtoor insisted that US businesses and officials who dropped out of a recent Saudi investment conference engulfed by controversy over Khashoggi’s death could lose opportunities to other countries.

“It was a big mistake. They were the losers, 100%. 'Davos in the Desert' was well-attended,” he said. “Those who turn their back on Saudi give their opportunity to Russia, China, and Europe, and elsewhere.”

Meanwhile, US officials who spoke at the gathering remained eager to get Saudi Arabia’s help to advance the Donald Trump administration’s goals in the region. Kent Logsdon, the principal deputy assistant secretary at the State Department’s Bureau of Energy Resources, said he was “very excited” about the Middle East Strategic Alliance, a US-backed military grouping designed to counter Iran.

But it’s not clear, after Khashoggi’s death, how quickly that cooperation will be coming. Al-Monitor reported in September that the White House has delayed the rollout for the group until next year.