Visas and other services may be collateral damage as the Donald Trump administration closes the Palestine Liberation Organization’s mission office in Washington. 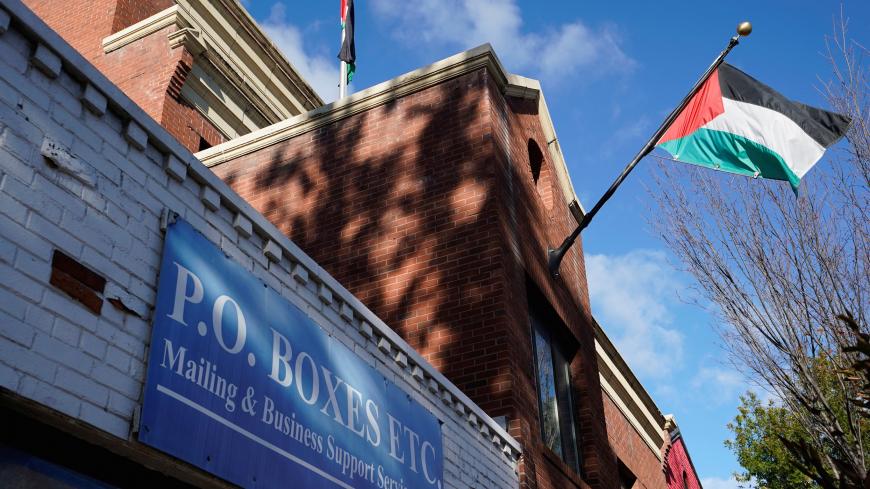 Palestinian-Americans are at risk of being collateral damage in the escalating diplomatic row between Washington and Ramallah.

The State Department announced Monday that it was ordering the closure of the Palestinians’ mission in the US capital because of their refusal to participate in a US-backed peace process that favors Israel. Unmentioned, however, is the fact that the Palestine Liberation Organization (PLO) office also provides a bevy of consular services for Palestinians, Palestinian-Americans and others seeking to do business in the West Bank and Gaza.

A source close to the Palestinian Authority called the office’s consular services “essential” in a recent interview with Al-Monitor.

“People don’t apply for visas to get back into their homeland if we don’t have a consulate,” said the source.

The State Department has offered few details about its plans for the PLO mission beyond saying it “should close,” leaving widespread uncertainty about the fate of consular and other non-political services provided by the Washington mission. The PLO envoy to Washington, Husam Zomlot, who has been out of the country since May, told the Associated Press today that remaining Washington staff have been given a month to close up shop but offered few details.

The State Department did not respond to a request about contingency plans for US citizens and others in need of consular services and instead referred Al-Monitor to the Palestinians. The PLO office, however, has not responded to media queries since Monday’s announcement.

The Institute for Palestine Studies estimated two decades ago that there were anywhere from 150,000 to 250,000 members of the Palestinian community throughout the United States, although precise statistics are lacking. A government report based on the 2000 federal census found 72,000 people claiming Palestinian ancestry.

“We are talking about thousands of people who are regularly in need of these consular services, be it things related to marriage and divorce, doing any kind of business, adding a phone line to a business they already have existing in the Palestinian territories or any of that stuff,” Omar Baddar, the deputy director of the pro-Palestinian Arab American Institute, told Al-Monitor.

“There is not a day that goes by where they don’t do this stuff,” added Baddar.

Under current law, the Palestinians may not maintain an office in Washington because they are pursuing complaints against Israel at the International Criminal Court (ICC) in The Hague. The law only allows an exemption if the Palestinians “have entered into direct and meaningful negotiations with Israel.”

Congressional efforts to force the executive branch to kick the Palestinians out date back to President Ronald Reagan’s dialogue with the PLO. The PLO office closed for several months after Congress passed a precursor to the current law in 1987.

The Palestinians’ 2015 accession to the ICC has rekindled opposition to the PLO from pro-Israel hard-liners on Capitol Hill. The chairwoman of the House’s Middle East panel, Rep. Ileana Ros-Lehtinen, R-Fla., and Sen. Ted Cruz, R-Texas, said in a June letter to Secretary of State Mike Pompeo and Attorney General Jeff Sessions that the Trump administration was violating the law by keeping the office open.

The Palestinians retain a mission to the United Nations in New York, but it only serves a diplomatic function. That office has previously been deemed as exempt from congressional oversight because of a US treaty with the UN, according to a 1988 district court ruling.

The Trump administration is taking steps beyond those taken by Congress to defend Israel — and the United States — from ICC investigations. Speaking at the conservative Federalist Society on Monday, national security adviser John Bolton threatened sanctions and criminal prosecutions against ICC judges and prosecutors should the court launch cases against the United States, Israel or other allies.

“While the court welcomes the membership of the so-called state of Palestine,” Bolton said, “it has threatened Israel — a liberal, democratic nation — with investigation into its [Israel's] actions to defend citizens from terrorist attacks in the West Bank and Gaza.”

Critics of the administration’s hard line argue that it won’t change Palestinian government policy while harming ordinary Palestinians both in the United States and abroad.

“Part of the problem we find ourselves in today is because of congressional pandering, frankly from both sides of the aisle,” said Baddar. “They just did what served their domestic political purposes without really giving enough thought to what the real-world implications are on the region.”